Your survival guide for Fringe's 13 days of fabulousness - tips, tricks and wisdom gained through the ages

by Orlando Weekly and Staff 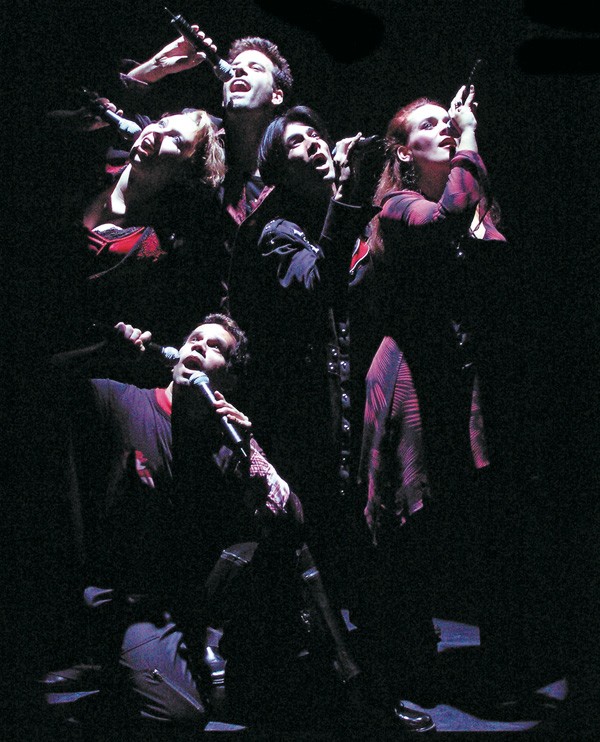 Orlando International Fringe Theatre Festival shows are in two buildings: the Orlando Shakespeare Center and the Orlando Repertory Theatre (aka the Shakes and the Rep), both located in the Loch Haven Park campus at Mills Avenue and Prince-ton Street. (Kids' Fringe shows are presented in the Mennello Museum of American Art, 900 E. Princeton St.) Check out show details, festival policies and venue maps at orlandofringe.org, where you can also buy tickets.

Go first, because there's no re-entry if you leave a show.

The $8 button is a one-time purchase that gets you into all the shows and funds Fringe's operations – ticket sales go to the shows themselves. It can only be purchased on site at the festival (cash only!). Without it you will not be admitted to any show, so don't lose it.

Bring it. The on-site ATM tacks on fees and gets cleaned out fast on weekends.

Less foot traffic, more restrooms and a quicker box office line: It's a great place to soak up some air conditioning between shows.

Take flyers from artists; one of the best parts of Fringe is the conversations that come out of those exchanges, and you can tell a lot about a show by the person promoting it.

Between the Shakes and the Rep lies a broad grassy swath; here you'll find the beer and wine tent, food vendors, an ATM, a Poetry Vending Machine and a seething mass of theatrical humanity.

Even if you've paid for a ticket, once the doors close, you're not getting in. Arrive at Loch Haven Park at least 30 minutes before your showtime and leave plenty of time to walk to your venue; it may be on the opposite end of the complex.

Limited, to say the least, but you can always bite the bullet and pay to park in the Orlando Science Center garage. If you absolutely refuse to pay, get there before 10 a.m. to try and park in the Shakes lot, or hoof it from Alden Road above Orange Avenue or the Lake Virginia neighborhood. Better yet, ride your bike. There are ample bike racks.

Best place for a secret snog session: among the sculptures on the Mennello Museum grounds.

Follow @OrlandoFringe on Twitter and befriend the fest at facebook.com/orlandofringe for late-breaking announcements, pictures, and dare we hope … gossip?

Popular shows will sell out, and the box office lines can move slowly. Save yourself the hassle and buy online with a credit card. You'll pay the same $1 per ticket processing fee whether you buy in person or online.

Don't forget: hat, sunscreen, umbrella. Until Fringe moves seating into the shade, prepare to bake while sipping your beer on the lawn. And until the sun falls out of the sky, there will be afternoon rain showers in Central Florida. If you do get drenched, duck into the Orlando Museum of Art to buy a dry T-shirt or umbrella.