How to make a Suburban, 2016's next trendy cocktail 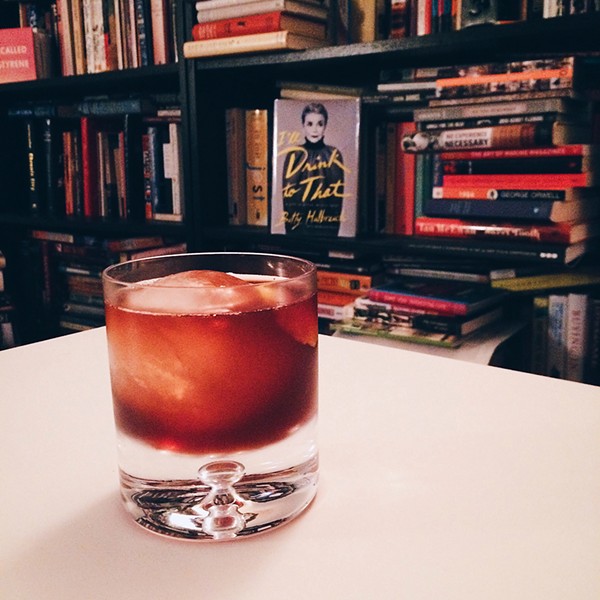 The end of every year is rife with trend stories, especially in the food and drink press, and so it was that I learned (or was informed, by several sources) that port is 2016's Next Big Thing in the cocktail world.

It's not a new assertion, but also not a surprising one. Port is available in a wide range of varieties, each with its own flavor profile – tawny ports are nutty and dry, ruby ports fruity and rich, white port crisp and zippy, and there are several more types to explore, if you're inclined. The Portuguese wine (technically fortified wine, with an ABV around 20 percent) has in recent years shed its fussy reputation and slipped onto cutting-edge cocktail menus – rather than quaffing a glass with the other gentlemen in the library after dinner at Downton Abbey, you can enjoy it now at trendy Winerave events in Los Angeles or at cocktail joints in Williamsburg and Portland.

So far as Remix goes, there are a few classic cocktails that incorporate port – and the best one I've tasted by far, despite its unfortunate name, is the Suburban. (It's named after a horse race, not a supporter of urban flight.) It's a strong, rich, classic 1:2:3 recipe that demands to be sipped, every bit as muscular as a Manhattan. If I may make my own trend prediction, I forecast a rise in bartenders mixing Suburbans in 2016.

They'll probably do as I did, though, and put their own twist on the recipe. The inspiration to look for a port cocktail was my luck in being able to try a bottle of Angel's Envy (courtesy of Will Walker, proprietor of Will's Pub and Lil Indies) over the New Year's holiday. It's an 86-proof bourbon aged in port barrels named for the "angel's share," the liquor that evaporates through the wood of the barrels while aging.

The port-barrel aging lends a figgy overtone to the silky-smooth bourbon. Combining it with Hum Botanical Spirit, a hibiscus liqueur with complex cardamom overtones, makes for a ruby-toned cocktail similar to the Suburban, though there's no actual port involved. Maybe that's safer for now, for city dwellers.


1 1/2 ounce rye
1 ounce ruby port
1/2 ounce aged rum
Stir all ingredients in a mixing glass with cracked ice. Strain into a chilled glass. Garnish with a twist of lemon peel. (Bend the peel over the top of the drink to express the oils before dropping it in.)

I prefer to shake rather than stir, but the only true difference is that a shaken drink tends to be a bit cloudier. Whichever you choose, this drink is all liquor, so give it a good long stir or a 10-count shake to infuse a bit of water. (Serving it over ice really does affect the flavor, so unless you're going to drink very quickly, don't. But if you have a gulper on hand, use one very large piece of ice.)

Stir or shake all ingredients with cracked ice and strain into a chilled glass. Garnish with a twist of lemon peel, expressing the citrus oil as above.