How to play beer pong

Remember: This is a drinking game, not an Olympic sport, so rules may vary 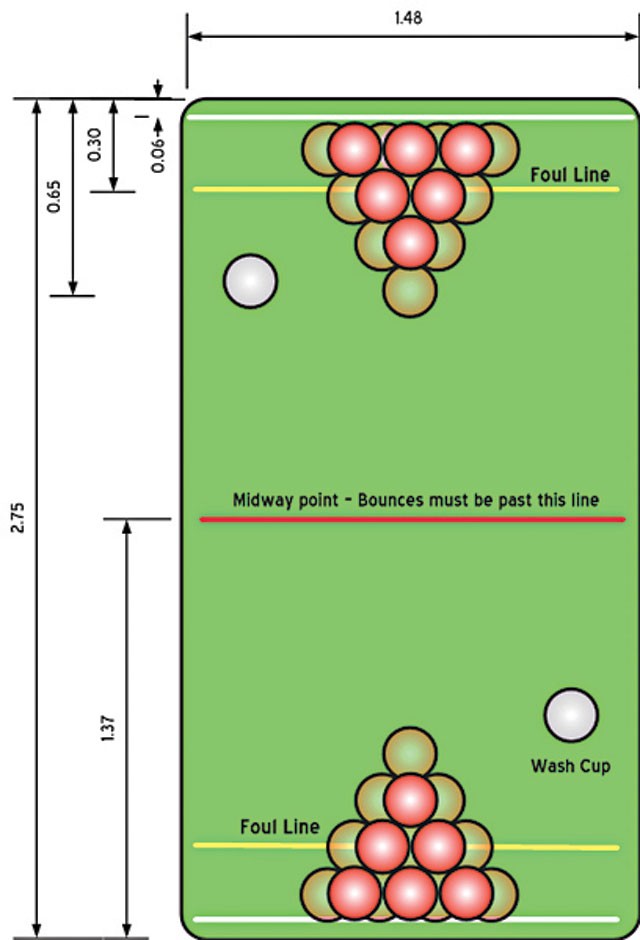 Beer pong rules vary, but the broad strokes are that this is a drinking game in which 10-20 cups are arranged into pyramid formation, right side up, on each side of an 8- to 10-foot-long table. Each cup is filled with beer (traditionally, each cup contains 12 ounces of beer, but you can improvise depending on how fucked-up you hope to become by the end of the game).

Two or more teams compete by tossing pingpong balls across the table, aiming to land them into the opposite team's cup. When a ball lands in a cup, the opponent has to drink the contents of the cup (chugging, ideally) and the cup is then retired from the table. Whichever team eliminates the other team's pyramid of cups first wins the round (though, arguably, nobody loses since the losing team is the drunk one).

The winning team usually goes on to play the next challenger.