Screenshot via ABC News/YouTube Hunter Biden discussed his business dealings in Ukraine and China on Oct. 15 with ABC News

I've never thought Joe Biden would be the Democratic Party's presidential nominee. He's too old, too moderate, too generic, too white. He inspires Beltway pundits (and Onion writers) and few others. He gets by on Barack Obama's halo. And he's competitive because the progressive wing is still split between Bernie and Liz.

But if he wants to keep the dream alive, Joe had better keep his son Hunter off television.

A quick primer if you haven't been following along: Hunter joined Burisma's board along with some other notable names in 2014 – a mostly ceremonial role, according to Reuters, designed to insulate the company from corruption probes – for $83,333 a month. (Nice work if you can get it.) A Ukrainian investigation fizzled a few months later. In 2016, at the behest of the U.S. and its European allies, Joe Biden used the threat of $1 billion in loan guarantees to force Ukraine to fire its chief prosecutor, whom America deemed too soft on corrupt officials – including the oligarch who ran Burisma.

Hunter has never been accused of wrongdoing, either by Ukrainian or American authorities. But Trump and his allies have insinuated all sorts of chicanery – without evidence – and while holding up hundreds of millions of dollars in military aid this summer, President Trump demanded that Ukraine open a criminal investigation into Burisma and the Bidens, which kick-started the ongoing impeachment inquiry.

In the ABC interview, Hunter confessed to what he called "poor judgment": "In retrospect, look, I think that it was poor judgment on my part. ... Was it poor judgment to be in the middle of something that is a swamp in many ways? Yeah." This, he continued, "gave a hook to some very unethical people to act in illegal ways to try to do some harm to my father. That's where I made the mistake. So I take full responsibility for that. Did I do anything improper? No, not in any way." 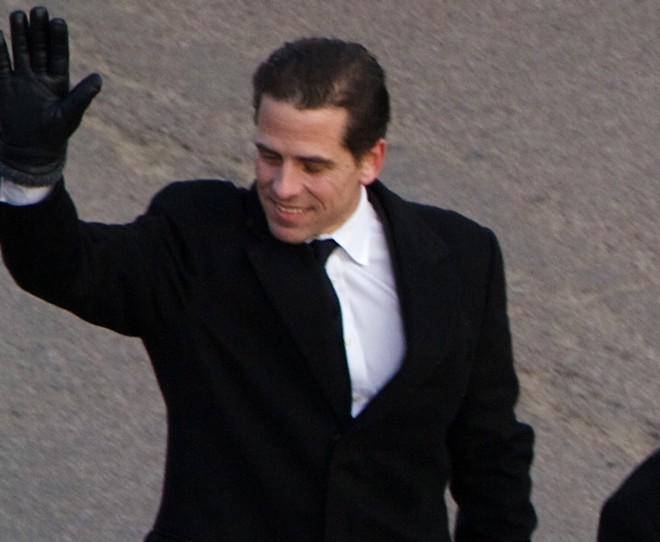 That mindset exemplifies the swamp that Donald Trump so effectively derides. Hunter got the job because he's a Biden; he egregiously profited from proximity to power. He acknowledges as much: "There's literally nothing, as a young man or as a full-grown adult, that my father in some way hasn't had influence over."

Let's be real: If someone wants to pay me $83,000 a month to have the last name Biden, I'll go down to the courthouse today. So I suppose it's hard to fault Hunter for taking the easy money – although you'd think his father's long shadow might make him more judicious about the roles he accepts. But those kinds of positions only exist because of the expectations attached to them – in this case, the expectation that having a Biden on your side might help you out when things get rough.

Joe Biden staked his brand on being a regular guy from Scranton, but Hunter Biden cashed in on old-fashioned American oligarchy. It's all perfectly legal, and to the oligarchs, it's all perfectly ethical. And that, dear readers, is the problem.

Of course, there are no worse messengers to shine a light on this problem than the Trumps.

The day ABC aired the Hunter Biden interview, Eric Trump – the one with the American Psycho hair – went on Fox News to say that the difference between the Trumps and the Bidens is that "when my father became commander in chief of this country, we got out of all international business."

The Trump Organization does all kinds of overseas business, and the president has maintained his stake in it. Both Eric and Donald Jr. travel internationally to conduct business and promote their hotels; the Trump Organization recently got approval to build a new ballroom at its golf course in Ireland; and the business has projects underway in Canada, the United Arab Emirates, Indonesia, the Dominican Republican, and so on.

A few days later, Trump announced that he'd host next year's G7 summit at his bedbug-ridden Doral Resort in South Florida, enabling him to make a mint off his office. This was about as brazen a display of graft imaginable. It was a clear violation of the Emoluments Clause, which prevents the president from taking money from foreign governments. It would be expressly illegal for any other executive branch official to direct a federal contract to his own company. And at a time when Trump's campaign was spending millions accusing the Bidens of cashing in on their office, the hypocrisy reeked to high heaven.

Whether Trump was oblivious or just didn't care, he forged ahead anyway. At least for a few days, until a bipartisan backlash forced him to reconsider. On Sunday night, he called the whole thing off, ranting on Twitter about the Democrats and the media.

Amid it all, acting chief of staff Mick Mulvaney admitted in a press conference that, yes, the administration had a quid pro quo with Ukraine, but that these things happen "all the time" and we should "get over it." (Not that it makes things better, but this particular quid pro quo had to do with a conspiracy theory regarding the Democratic National Committee's email servers, not the Bidens. Though Mulvaney tried to walk it back, that statement will still be Exhibit A in the Articles of Impeachment.)

Hunter Biden took a swim in the cesspool of oligarchical sleaze. Donald Trump and his clan are the embodiment of venality. The two things aren't comparable in scope, but they're fruit of the same tree. And that there's more than a hint of shadiness to Hunter's business dealings will allow Donald Trump to blur the lines whenever his are called into question.