‘I Live in Orlando, but Sometimes I Dream of Other Places’ 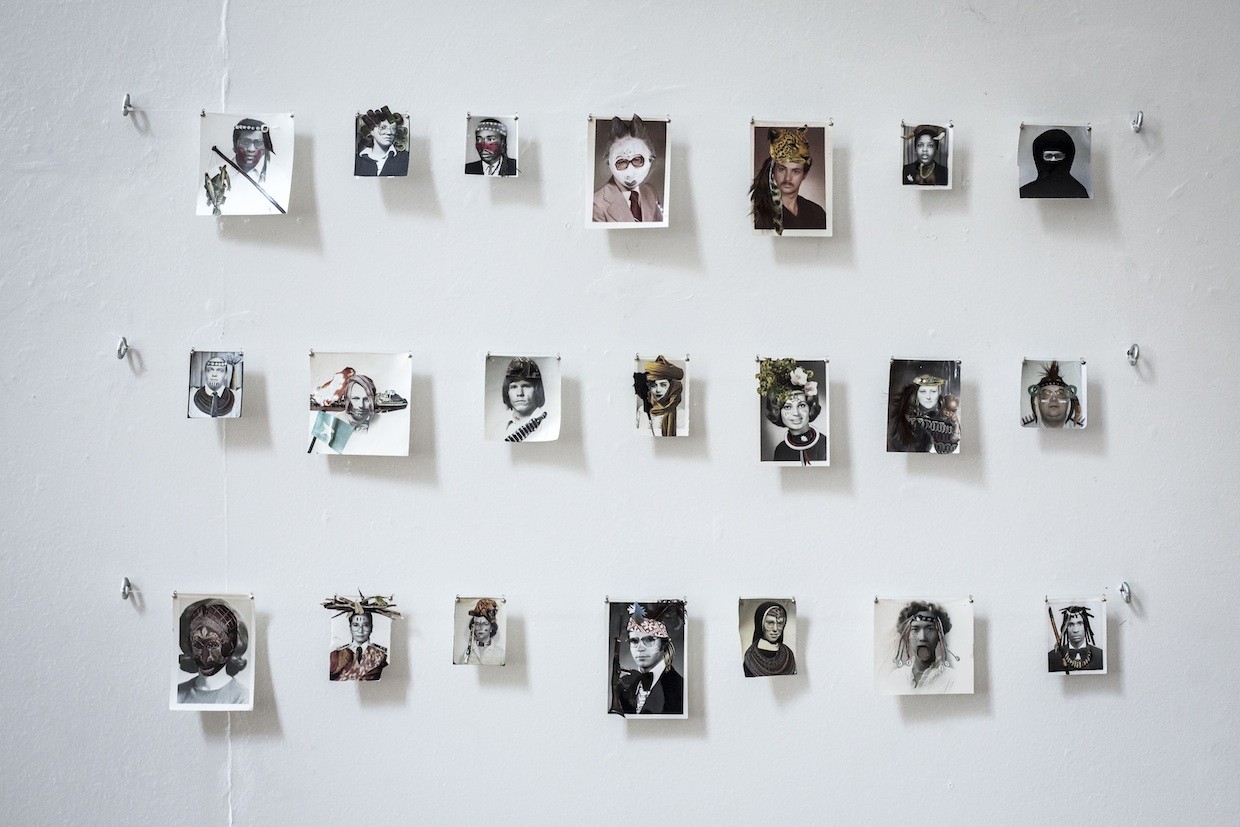 I LIVE IN ORLANDO, BUT SOMETIMES I DREAM OF OTHER PLACES

We all do it once in a while. Call it window-shopping, call it doing a geographical, or just call it daydreaming: Everybody fantasizes about how life would be different if I just lived somewhere else from time to time. The latest show at the Gallery at Avalon Island allows a group of local artists to step out on the place they currently call home (although, perhaps predictably, at least two plan to move to other cities by summer). I Live in Orlando, but Sometimes I Dream of Other Places is a wide-ranging show — some artists took the brief literally and devised odes to escape, while some chose to declare their allegiance to Orlando by creating work exploring home.

In the first camp, a storefront installation composed by Natalie Ayala, David Cookson, Jessica Earley, Patrick Greene (the gallery’s curator) and Mike Linger is the show’s namesake piece. “I Live in Orlando, but Sometimes I Dream of Other Places” is a constructed environment incorporating video, sound, dozens of travel-oriented objects and a jaunty banner emblazoned “CAN’T PIN ME DOWN.” (Viewers are invited to call 321-394-8806 and offer their interpretation via voicemail.) Focusing more on the “I Live in Orlando” side of the show’s formula, Chris Tobar Rodriguez’s fragmented and refracted Orlando cityscapes cheat the game by making Orlando look like an “Other Place,” and Adam J. Thaxton’s beautiful and mysterious ink-and-coffee maps chart an imaginary “post-populated Florida” in minute detail.

Some of the work is less explicitly attuned to the theme, simply touching on a sense of place. A “video postcard” created by Ivan Riascos wittily comments on the pastoral ideal – the small glowing image of a peaceful hill sloping into the sea is accompanied by a pair of headphones; put them on and hear a unexpectedly grating soundscape of crackling wind, traffic noise, planes and buzzing insects. Lesley Silvia unleashes a powerful group of papercut works; if they refer to a place, that place may be one’s own interior world, as the works seem to speak more to the integration/disintegration of identity. And Sarah Beck’s stunning installation “We Need” may not overtly discuss leaving or staying, but man, is it good: a hulking, serpentine volume that’s irresistibly textural, pleasurably obsessive.

But my favorite piece in the show – an installation I’ve returned to the gallery three or four times now to revisit – is Tess Bonacci’s “False Africans” (see above). Bonacci, who has lived on and off in Africa for years, notes in her artist’s statement, “Perceptions of Africans are incredibly limited. … It’s the most culturally diverse continent on the planet; but also full of bankers, videographers, entrepreneurs and hip-hop artists living in cities and driving SUVs.” She addresses stereotypical notions of “African-ness” in a lighthearted but pointed manner by applying hackneyed signifiers to a handful of found passport photographs. Thus Southern white men and women from the 1970s are doctored with leopard skins, feathered headdresses, masks and ammo bandoliers. The resulting pastiche is both absurd and delightful, and it eviscerates the idea that there could be a visual shorthand for a continent of 1 billion people. “Turning an American man into a Congolese M23 fighter is completely far-fetched,” says Bonacci. “But so too is any association between a Zambian farmer and an M23 fighter.”

Bonacci declines to engage in academic jargon or buzzwords (don’t ask her to “unpack her practice”), but despite its humor, her work is not a lark. Readers may remember “Hoard,” Bonacci’s 2010 work from the Daily City Mobile Art Show (which: bring back to Orlando!) – a blanket sewn of stuffed toy cats, inspired by the news account of a woman who slept with her 66 cats for heat. Bonacci’s lighthearted execution of work addressing social issues doesn’t imply a lack of seriousness, but rather a sly accessibility.