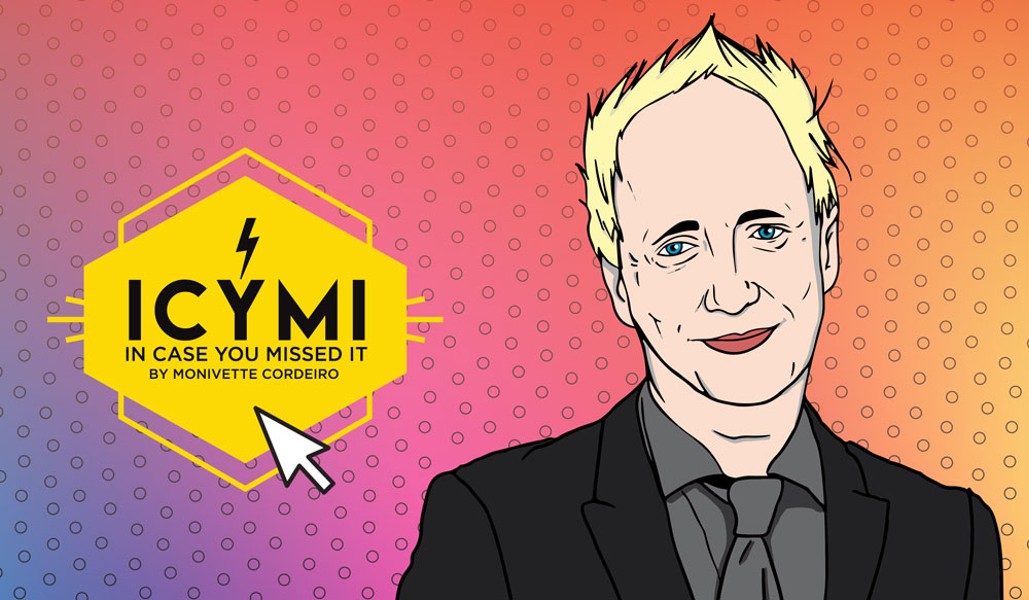 Manes, 45, was a writer, activist and longtime columnist for Orlando Weekly and former editor-in-chief at the local LGBTQ publication Watermark. After complications related to advanced pneumonia, he passed away peacefully last Friday surround by his husband Anthony Mauss, friends and family. "Billy Manes was a walking fucking miracle, a man who fought ferociously to create a world where justice, equality and respect were the cornerstones of his community," his husband said in a statement after his death. "He loved you, Orlando, and he knew of your love for him. He fed off it; it sustained him. He would have fought proudly for each and every one of you forever. Unfortunately, his body had other plans. Grieve, Orlando, grieve, but don't forget to laugh, create joy, and love each other wildly. That would honor him." Manes' impact on our publication and Orlando as a whole is difficult to sum up in one paragraph. OW will be honoring his life in more depth in next week's issue.

Gov. Rick Scott's lawyers are asking the Florida Supreme Court to dismiss a petition that's trying to stop the governor from appointing three new justices the day he leaves office. Justices R. Fred Lewis, Barbara Pariente and Peggy Quince, part of the court's liberal side, are set to be termed out in 2019 by age limits. Voting rights advocates argue Scott's appointments could tip the balance of the court, and the petition calls for the incoming governor to make those appointments. Scott disagrees, arguing the voting rights groups can't file a petition to ban him until he takes an action that they can challenge.

Snooty the manatee dies a day after 69th birthday:

Snooty, the oldest known manatee in the world, died in a tragic accident last weekend a day after celebrating his 69th birthday with hundreds of people at the South Florida museum. Staff says the sea cow got trapped in an underwater area of the aquarium used for plumbing and drowned. "Snooty was such a unique animal and he had so much personality that people couldn't help but be drawn to him," said Brynne Anne Besio, the museum's CEO, in a statement. "As you can imagine, I – and our staff, volunteers and board members – considered him a star."

Tampa's Confederate monument will be relocated to private cemetery:

Hillsborough commissioners reversed an earlier decision to keep a Confederate monument at the old county courthouse by voting last week to remove the statue from public land, joining other Southern cities like New Orleans and Orlando. The Tampa Bay Times reports that after 106 years, the monument will be taken down from its place and moved to a private cemetery, which already has a section for Confederate veterans. Hillsborough commissioners voted in June to keep the monument and place a "diversity mural" behind it, but that decision was met with outcry by Tampa activists, local officials and even the Tampa Bay Rays baseball team.