In search of paradise

Alcest's leader harvests joyful melancholy from a place only he knows 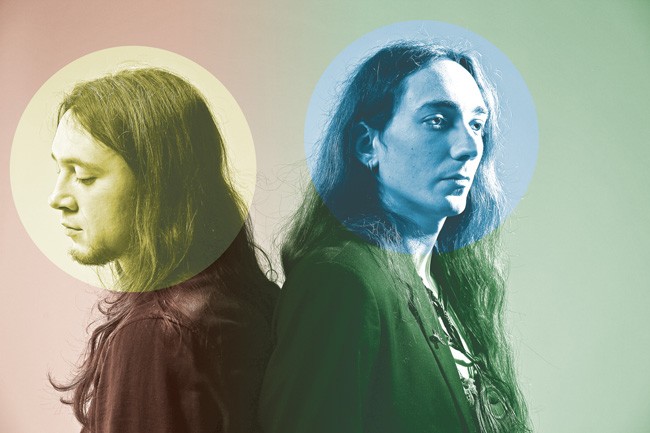 When Stéphane Paut was young, he encountered a fantastical, mystical place that has lingered in his memory ever since. Trying to get him to flesh out this otherworld is nearly impossible, but the one-time existence of this zone provides great inspiration for his band, Alcest, today. “I precisely made this band in order to translate this world into music and to not speak about it and describe it because it's very, very hard to describe what I've seen. I even don't try to say ‘seen' because it was not with my eyes. It was more like visions – very strange things,” the Paris-based leader of the distortion-drenched project says. Paut is certainly willing to discuss this place upon being asked, but any extra information does little to illuminate details beyond the metaphysical. “It's a kind of heaven. I don't like the word ‘heaven' because it's very Christian, but in every religion, you have this kind of beautiful place where you go after life – the place where you can be free of fear, free of death, free of illness and free of your body.”

These concepts resonate in Les Voyages de l'Âme (“The Journeys of the Soul”), Alcest's third and latest record, just as they have in the group's past work. Take the implications of Les Voyages' cover art, which is a faded, teal-toned tableau that features either a sullen peacock standing in front of a well-lit archway or some gravel road bizarrely snaking upwards and dissipating into the sky. Paut, who also goes by Neige (“Snow”), describes this picture as being “like a portal to another dimension,” which leads him back to discussing his beloved distant place. “I used to say [my visit to the other world] is not a fantasy for me. It's based on the real experience,” he says.

Paut's faraway playland undoubtedly sounds far-fetched. Nonetheless, the frontman smears his perceptions of its “reality” and his actual reality into one compelling blur. Engaging Alcest's music primarily because it's inspired by Paut's imaginary adventures is gimmicky, yes, but that doesn't mean the material's not fascinating.

On a tangible, earthly level, Alcest display the traits of a black metal act trying to expand its territory with generous portions of reverb, massive-sounding songs and vocals that oscillate between being sung softly and barked wildly. Like many other musicians, Paut adamantly refuses the genre associations he's been assigned by the press and public. In his case, rejecting metal as a whole feels patently false considering he tours with metal bands, is on a label housing other metal bands and is primarily followed by metal news outlets. Still, he's allowed leeway for this clichéd line of thought because his work touches on emotional nerves foreign to most black metal. Alcest extol a moody, nostalgic sense of euphoria, as if they're concerned with expressing both triumph and loss in equal measure. Listening to Les Voyages, one hears greater aesthetic similarities with composer Yann Tiersen, shoegaze band Slowdive and post-rockers Explosions in the Sky – all musicians Paut mentions during the interview – versus traditional black metal acts like Belphegor and Darkthrone.

Looking ahead, Paut is thinking of making Alcest's next work more rock-oriented, or working with classical musicians or a choir. “I would like [if] the core of Alcest doesn't change,” he says earnestly, “but just the shape.”