These three films worth watching are dropping off Netflix next week. Take a look while you can 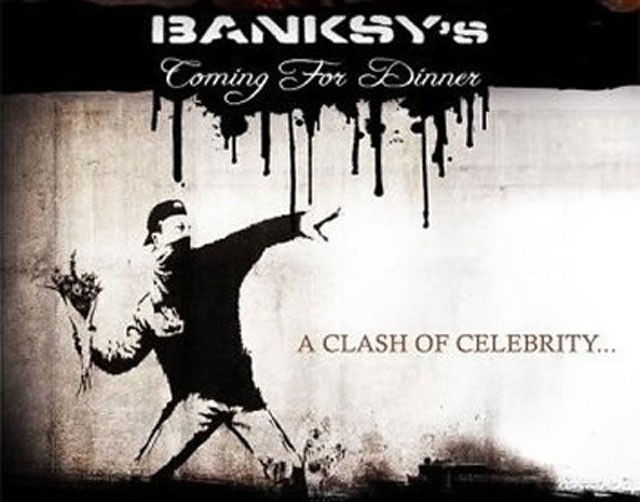 Banksy's Coming for Dinner (streaming on Netflix through March 15) Famed graffito Banksy, known for his refusal to reveal his identity, is the guest of honor at a dinner party at the Oxford estate of actress Joan Collins. Or is he? This mockumentary caused a stir in England upon its 2009 release, when its director (gay-rights activist, financier and cultural provocateur Ivan Massow) "revealed" that the entire thing was a hoax on Collins, that "Banksy" was in fact played by an actor and none of the other B-listers at the dinner had any idea. This second level of "truth" was patently ridiculous – of course they all knew exactly what was going on – but the film itself is a snicker-filled reality TV-style romp in the vein of other celebrity-culture skewerings: Christopher Guest's Oscar-race farce For Your Consideration or Steve Coogan and Rob Brydon's The Trip. – Jessica Bryce Young

Bill Cunningham New York (streaming on Netflix through March 13) Director Richard Press' first feature-length doc is opposite in every way to the above film; it's a heartfelt and humane portrait of New York Times photographer Bill Cunningham, who seems to richly deserve every drop of the praise that gushes forth from New York's haut monde. Though he makes his living shooting high-society belles and snooty fashion editors, he lives in a shared-bathroom studio, eats $3 lunches and gets around town on a battered bike. The 82-year-old's "On the Street" column pre-dates the explosion of street-fashion blogs such as The Sartorialist, but there's no bitterness here – just endless affection. – JBY

Potiche (streaming on Netflix through March 15) François Ozon is hard to pin down – the French director seems to wheel through gritty gutter-wallows (Hideaway), tense psycho-thrillers (Swimming Pool) and candy-colored period pieces (8 Women), never sticking with one idiom but always messing with viewers' heads. Like a cross between Hitchcock's The Trouble With Harry and Bunuel's The Discreet Charm of the Bourgeoisie, Potiche is a bright-surfaced suburban idyll that just makes you wonder what dark stuff is seething underneath. Catherine Deneuve and Gerard Depardieu are game, but unfortunately the film never delivers on its implied promise. – JBY