Influential dance music DJ Morgan Page says the genre has a blind side, and it's not the college kids 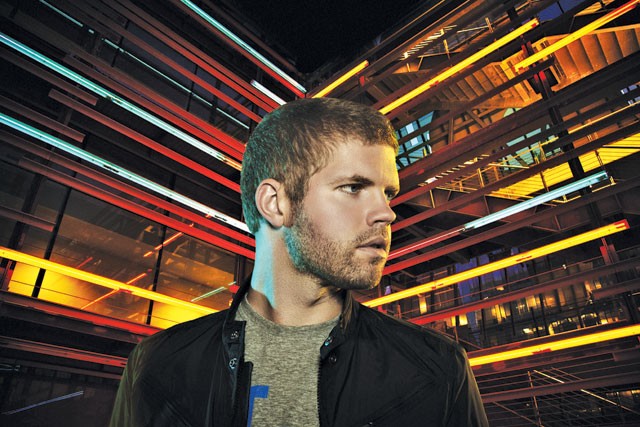 "Why is this, the third wave of electronic music, why is this valid?" Page says from his home in Los Angeles. "Because college students are into it. That didn't happen before. It's truly a college movement where everybody in Greek life is helping organize and buying tickets to Tiësto. And even my shows. That would've never happened before – frats buying tickets. College kids were so into hip-hop for so long."

Page knows whence he speaks because he's been chasing beats alongside these budding music fans since the early '90s. The Vermont native first discovered dance music on University of Vermont's college radio station when he was 12. Later, in his teens, he worked at the station.

He began fooling with Pro Tools and fashioned himself a young dance-music prodigy only to discover there's no express train to success. You kind of have to hitchhike.

"I thought things were going to happen quickly," he says. "Instead it took a lot more work. I didn't have the music. The music wasn't good enough to be at that level."

For most of the aughts, Page worked primarily as a remixer. His profile grew to where he was working on tracks for artists as varied as Katy Perry, Coldplay, the Kills, Korn, Jason Mraz and Madonna. Increasingly he's moved away from remixes into originals. In April, he released his fourth solo disc, In the Air, blending trance-y grooves with indietronic languor, collaborating with artists like Greg Laswell and Tegan and Sara. In the end, it's a matter of commerce versus creativity.

"Originals are more rewarding in the long term, but when you're building a name, remixes are really good, and they're much faster to process. You can spend three to four days on a remix if you're fast, whereas it can take three weeks or a month for an original," he says. Page acknowledges that dance music's nature makes it more geared toward short-term consumption than long-term relevance, and not just due to fickle club music tastes.

"The weak point of dance music is that it's so based on these certain sounds and trends," Page says. "Electronic music isn't alone in that, but people make it a lot more quickly than other music. So there's an oversaturation of it. Especially because you can use a laptop a lot quicker than you can mike an entire drum set."

Multiply that by the ubiquitous adoption of certain sample libraries. Page points to Aussie dubstep duo Knife Party's debut EP, 100% No Modern Talking, which references a popular waveform. "People like stuff that is familiar, but [artists] are using the same sample library, the same synths and ideas, so it's a little tricky," he says. "It works, but a lot of it sounds similar."

Page sees that as technology's double-edged sword – while software like Ableton has made it easier and quicker than ever to get ideas down, it's also heightened the stylistic stampedes. As people respond and try to change their sounds and tones to avoid the crowd, trends are only accelerating, further aided by another ubiquitous technology: social media.

"You're seeing people discover all kinds of stuff on their own, and it didn't used to be like that," Page says. "Now that stuff can reach that tipping point that much more quickly."