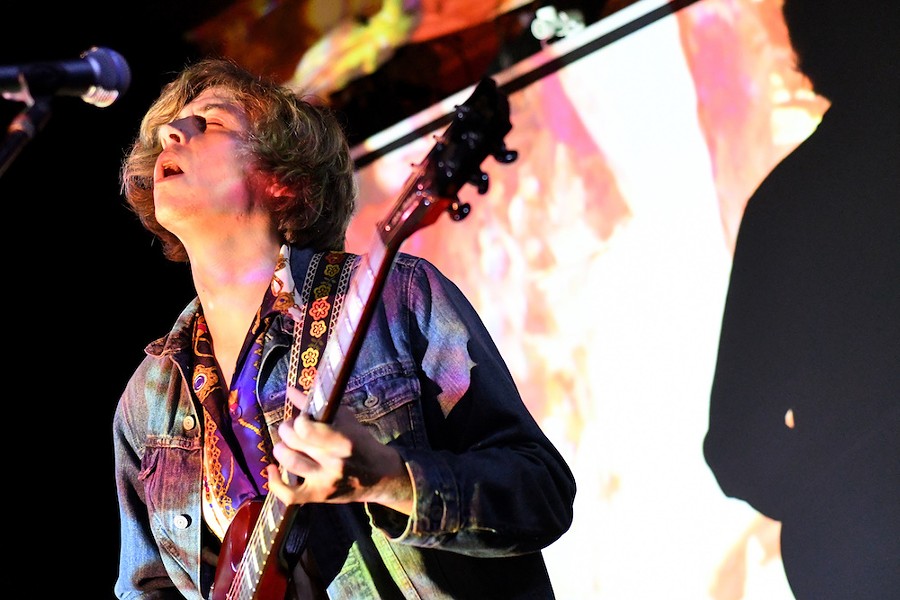 After a year spent in Austin, Timothy Eerie (the man) is back in Orlando, happily reunited with the rest of his band and set to release a debut record, Ritual, on Fat Elvis Records and Nomad Eel Records. "I moved out there by myself," he tells Orlando Weekly. "So I was out there playing shows as Timothy Eerie with people that I was just finding and it wasn't really the same. I feel like it didn't have the same impact as we do, with the band here. So that's one reason I came back."

Though the band always had a revolving lineup, drummer Mike Scitney and bass player Justin McCarthy have always been the core members alongside Eerie, who writes all of the music. "We have a tour coming up in a couple of weeks. We're gonna go up to N.Y. and do an East Coast thing and try to triangulate it down to Austin," he says. "I'm trying to slowly convince them to move with me when I do move back out there."

The fact that the band has different players from night to night has been both a hindrance and a blessing for Timothy Eerie's live shows, making each set its own unique experience. From mood-altering spacey psychedelic immersions to more aggressive nights that tap into Eerie's garage rock side, you never know what you're going to get. "I'm always trying to improve and evolve and my taste in music is always changing," he says. "I never wanna play the same set twice and, even if we do, it never sounds the same." This also allows Timothy Eerie the flexibility to play with a variety of other bands, be it Acid Mothers Temple or Of Montreal, without seeming out of place. "We try to play to the room and cater to that audience. I get inspiration from other bands and shows and think, 'THIS is what we need to do!'"

Eerie's thirst for new sounds can often lead to artistic epiphanies, like when he last saw King Gizzard & the Lizard Wizard. "I was just analyzing them so hard – the set and the dynamics of their set and the reaction that the crowd has to them, which is animalistic – it was primal. People lose their minds! But it's also like a dance party. ... That's an essence I would love to capture," he says.

"I feel like that might be the direction in which we're heading. I love playing slow and spacey psychedelic kind of music, but in the live setting, it just doesn't have the same impact. That was a game changer for me when I saw them. All creative writer's block went out the window!"

Which brings us back to that new album. "The album is a mixed bag," he admits. "On the record, I feel like slow and spacey still really hits, so that's half the record – slower, atmospheric, really textured. The other half is a wild card. ... It's a good representation of what we've been doing up until now. The next record, that we'll be working on later this year, should be drastically different. I kind of want to do that from record to record."

Timothy Eerie debuts their new record at a hometown release show this weekend. Next week, they may very well sound completely different.