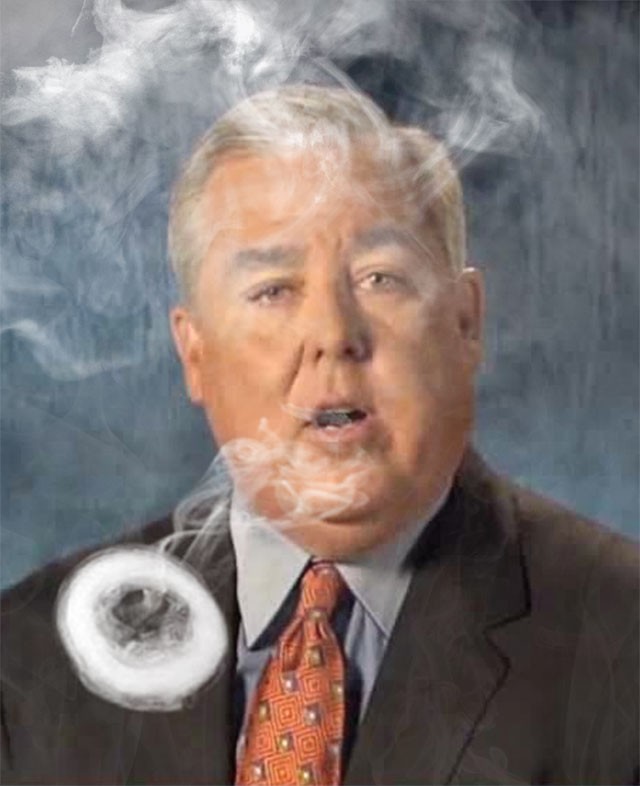 Number of petitions validated in January, clearing the way for a medical marijuana amendment to be on the ballot in November

Amount Orlando attorney John Morgan has coughed up from his own coffers to support United for Care’s push to pass Amendment 2 in November, legalizing medical marijuana specifically for those with chronic illnesses

You know how sometimes you’re cresting on your hazy mellow, just floating down that river of life and touching upon the lily pads along the way with slowly spoken bits of profound and fleeting wisdom? How you just stare up at the sky and let nature pull you wherever, because only nature knows, man? Even the snakes climbing over your feet are smiling and glowing with all the beauty that 3,000 rainbows could ever offer, and OH MY GOD, life will always be a circle in an innertube in a lazy river – and then, BAM!, your sister bangs on your bedroom door, swings it open and threatens to tell your parents about your weed? Suddenly. Your. Mood. Changes.

Last week, your sister was Democratic National Committee Chairwoman Debbie Wasserman Schultz, and you, for lack of a better analogy, were some version of superstar attorney John Morgan going ballistic in the media like, say, Slim Pickens on the back of a nuclear bomb with nothing left to rein you in. “Get the fuck out of my room!”

It all started when Wasserman Schultz started to feel the heat from pro-weed Democrats for voting against the Farr-Rohrabacher amendment in the U.S. House of Representatives; that amendment basically told the feds to back off on the federal enforcement of marijuana laws in states that have legalized the weed, to whatever degree. Uh-oh. So then Wasserman Schultz dug into her handbag a little deeper and pulled out this little canister of Mace.

“Pertaining to the ballot initiative in Florida, I have concerns that it is written too broadly and stops short of ensuring strong regulatory oversight from state officials,” she wrote in a statement to the Tampa Bay Times. “Other states have shown that lax oversight and ease of access to prescriptions can lead to abuse, fraud and accidents.”

Oh, dear! Well, it turns out that Morgan – who was Barack Obama’s 18th biggest donor last election cycle and clearly the biggest backer of Florida’s Amendment 2 medical marijuana campaign – didn’t really approve of the Republican rhetoric very much. So he turned to the Miami Herald, and with all of the huffing and puffing that you can imagine coming from the giant man on the billboards and big-screen TVs, began to blow Wasserman Schultz’s house down.

“I know personally the most powerful players in Washington, D.C.,” he said. “And I can tell you that Debbie Wasserman Schultz isn’t just disliked. She’s despised. She’s an irritant.”

Oh, it gets worse. But before we even get to that, some cooler heads – but certainly not as fun heads – from United for Care tried to match Wasserman Schultz’s mommy-blog talking points with reason, specifically that reason provided by a 5-2 majority of the Florida Supreme Court, which found the ballot language regarding who could get a prescription for cannabis to be just fine.

“Ms. Wasserman Schultz says she feels Amendment 2 is too broad, but in fact it’s quite specific,” United for Care campaign manager Ben Pollara wrote in an emailed statement. “It establishes the right of a physician to recommend medical marijuana to a patient with a debilitating condition if its use would offer that patient relief. It then asks the Florida Department of Health to build a regulatory framework that makes it possible for that person to have access to the medicine he or she needs.”

As the Herald points out, this could actually be a leg up for the amendment, seeing as many were suspecting this whole thing could be a, cough, smokescreen for getting Morgan’s favorite wisp of white, Charlie Crist, back into the governor’s mansion in November. Now everything’s gone all crazy and bipartisan, with up to 88 percent of people supporting weed for those in need. But that’s not really enough to calm Morgan on a particularly chatty day.

In addition to threatening to run against her should she pursue her ambitions to become a U.S. Senator – he has the friends and the money, see – he’s also taken her NUMBER out of his CELLPHONE.

“She is the new Allen West of South Florida,” Morgan not-at-all overstated to the Herald. “She should just become a bridesmaid for Pam Bondi’s next wedding.”