Journalism has a problem. And journalism's problem is democracy's problem

You'll miss us when we're gone 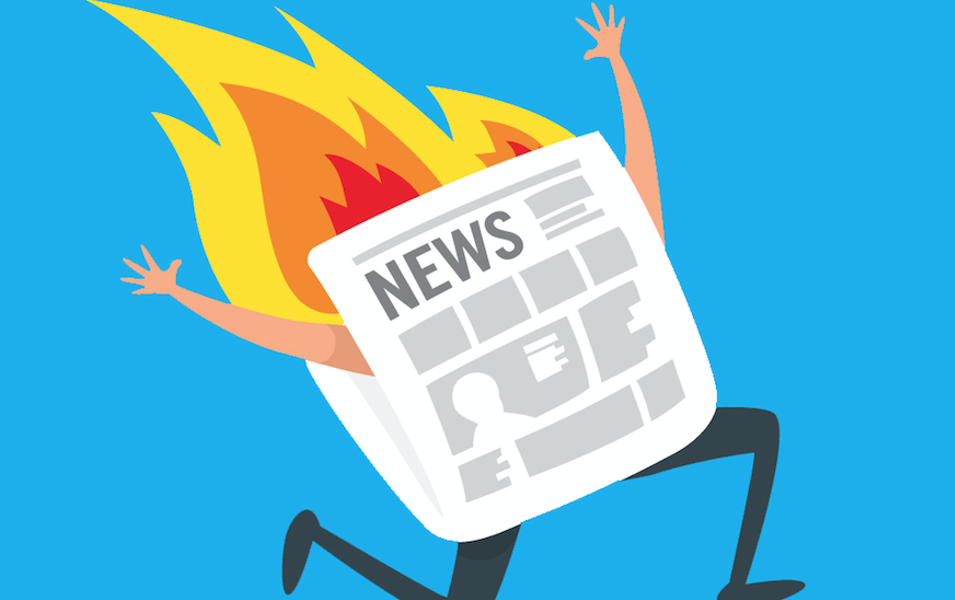 "This week," Jane Elizabeth, the managing editor of the Raleigh News & Observer and Durham Herald-Sun in North Carolina's Research Triangle, tweeted Feb. 2, "we learned that a good portion of our ... staff – and every other McClatchy newsroom – will be offered buyouts. ... The business model may be broken but journalism is not. Journalism supports democracy & democracy supports journalism. Journalism will outlast us all. The faces and platforms and technology will change, but journalism will last as long as democracy does."

I'd offer a more pessimistic spin on that last part: Democracy will last as long as journalism does, not the other way around. And if we don't figure out a way to pay for journalism, journalism, especially local journalism, will die.

On Feb. 1, McClatchy offered voluntary early-retirement buyouts to about 450 employees at its 29 newspapers in 14 states – including the Miami Herald, the Charlotte Observer, the Kansas City Star and the Sacramento Bee – about 10 percent of the company's workforce. They were all over the age of 55 and were eligible for pensions, meaning they'd been there for at least 10 years. They have until Feb. 19 to decide whether to take the buyouts.

McClatchy spokeswoman Jeanne Segal stresses that this is "not a staff cut. It's a chance to retire early." But what happens if not enough people take McClatchy up on the offer? "We'll have to see. That's projecting into the future, which we're not allowed to do because we're a publicly traded company."

I think you can read between those lines. (Segal previously told the Columbia Journalism Review, "We hope that offering early voluntary retirement and shifting to a functional organization will create enough savings in operating expenses to avoid layoffs.")

More than anything, these newspapers are victims of the dumpster fire of a company that owns them. As Poynter reported in September, McClatchy is saddled with nearly $800 million in debt and its market cap is the lowest of the seven publicly traded newspaper companies. "McClatchy stock has lost almost all its value to investors," Poynter noted.

Segal says the housing stipend is simply a way to capture all of Forman's expenses, including "necessary expenses for safety and security prompted by threats we are not at liberty to discuss." She also says he's frozen his base salary, and that "Craig's actual compensation remains lower than his other peer media CEOs at Gannett and Tribune. In fact, Gannett's CEO, who just announced a layoff of 200 people, receives [three times more] total compensation than Craig."

Gannett actually laid off 400 people, according to New York magazine. (Worth noting: Its CEO will retire this year.) And it just fended off a hostile takeover from the hedge fund Alden Global Capital, which Washington Post media columnist Margaret Sullivan called "one of the most ruthless of the corporate strip-miners seemingly intent on destroying local journalism" after it eviscerated the Denver Post.

This isn't just a McClatchy problem. It's an industry problem. January 2019 was terrifying for my profession. The big digital players – Buzzfeed, Vice, HuffPo – all slashed their staffs. Alt-weeklies like this one haven't been immune: Former titans like the Village Voice, the Boston Phoenix, the San Francisco Bay Guardian and my alma mater Philadelphia City Paper have closed. While these papers don't have shareholders breathing down their necks – and many of them have owners who believe they're doing a public service rather than chasing a buck – they're still grappling with smaller newsrooms.

The exceptions to the rule are the New York Times and Washington Post, where a rising national subscription base driven by the Trump freak show has made up for declining print advertising. But local journalism is in crisis.

Jane Elizabeth is right: The model is broken. Yes, there are rapacious, short-sighted corporations to blame. And yes, the industry was too comfortable in the fat profit margins of yore and too slow to adapt to changes in information consumption.

But there's also a fundamental problem: We've tried to supplement declining print advertising with increased digital advertising and, for many dailies, paywalls. But Google and Facebook have scooped up almost all of the digital revenue – 58 percent between just those two companies in 2017 – and people became acclimated to getting their internet content for free. And because the remaining digital ad revenue is dependent on page views, media chains are cheapening their own products, churning out loads of aggregation to hit click quotas.

Larger dailies still have excellent investigative and statewide desks that do big projects and win awards. And there are still good reporters working beats. But there's usually not enough of them to go deeper than just reporting what happened at the city council meeting – to put those facts into context. And when journalism fails to get beyond this superficial level – or, worse, when local newspapers close, as has happened nearly 300 times in the last three years – corruption flourishes. In fact, researchers have found that, in areas where newspapers closed, municipal bond costs soared, an indication that the powerful take advantage when no one's holding them to account.

Stories are being missed, and we don't even know what stories we're missing. The fewer reporters we have, the more stories we'll miss, and the more democracy will suffer for it. No matter how smart and diligent the reporters, that's an inescapable reality.

"Our analysis," one of those researchers, Chang Lee of the University of Illinois at Chicago, told CityLab last year, "suggests that newspaper companies, or the information they provide, is a public good and it's worth providing. But if we don't finance it, no one will produce it."

I'd like to be as optimistic as Elizabeth – people want journalism, so journalism will persist. But Lee's right: Someone has to pay for it to make it sustainable. Right now, journalism has a problem. And journalism's problem is democracy's problem.