OMA exhibition makes a quiet point about the resilience of the working class – but can you hear it? 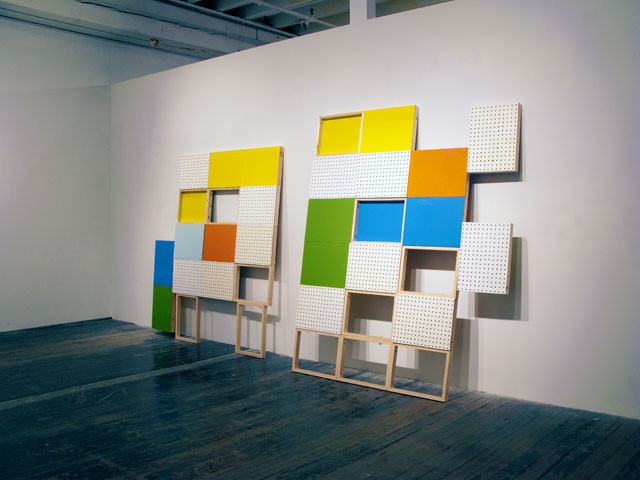 In 1941, John Crowe Ransom lobbed a bomb into literary theory as it had been known. His book published that year, The New Criticism, was the foundation of a new school of thought: "New Critics" ignored all historical and biographical data in their judgment of a text, considering it irrelevant. "Only the words matter" was their standard; context was the enemy. If the author stated his intentions in a work elsewhere than in the text but that intent wasn't clearly discernible in the text, well, then, he had failed.

Some of this feeling carried over into the criticism of visual art as well, though the study of art still mostly concerns itself with the intention of the artist – attempting to uncover the original emotion being expressed by the artwork. It's a fine idea – that a poem or a painting should be complete in itself, needing no supporting data to act as a sort of user's manual – but I've always felt that supporting data enriches my understanding of an artwork. Knowing more about the Brontë family situation gave me new ways to interpret the psychological dread of Jane Eyre, Wuthering Heights and Villette; Jean-Michel Basquiat's rich symbology became so much richer when I learned more about his life. And without reading more about Judy Rushin's modular sculptures, I'm not sure I would have been able to discern her intent. Does that make the work a failure? I don't think so, but that's for each viewer to decide for him or herself.

The show consists of a group of plywood frames topped with bright, opaque cast-plastic surfaces – leaf green, chrome yellow, red, muted orange, one beautiful set of graphite-spotted ivory. The panels are lashed together in various configurations with plastic zip ties, leaning against the walls of the gallery or sitting in conversation with each other; one tall, skinny piece stretches up into the ductwork above the dropped ceiling tiles. They exude pragmatism: a sort of wipe-clean, don't-mind-the-dents unfussiness that enhances the gorgeous colors and the workmanship, like a very pretty woman who doesn't mind getting dirty. Paint overrun is visible on some of the wooden frames; a pink swash against a chrome yellow panel alludes tantalizingly to another show, one we didn't witness (there's no pink here). Water or rust stains on one piece lend an air of being stored repeatedly, dragged out of storage and reconfigured again and again, which in fact they are: Rushin recombines the modular panels for every show.

There's more than a whiff of the Bauhaus about the modules' physical presence; at first glance, they resemble Josef Albers' nesting tables. But these are practical, sturdy assemblages with no obvious purpose. In their very simplicity, they make a statement about our mobile culture, express a disdain for fanciness and fineness. Yet they are (useless) paintings, not tables or chairs.

The artist's statement for The Secret Social Life of Painting says that Rushin "reduces the elements of discourse to their most basic components to establish a space for larger and more mysterious concepts to emerge." True enough, if somewhat jargon-infected. But after the show, I did some research and found this bio attached to other exhibitions of this work: "Judy Rushin believes that being an artist is an industrious job, and she has the hands to show it." Elsewhere, on the blog of New American Paintings magazine, Rushin discussed the fact that the modularity of the pieces was driven by the impracticality and expense of shipping large canvases from city to city to display. "This whole project grew out of a practical necessity. Practical necessity is an idea that working-class people are intimately familiar with, and who is driving the mobile economy but the working class?" she asked critic Matthew Smith. Suddenly, the dirty-hands practicality of Rushin's work was making a statement I hadn't fully gleaned from its opaque surfaces.

Work like this lacks the instant appeal of the street art and Juxtapoz/Hi-Fructose-style illustration so popular now: that easy-to-grasp aesthetic handle that makes no demands of the viewer beyond trendy immediacy. (Or as Rushin puts it in her statement: "No neon signs, no climaxes, no imagery, no limelight. The work exists quietly, proceeds at a slow pace and waits patiently for your attention.") But how commendable that OMA is providing a space for these stringent illuminations to bloom with its lesser-known New Work: A Series of Bimonthly Exhibitions of Contemporary Art. This straightforwardly named series offers viewers not just more challenging work than is typically installed in the rest of the museum, but offers it for free – there's no admission charge to enter the small side gallery. Of course, once your palate's been whetted by the amuse-bouche here, you'll want to continue into the larger rooms for the rest of the meal.