K9s for Warriors uses dogs to reintroduce soldiers to society

Photo courtesy of K9s for Warriors

"I went to grab my pistol and before my hand even touched it, my service dog started barking non-stop, which is not like him," recounts an unnamed graduate of Nocatee, Florida-based nonprofit K9s for Warriors, according to a January press release. "He was jumping in my face and wrapping his head around the arm I was going to grab the gun with. When I finally pulled away, he stopped barking and just stared at me."

The release was issued in reference to the social-media "STOP22" campaign, launched on Jan. 22 as a means of drawing awareness to the fact that, across the country, 22 military veterans commit suicide daily as they deal with post-traumatic stress disorder, brain injuries or military sexual trauma following their experiences in the theaters of post-9/11 war.

"We have about five or six of those types of stories, but that was the one that I think kind of embodies our mission," K9s for Warriors executive director Rory Diamond says. "We've had warriors come through that would literally be in the basement and they would text their families what they needed, and it would be brought to the door. They refused to go outside."

Launched in 2011 by Shari Duval after her son Brett completed two tours of duty in Iraq and returned home with PTSD – "he isolated himself, stopped being a good father, stopped being a good son, and he self-medicated," Diamond says – K9s for Warriors has paired more than 150 recent veterans with canine companions in just four years. During that period, the organization says, it has had a 100 percent success rate in preventing more soldier suicides.

The recovery is actually a two-way street, Diamond says. The vast majority of the service dogs employed at the facility (which is near Jacksonville) are rescue animals themselves, many of them golden retrievers or Labrador mixes brought in from all over the country, because, he says, "not only are they smart dogs who like to work, but because dogs are a lot like people – some of them aren't that smart, and some of them don't like to work."

K9s for Warriors employs just 22 people, but has a rotating volunteer squad of more than 500, with an average of 50 to 60 people a day coming in and out of the facility managing various tasks. There are dog walkers and "house moms," who, Diamond says, are there just as much for companionship as they are for housecleaning or for inpatient care.

"The stuff that really makes this organization run is the many points of love that you see in all parts of the process," he says – everything from food donations, to rescue services finding the appropriate dogs for the program, to the nonprofits that typically cover the travel expenses for military veterans en route to the Florida facility. The most recent tax forms available show that K9s for Warriors Inc. brought in nearly $1.3 million in donations in 2013. (Those interested can donate or volunteer via k9sforwarriors.org.)

The "warriors" live at the facility for three weeks with their dogs exclusively before they are tasked with fully re-entering society, at first in teams of four. It's a big step, Diamond says, especially considering that on the day that veterans arrive, many are heavily medicated and backed against the walls in fear – they've survived exclusively under the watch of spouses or parents acting as caretakers. A "hokey" ceremony in which the vets are matched with their dogs follows on the second day, and the reintegration proceeds from there. 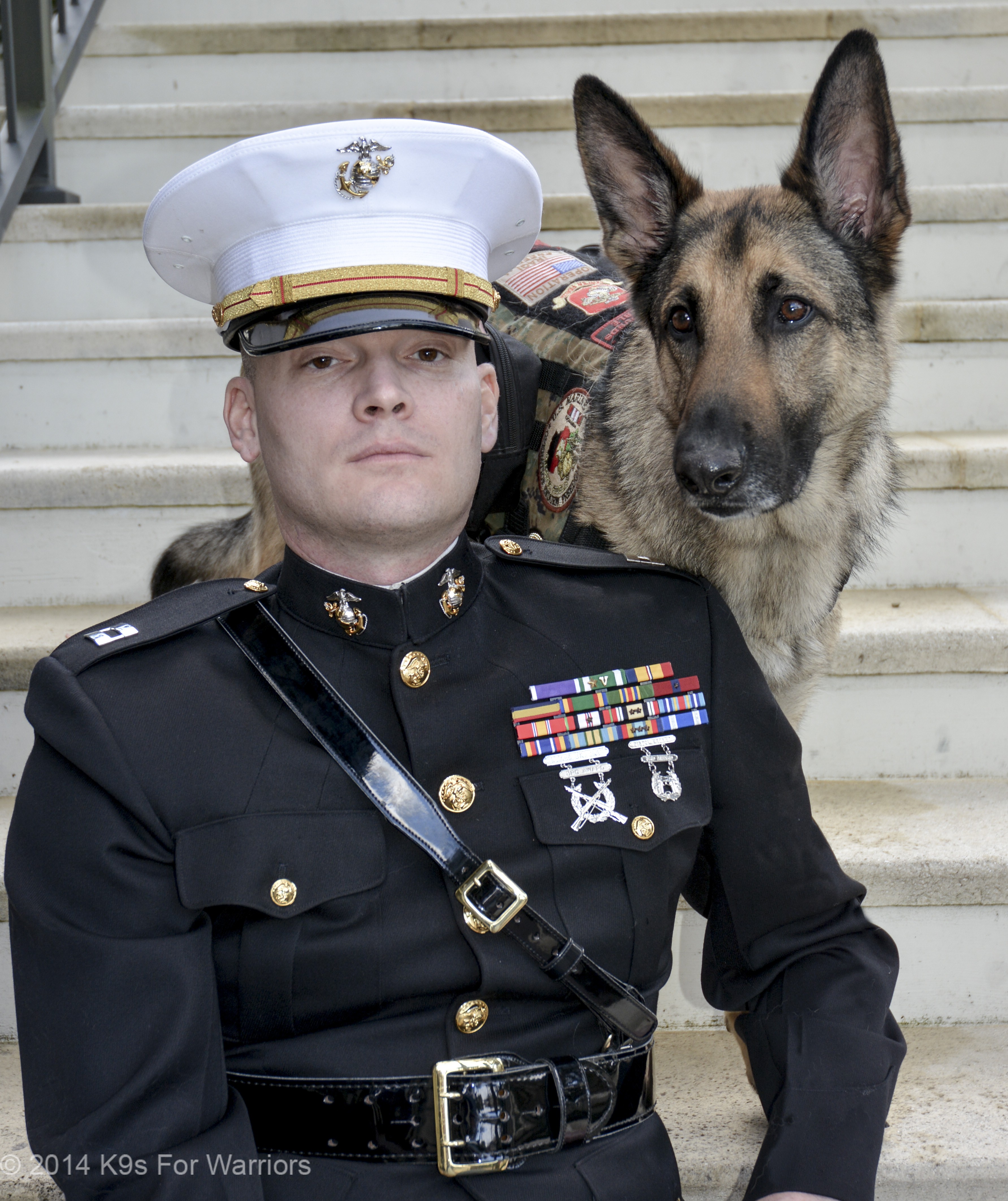 "I can tell you it's just miraculous," Diamond says. "Someone who hasn't been to the store or been out to do things like run errands for their family for five years and suddenly he's in the middle of Target getting through it, or he's going to Costco. Sometimes they'll go to Costco and Target in the same day, which I won't even do!"

Veterans are monitored after their three-week inpatient period; recertification begins on the one-year anniversary of treatment and follows every second year thereafter. In March, K9s for Warriors is expected to move into a newly donated 17,000-square-foot, state-of-the-art facility in which Diamond expects the program to service 192 veterans per year.

"It's an amazing process over three weeks," Diamond says. "They come back to life. One of the main things we hear from spouses after [the veterans] get back home is that, for the first in however many years, their partner is finally laughing again. Just to hear their laughter changes everything."