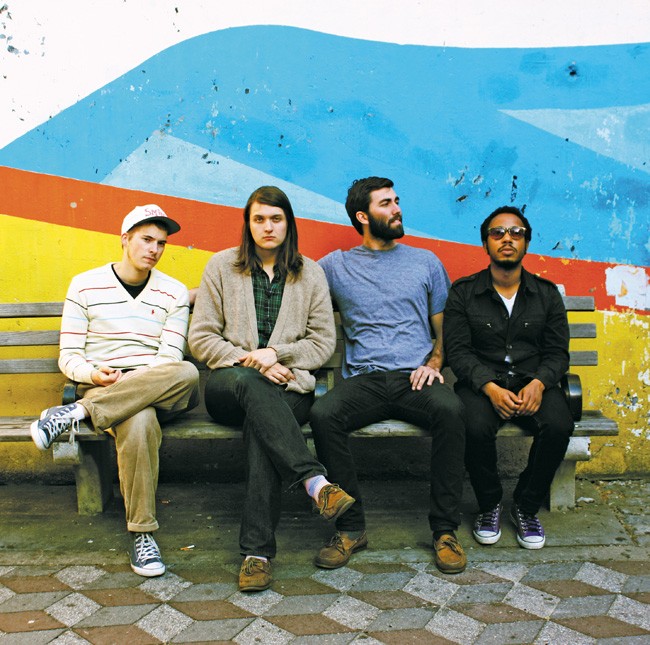 Since the beginning of civilization, thousands if not millions of songs have been written by men about women. Yet even with that impossibly vast field of competition, Charlie Brand's female-focused compositions stand out as portrayals worth relishing and analyzing. The guitarist-singer of Brooklyn-via-Phoenix band Miniature Tigers has devoted many a track to women, musically encountering along the way, among others, Annie Oakley (whose willpower Brand treats like an enemy that must not be agitated), Nabakov's alluring and untouchable Lolita and, bizarrely, "a Japanese woman that lives in my closet" who suddenly escapes. To solidify this interest, the cover of 2010's Fortress is a painting of a naked woman with a parrot perched on her arm, and the band's new outing, Mia Pharaoh (which includes the songs "Female Doctor" and "Cleopatra"), is named after the Rosemary's Baby actress and a character concocted by Brand.

As the narrator in his various songs about women, Brand plays an intriguing role. He is always infatuated with and delighted by his pursuit of them, but he never encounters the same potential prey twice. He corrupts women, fights them, chases them, loves them and wonders if he's good enough for them. Mythologizing female subjects is nothing new in rock & roll, but Brand's work avoids easy clichés by creating bona fide (yet admittedly thinly sketched) characters. Each has a few defining traits and serves as an antagonist to the narrator, even when the two seem to be getting along.

A particularly complicated instance of characterization, "Cannibal Queen" off 2008's Tell It to the Volcano, depicts Brand as a cad who feasts on a girl's romantic feelings "til I'm full." At the same time, he is deeply attached to her, even offering her an innocuous "la la la la la la la la love you" tune. The unexpected lyrical depth plays off the sonics nicely, as the song itself is an acoustic-y, compact and wonderfully lightweight gem. By being both satisfyingly hooky and subversively simple, it boasts two of the finest traits a pop song could possess.

After mixing folk, psychedelia and pop on Fortress, Brand initially wanted to extend that thread on Mia Pharaoh. He wrote it in the style of Simon and Garfunkel but after seriously getting into contemporary pop musicians – Katy Perry, Rihanna, Kanye West, Rick Ross – he didn't know which direction to follow. Eventually, he settled on fusing these conflicting aesthetic schools into something he describes as "a Hot 97 ‘Bridge Over Troubled Water.'"

"There were a few songs where I was like, ‘I want to write a song that I could give to Katy Perry or Rihanna and they could sing it' – almost creating this female pop persona," Brand says, and thus the loosely framed character of Mia Pharaoh came to life.

Looking ahead, Brand expects his escapades with women to continue, even if he doesn't believe he's just discussing the females themselves. "There's moments on [Mia] where, as opposed to just dealing with an external situation of something that happened with a woman, there's a song really dealing with my thoughts and meditations on the self – behavioral patterns and opinions on love and marriage," he says. "Another influence on this album was Woody Allen. I was thinking about how he writes these movies like Annie Hall, right? It's about Annie Hall, but it's not really about Annie Hall. It's about relationships and women and that dynamic is general."