It's a shame that 2014 had to end, because Against Me! so completely owned the year, it made other bands and other pivotal moments in musical history look foolish in comparison. Transgender Dysphoria Blues, a taut, 28-minute mix of brash sociopolitical commentary and scathing self-examination, ended up near the top of every year-end best-of list and served as a rallying cry for the transgender movement.

The ferocity with which frontwoman Laura Jane Grace shouted, shredded and astonished during Against Me!'s 160 or so live shows last year? That was the icing on the cake. As Grace said in the May 2012 Rolling Stone feature that served as a public coming-out about her transition to life as a woman, "However fierce our band was in the past, imagine me, 6 feet 2 inches, in heels, fucking screaming into someone's face."

Against Me! started as a bare-bones folk-punk solo project in Gainesville in the late '90s, but by the late 2000s had morphed into a major-label hard-rock band often decried by longtime fans. So 2014 felt like a rebirth – like the band was finally comfortable in its own skin – in a way that mirrored Grace's transition.

In a February phone interview, she says there was no option but to boldly embrace her new life, both as an artist and a celebrity. "If I can share my story and open someone's mind – raise the overall public awareness of transgender issues in the media – then I'm happy to do it."

But she did more than just soundtrack the transgender population's struggle with lines like "You want them to see you/Like they see every other girl/They just see a faggot/They'll hold their breath not to catch the sick." She also went to great lengths to humanize her struggle, culminating in a "True Trans" documentary series for AOL that delved into her life as a parent and spouse. 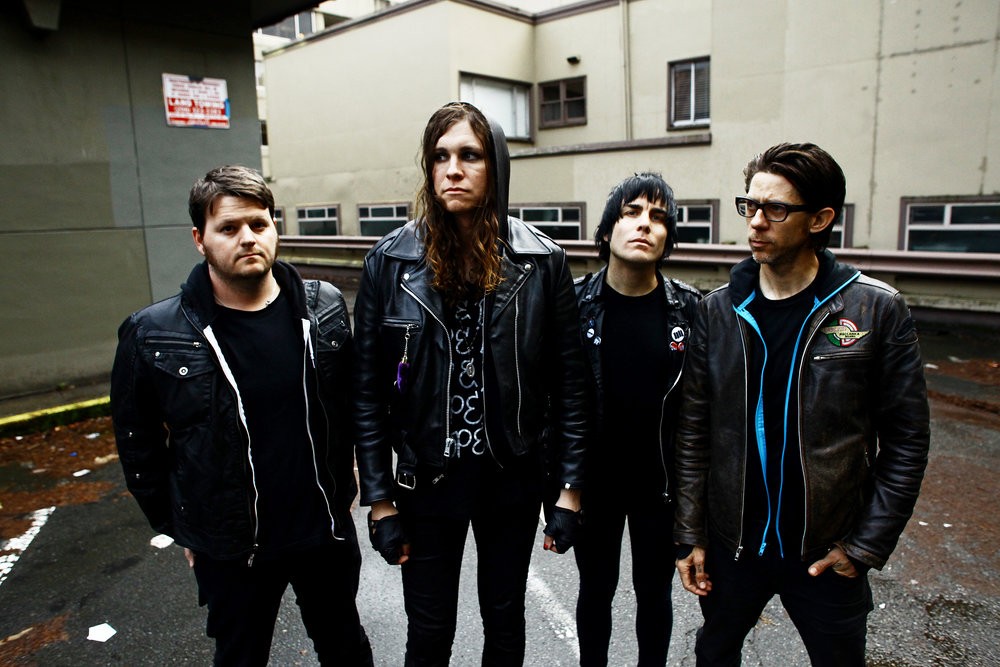 "It's still pretty two-dimensional," Grace says of her personal life. "I keep a lot of things private. But my daughter comes on tour with me and is around when I'm doing interviews or in the studio, so that's a part of her upbringing and who she is. Which is a part of my life, too."

Grace emphasizes that 2014 was about more than mainstream coverage and award nominations for her, too. "On-paper moments like getting interviewed by Time or giving Joan Jett an award at the Rock & Roll Hall of Fame are amazing," Grace says. "But I also came out of the year with really strong friendships and great memories. That was the really fulfilling part of the year."

And the music is still paramount. "Anyone who's seen us live lately can attest to the fact that everyone brings it," Grace says. "I know that's cliché – 'We're really fucking good, I swear!' But it's cool to be this far into a band's life and feel like there's still shit you can explore musically." Later this year, Against Me! will release a live album compiled from a particularly intense run of late 2014 concerts, and Grace says it "will blow your mind." "We did a live record in 2005," she adds. "And when you A and B [that one and the new one], it's fucking insane."

Although she's mum on whether any new songs will turn up in this month's setlist, Grace reveals that work on the next album is underway. And even though she spent the winter distilling 10 years of journal entries about her "miserable, unhappy and really depressed" earlier existence into a book, she says that fresh material is heading in opposite directions. "Right now, I'm really into the idea of playing things that are fun and upbeat. Everything is energetic. There's nothing downtempo in the new stuff we're working on."

But hasn't that always been Against Me!'s specialty? Transforming searing, emotionally charged personal narratives about isolation and loneliness – could 2000's "Walking Is Still Honest" be 2014's "FUCKMYLIFE666?" – into an anthemic, life-affirming moment of punk transcendence? Grace laughs. "After taking a break from songwriting after the last record, I came back really fresh and in a good place," she says. "I haven't been trying to overthink that process."

Unconditional love: Against Me! at the Beacham