Orlando writer’s new short-story collection, Isle of Youth, is the best book of 2013 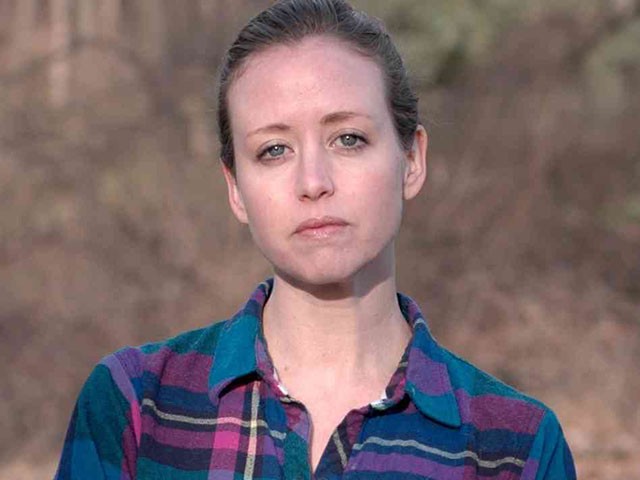 THE ISLE OF YOUTH

Early last year The New York Times Magazine told us “George Saunders has written the best book you’ll read this year.” Of course, Saunders knows as well as anyone else that if there’s one thing that humans are steadfastly and permanently bad at, it’s predicting the future. And Joel Lovell, who wrote the Times piece, was dead wrong.

Jamie Quatro’s I Want to Show You More followed soon after Saunders’ book and, for my money, blew it out of the water. And then Laura van den Berg, who grew up in Orlando and sets much of her work in Florida, closed out the year with her second collection, The Isle of Youth, which is not only better than Saunders’ collection, but as good as anything else that came out this year.

But top 10 time is over and we’re not Hemingways, putting writers in the ring against one another as if they were page-turning pugilists. Still, van den Berg’s story “Lessons” may in fact offer a lesson on the current state of our literature. In the story, a gang of cousins escape their apocalyptic, anti-government family and start robbing banks in gorilla masks. The story could almost be the sort of gloriously violent fantasy that animated Harmony Korine’s Spring Breakers – except for the gun-shy boy Pinky, who would rather build robots. Beside his kick-ass sister and cousins, he appears weak and ineffectual. And his broken little robot can seem like a symbol of the sad little stories written by so many male writers today, up against the brilliant gust of narrative coming from the younger generation of women (like Sheila Heti, Rachel Kushner, Karen Russell and Jen Michalski).

As male writers grow smaller and more pusillanimous, the women grow larger and tougher – not tough in a braggadocio fashion, but rather as if the quiet moment when a doctor called Joan Didion a “tough customer” in the moments after her husband’s death went viral, secretly infecting an entire generation.

Or maybe it’s not about gender or generation at all, because in reality, van den Berg is sui generis. But she does seem unstintingly tough. Certainly, her characters either are badasses, or think they are. Take the woman who begins “I Looked for You, I Called Your Name” with the flat, cool recitation that “[t]he first thing that went wrong was the emergency landing” and proceeds to narrate the story through a series of marital disasters. Or take the fly-by-night sisters in “Opa-Locka,” who half-ass it as private investigators, littering their rooftop stakeout with beer cans, Cheetos and NoDoz. Or the woman who follows a troupe of acrobats when her husband leaves her in Paris. Or again the twin who tricks her sister into impersonating her while she takes care of some shady business in the titular “Isle of Youth.” These are all seriously fucked-up women in generally bad situations, but they manage to muddle through – and to narrate the hell out of their muddling.

Because it’s not only the characters that are tough, but van den Berg’s prose, which is, in the case of each story, presented in the first person. The amazing thing is that each of the seven different narrators sounds different – unique – while also sharing certain characteristics.

I crossed my arms at the top of the railing. “What’s this hurricane named?”
“I’ve named her Marie Antoinette,” she said. “The weather people call it something else.”
“Marie Antoinette? As in let them eat cake?”
“More like off with their heads.”

This bit of dialogue is from the title story, in which the narrator visits her sister, who has always been a bit unhinged, when things are bad with her husband. Her sister, Sylvia, convinces the narrator to take over her life while she flies to the Isle of Youth, near Cuba, for a final fling with the married man she’s fucking. Though hesitant, the narrator agrees, only to find herself visited by A2 and B2, two thugs who were formerly mathematicians and who may be the best oddly menacing duo since Josef K.’s assistants showed up in Kafka’s The Castle. “They both had round faces and squinty eyes. They wore black T-shirts and black slacks and boots. They told me my name was no longer Sylvia Collins. To them, I was only the mark: C2.” When the narrator – who was never really Sylvia Collins but her sister, and is now C2 – asks what’s up with the weird names, A2 answers: “It’s the Pythagorean theorem.”

There’s something uncanny about this story. Coming last in the book, it revisits and reimagines many of the situations in other stories in a kind of dream logic so that you wonder for a moment if the narrator is part of the couple who visits Paris on the advice of their marriage counselor, or if the private detective hired by the wife of Sylvia’s lover is one of the two bumbling P.I. sisters from the previous story. These correspondences give a startling unity to the collection, rendering it a full aesthetic entity that is greater than its parts, without allowing any overarching meanings to click too firmly in place. Instead, they raise questions – and create emotions – that ask questions, upend meaning and leave us and the world even more uneasy.