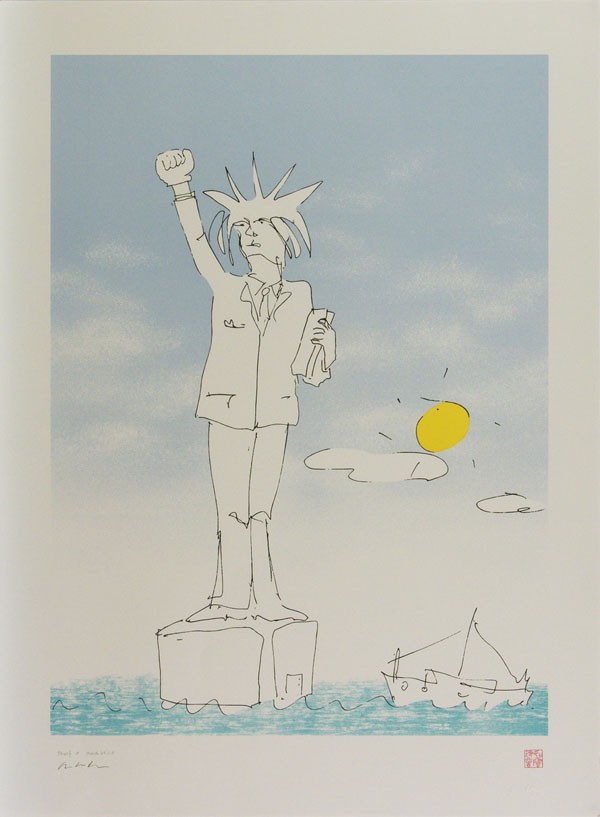 A few weeks ago, we ran an Arts & Culture feature highlighting All You Need is Love: The Artwork of John Lennon, an exhibit of the works of John Lennon on display in Winter Park right before Valentine's Day. ("Public display of affection," Arts & Culture, Feb. 10).

Shortly after the story ran, we were bombarded with calls, e-mails and web comments from Fernandina Beach artist Gary Arseneau, who wanted us to know that the work being shown in that exhibition, which was curated by Yoko Ono and toured the country with the assistance of art exhibition management company Legacy Fine Arts & Productions out of West Palm Beach, was not actually Lennon's artwork.

Arseneau says that after Lennon's death in 1980, Ono (who was left in charge of the Lennon estate, including his artwork) hired artists to copy his black-and-white sketches - originally done in pen and ink - as serigraphs, lithographs and etchings. He says she also colorized some of the black and whites to make them more marketable and appealing to a wider audience.

"[She] then topped off this fraud by applying a counterfeit chop-mark to create the illusion that John Lennon created these non-disclosed forgeries, much less sign them signifying his approval," Arseneau wrote in an e-mail to Orlando Weekly. "Yoko Ono has no shame."

Rudy Siegel of Legacy says it's true that much of the work on display in the Artwork of John Lennon shows has been produced posthumously. And, he says, Ono did add color to some of the prints she produced after Lennon's death. However, Siegel says, there is no deceit: Legacy says that all of the reproductions on display at the shows are marked as such, and a disclaimer on the company's website indicates that all of the posthumous pieces are produced "under the control and supervision of Yoko Ono Lennon." Plus, he says, there are some original Lennon pieces that tour with the show.

"I think we had at that Winter Park exhibit seven or eight of the pieces that were signed by John Lennon in 1969," he says. "So there were a few original pieces. But the majority of the collection, John unfortunately didn't have the opportunity to publish before he was shot."

"He's a printmaker who has his own agenda about people who publish posthumous art," Siegel says of Arseneau, "and obviously has a lot of time on his hands."