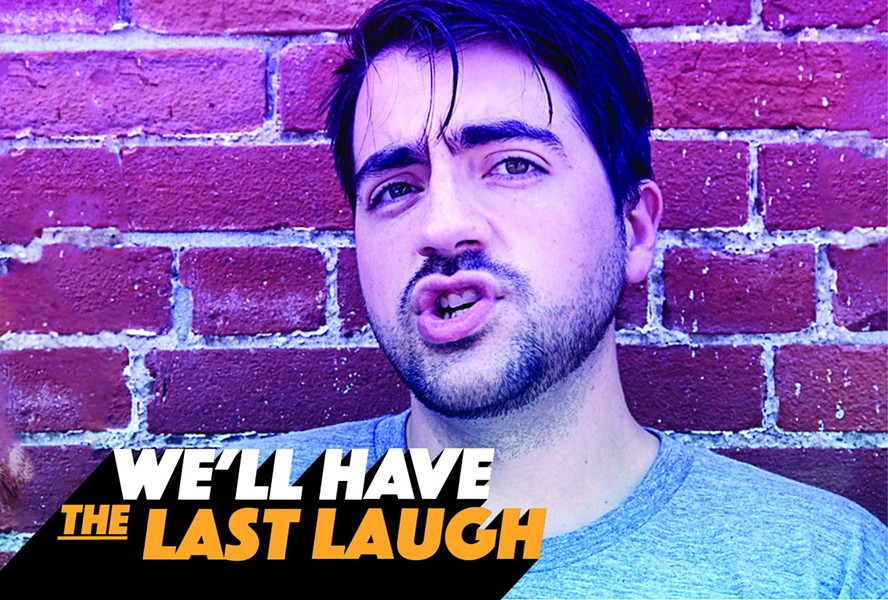 The Orlando Indie Comedy Fest achieved a lot in its first two years of existence, but the thing that may solidify its reputation for selecting top up-and-coming talent is its early championing of Knoxville, Tennessee's Trae Crowder.

The 30-year-old comedian was introduced to Orlando audiences during the festival's first iteration in 2014. When he returned in 2015, festival organizers went out of their way to give him the opening slot for festival headliner Eddie Pepitone. "That was one of the better sets I've had, maybe ever," says Crowder when speaking to us in late 2016. "As I was walking off, Pepitone grabbed me and was like 'You're too fucking funny. How the fuck am I supposed to follow that?' He was smiling. He was saying it good-naturedly. So that was extremely cool. That was a very awesome night."

Now, Crowder's career is exploding. A series of Facebook videos he produced at home went viral, pushing the self-styled "Liberal Redneck" into the public eye across the country. Shot mostly on his back porch on a cell phone, the videos featured Crowder's humorous rants about political controversies like transgender bathroom bills, LGBT rights and the Black Lives Matter movement, delivered in his natural Southern drawl, but turning upside-down the cultural expectations of what a "redneck" position on those topics would be.

The videos struck a chord with millions of people due to Crowder presenting a point of view that was – and is – woefully underserved in the media. "For a lot of these people at our shows in the South, there's a feeling of like, 'Ah, finally! Finally there's someone who sounds like me, or sounds like my daddy, who isn't a fucking racist, idiot piece of shit.' Because that's all you ever, ever see for the most part."

That demographic – Southerners with left-leaning politics – is so underrepresented, in fact, that Crowder consistently runs into people from outside the region who have trouble believing that it's a common thing. "When we are in California, or in the Pacific Northwest or the Northeast or wherever, we'll talk to some people who, like, it is very clear that they think that we are like unicorns. Before they found out about me, they didn't think there was anybody like that. And now they think it's just me and my buddies."

The success of his "Liberal Redneck" persona has enabled Crowder to start a well-received tour, the wellRED Comedy Tour, with his writing partners Drew Morgan and Corey Ryan Forrester. But Crowder cringes at comparisons to Jeff Foxworthy and Larry the Cable Guy's famous Blue Collar Comedy Tour, a comparison that relies on the same kind of cultural conflation based on performers' accents that Crowder tries to combat. "I understand why people would immediately think that. I get why it jumps out at people in that way," says Crowder. "But my thing has always been my thing, because it's not really a 'thing,' it's who I am. Genuinely. And Cory and Drew are the same way."