The green gospel of Rob Greenfield 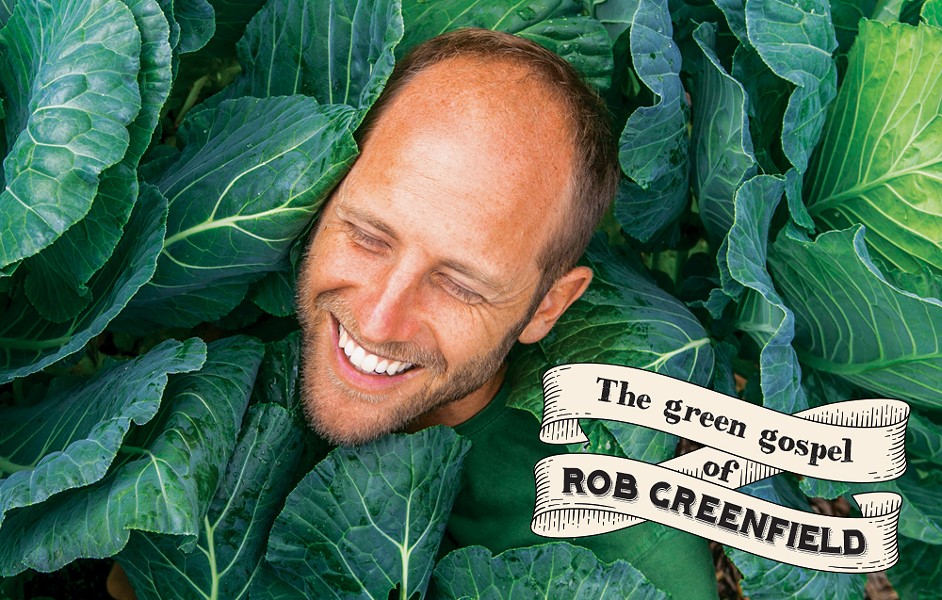 It's late February, day 107 of the environmental activist's latest project: For an entire year, he's either growing or foraging all of his food. Since Nov. 11, every crumb he's consumed has been harvested from his garden or one of the community gardens he's created, or foraged from Orlando's urban center or the Florida coast.

As he stares at the molding coconuts he intended to turn into oil over the weekend, he can't help but think of how easy it'd be to walk down the street to grab a quick, easy meal at East End Market. But if he cracks, he'd disappoint his more than 500,000 social media followers.

This has been his toughest project yet, he says.

It's harder than the 104 days it took him to cycle 4,700 miles cross-country on a bamboo bicycle towing a solar panel-covered trailer while only allowing himself to drink naturally sourced water and eat unpackaged food. It's harder than when he flew one-way to Panama with no money and only the clothes on his back, his passport and proof of income (for border crossing) to prove he could backpack his way home to San Diego using the kindness of others. It's harder than the time he created a trash-bag suit and added an additional 4.5 pounds of trash each day for a month while living in New York City to raise awareness of the amount of waste each American generates.

Sitting in a chair next to his 100-square-foot tiny house in Audubon Park, Greenfield pulls his knees up to his chest and hugs his shins. He's barefoot. There's a slight shadow of dirt caked into the wrinkles in his hands, stains from the time he spends digging through soil.

Greenfield understands why people consider him overzealous. He's a 32-year-old who says he only spends the meager money he earns through public speaking; who donated the $2,500 he made from his book Dude Making a Difference and the $30,000 he earned from his 2016 Discovery Channel show Free Ride, in which he trekked across South America with little money or planning; who got a vasectomy in his mid-20s so as not to contribute to a growing population; and who, despite a few unavoidable amenities, lives almost totally off the grid in suburbia.

"Some people look at me and think that maybe I think in a very extreme manner, and in some ways I do," Greenfield says. "But when you look at global norms, my life isn't extreme at all. The mainstream American lifestyle is what's extreme."