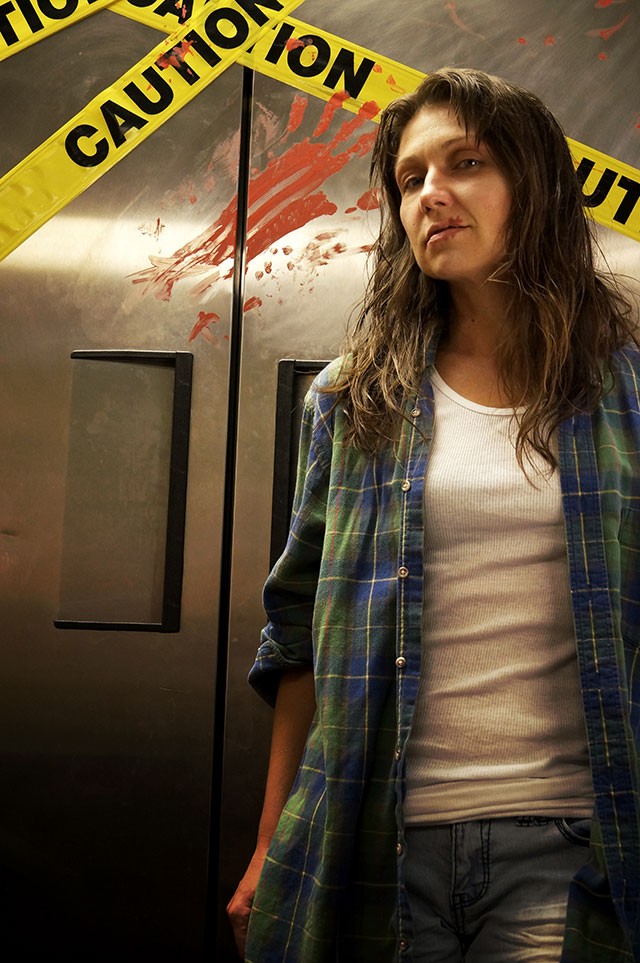 According to pseudo-historical legend, when Spanish conquistador Hernando Cortez arrived in Mexico in 1519, he destroyed his sailing fleet behind him, so as to inspire his stranded soldiers to kick Aztec ass. (In truth, Cortez didn’t burn his boats, but actually stashed one for his own potential retreat.) Mark Routhier, director of new play development for PlayFest! The Harriett Lake Festival of New Plays, and playwright Rob Keefe, author of The Cortez Method, aren’t exactly burning barges, but they are exploring treacherous territory with the world premiere of this pitch-black comedy, playing Aug. 29 through Sept. 22 at Orlando Shakes. They’re trying to lure theatergoers with an unknown script from a not-yet-famous author – and from what I’ve observed, their plan (like Cortez’s) might just be crazy enough to work.

As the name implies, artists at the Orlando Shakespeare Theater are accustomed to working with playwrights who have been dead and buried for centuries, which limits their ability to give interpretive input. But as I learned from speaking with Routhier and Keefe – who traveled here from New York to attend a week of rehearsals – the author’s active participation in this production has “been a very positive experience,” producing “a real solid team effort.” Their association began when Routhier replaced another actor in a early New Orleans workshop of the piece, and later recommended it to Jim Helsinger for a staged reading at last year’s PlayFest. That version was directed by John DiDonna and starred Kenny Babel and Suzanne O’Donnell; it was “passionately received,” provoking “strong opinions about it one way or the other” with talkbacks that “went on for 40 minutes.”

Keefe calls that PlayFest reading “a gift” that “clarified rhythmically where [the play] went … and also showed [him] how funny it is.” Based on the strong PlayFest reception, Shakes scheduled it for its first fully staged mounting under Routhier’s direction, with a script tightened up through some cutting and conceptual shifts.

The Cortez Method forces audiences to deal with “infidelity, prescription drugs, home improvement and the dysfunctional family”: Bill is distracted from his prodigal brother Walter’s sudden reappearance by his half-renovated kitchen, while his heavily pregnant wife, Sara, plays a shotgun-wielding Lady Macbeth, abetted by laconic meth-head Odette. To reveal much more of the twisted plot would spoil the fun, but suffice it to say that the rehearsal I attended revealed a hilariously dark universe; the play feels like the lovechild of Breaking Bad and Tracy Letts’ Killer Joe. Rehearsal also exposed the jovial camaraderie of the crew (“Am I wrong?” Routhier asked aloud about a question of interpretation, prompting Keefe to quip, “Well, not about this!”) and their willingness to go to extremes (at one point experimenting with throwing full tin cans at each other) in order to bring the story to life.

Routhier’s only regret is that they “waited too long to cast” this version, and were forced to replace several actors. O’Donnell has returned as Sara, joined by Paul Bernardo as Bill and Melanie Whipple as Odette; Riley Clermont takes the pivotal part of Walter, a late addition who Routhier calls “perfect for the role.”

The success of this production may be crucial not only to the script’s future, but also to that of PlayFest as a whole.

“In the best of all possible worlds,” admits Routhier, “this would be playing in the Goldman [Theater] while PlayFest was happening [Nov. 7-10], so that people coming to PlayFest would have the opportunity to see this and see what the fruits of PlayFest are.” Shakes is taking a risk by expanding the PlayFest brand throughout the year, Routhier says, and has “scraped together the budget” necessary to commit “time and resources and talent” to staging “two brand-spanking-new plays a year” rather than producing recent but established scripts like previous seasons’ Race and God of Carnage.

“We want people to understand that PlayFest is the incubator,” concludes Routhier. “Hopefully people will start connecting the play that we do now with the [new play festival]. … We’re going to need to build our audience; we’re going to need to build their trust because new plays are scary.” Keefe concurs that it’s a “conundrum,” acknowledging that “you’re not going to get familiar until [play-goers] know you, and you’re not going to be known until you’re familiar,” but The Cortez Method looks to be worth a leap of faith. “You will be transported,” he promises. “If you commit to coming in for 90 minutes, it’s a ride.” Just don’t get too excited and go pyro in the parking lot prior to curtain.