The voice-over artist will appear at Florida Anime Experience 2012, May 25-27 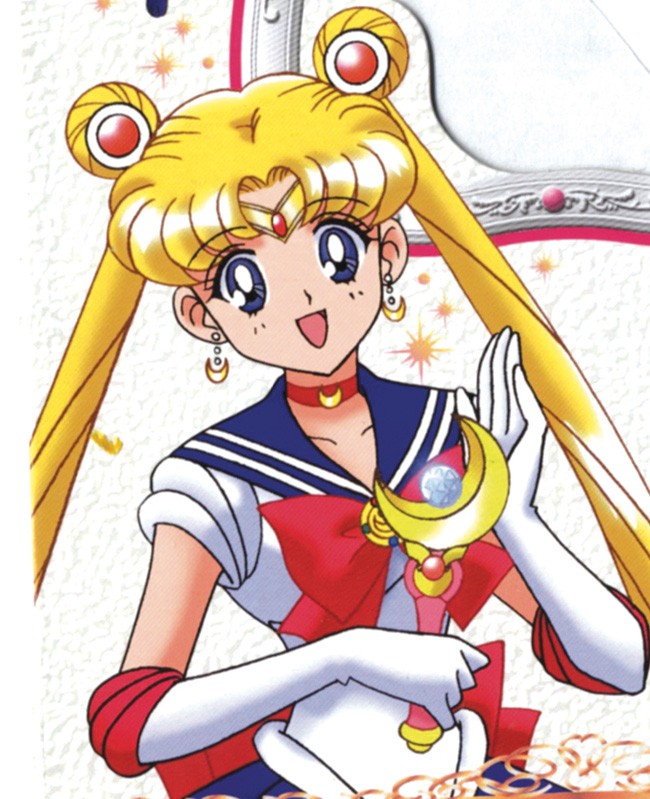 One afternoon around 1990, a high-school classmate's VHS bootleg of Akira annihilated my idea of what a cartoon was, with its insane images of murderous motorcyclists and mutated monsters. Luckily for many of today's 20-somethings, their gateway to the Japanese anime aesthetic (which now informs virtually every animated television show that your kids are addicted to) was much gentler: Sailor Moon, the hit TV series about a team of teen schoolgirls with cosmic superpowers that screened in the States between 1995 and 2000. At this weekend's Florida Anime Experience(floridaanime.com), those now-grown fans of ditzy Serena Tsukino and her alien warrior alter ego can meet the woman behind her voice, for the first time ever in America.

For most of Sailor Moon's successful run, the English voice of the titular heroine was provided by actress Terri Hawkes. The show was an important breakthrough for anime in the American market and an influential example of the still-popular “magic girl” subgenre, but was only one factor in this Canadian artist's multifaceted career. I spoke with Hawkes in advance of her headlining appearances at I-Drive's International Palms Resort – her United States fan convention debut – about the surprising voyage she's been on since defending “love and justice” across the solar system.

Though she grew up in Calgary, Alberta, Hawkes first caught the acting bug in Fort Collins, Colo., where her father was a doctoral student. Hawkes' mother got her involved in “a wonderful community theater,” and when the family returned to Canada, she joined a song-and-dance troupe called Young Canadians of the Calgary Stampede. “It was kind of like Up With People, except with no religious affiliation,” she recalls, adding that their nightly grandstand shows for audiences of thousands were a great training ground.

After earning a degree in political science from the University of Calgary (with a minor in drama), Hawkes took the role of Norma Jean in the musical Hey, Marilyn at Edmonton's prestigious Citadel Theatre. “It was a very positive experience [and] made me think, before I tried law school, I might try acting professionally.” A move to Toronto, “Canada's most active entertainment center,” quickly followed, along with work in theater, television and radio dramas.

Hawkes began her cartoon voice-over career with The Special Magic of Herself the Elf, a Canadian-produced TV movie (“I don't remember a lot except that I was a little elf who was a very positive light”), which led to parts on The Care Bears, X-Men and Tales From the Cryptkeeper.

Her best-known role began as “just another of many auditions” and “a very hasty process,” as she was cast to replace actress Tracey Moore (ironically, a childhood friend of hers) who departed the Sailor Moon role over “artistic differences” after recording a small number of episodes. Hawkes faced the double challenge of following both the original Japanese voice she was replacing and the English-language originator. She listened to the Japanese audio, but “didn't find it all that helpful because Japanese is such a different language from English, and the intonation and pacing are very, very different.” She also listened to Moore's work on the initial episodes, but says that in a short amount of time, it evolved into her own interpretation of the character. “The starting point for any of my acting work is to come from a place of truth. I wanted [Sailor Moon] to be believable and to be a well-rounded, three-dimensional human being.”

Hawkes left the series in 2000 while pregnant with twins, and though she has said she would be open to returning to the role, her life has moved on. She's featured in live-action films like Cube Zero and wrote the 2002 movie Book of Eve, but more recently her focus has been on the academic world. Hawkes recently completed a master's degree in women's studies, and is embarking on a Ph.D. in theater; as a “feminist, activist artist” her passion is “theater for social change.”

While confessing to “a level of discomfort around the sexualization” of her nubile adolescent heroine, she's glad the American version was edited from the more-explicit original, and says, “In the end I felt the benefits of the representation of girls being empowered and working for social change outweighed the less-than-perfect aspects.”

Proud of the show's enduring legacy, Hawkes opines that “there weren't a lot of shows on at the time for preteens that celebrated girlhood. … It filled a niche [as] a hopeful symbol for little girls, and gave [them] a voice and a sense that they too had something to contribute.”