Live and learn in downtown Orlando, from UCF to historic Parramore, to the 'City District'

At the beginning of 2020 it seemed a safe bet that UCF’s new downtown campus ushering in an influx of new residents would be the most noteworthy development in downtown Orlando this year. Instead, the ongoing pandemic and its resultant economic impact on the area’s usually booming nightlife sector are the summer’s biggest story. And yet, downtown Orlando and Parramore – the most historic districts in our city – have seen their share of seismic shifts, and will surely endure. The historically Black neighborhood of Parramore was created in the 1880s to segregate the city’s Black community, but has since become a vibrant and vital neighborhood. Downtown’s Church Street district has now become the “City District,” including Parramore and Orange Avenue, in Orlando’s Main Streets program, bringing the two neighborhoods closer than ever.

In the 1920s, the former hotel and casino built by Dr. William Wells hosted entertainers on the Chitlin' Circuit; now it houses artifacts and memorabilia of Orlando's African American community.

So much to offer: music, art shows, readings, free technology in the Melrose Center, and books, glorious books, all housed in a fabulous Brutalist concrete building. As of this writing, the building is currently only open for limited essential services.

The beautiful, modern multi-use performance space is currently on pause as far as events, but we can't wait to take in a ballet or a concert there again. Belated congratulations to the Dr. Phil for becoming a Certified Autism Center.

Originally painted in rainbow colors in honor of the first Come Out With Pride after Pulse, it looks like the Walt Disney Amphitheater is going to stay proud permanently. It's often the site of free performances, ethnic festivals, and rallies and demonstrations of late.

Headquartered in the venerable Rogers-Kiene Building in the heart of downtown, CityArts presents an ever-changing array of well-curated exhibitions from local and national artists.

Since the Orlando City Soccer Club cut the ribbon on its new stadium, which seats 25,500 fans, this has been the loudest locus of civic sporting pride in Orlando.

Note for the future when partying is indeed a thing again: You haven't partied in Orlando until you've gone through the multi-venue revelry rite of passage that is Wall Street. 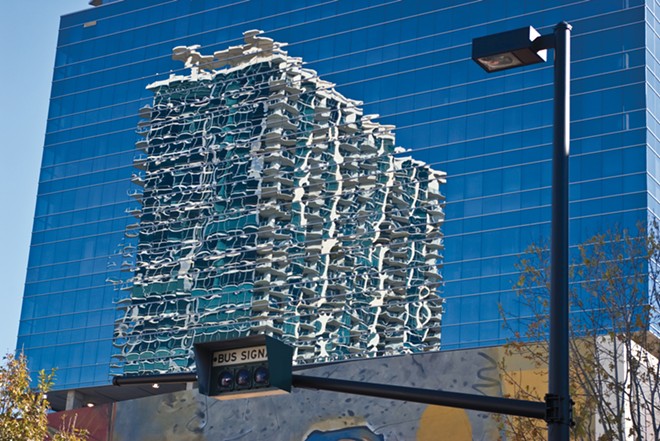