Behind the restorative power of the family act 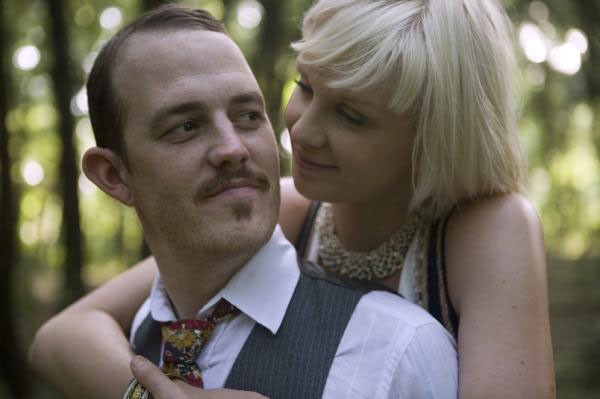 At the heart of the gospel-country music project known as Heather Lee & Jordan Wynn is the fact that Lee and Wynn also exist as a unit in private life. Although they each have separate musical vehicles for their own material – this one for hers and the country-rocking Apparitioners for his – they're present and active partners in whatever the other does.

"We kind of look at it like the female and the male version of the same thing," explains Wynn. "There's rock & roll, and then there's this. The message is the same. It's just the presentation's more soothing and healing [here], as opposed to aggressive and abrasive."

Despite their lingering ties to the downtown scene from the illustrious Wynn Brothers Band days, there's always been something old-fashioned, anachronistic even, about Lee and Wynn. Although both are still in their 20s, the married couple chose the quiet path after the band split. For years, they've been living a traditional family life, complete with young child, far from the city lights in Umatilla, Fla. In an Americana music landscape often populated by hipsters – some of them ironic, many of them metropolitan – this innate temperament and attendant reality affords them access to a distinctly organic and direct spiritual connection to the core traditions of the genre.

For principal songwriter Lee, ancestral context further forges that bond. "My roots go back to Georgia [and] West Virginia," she says. "That's where a lot of the family is from. I think that trickles down. I think that comes with having listened to family stories and things like that. It's just ingrained in you somewhere along the way."

Although the Heather Lee & Jordan Wynn project has existed for years, formal release of their self-titled, Justin Beckler-produced debut album has been delayed for more than two years while the couple built their family. It's a down-home, gospel-graced collection that alternately sways and stomps with emotional purity and intuition. And befitting the long wait, it's about to be unveiled in grand fashion.

Rendering it live will be an expanded version of their band, the Faithful Sinners, including Jimmy Spears Jr. (lap steel, harmonica), Charles C. Brewer III (bass), Ryland Bojack (mandolin, keys) and Colton Thorsell (drums). But taking it from simple concert to full-scale, room-transforming production will be sense-triggering elements like lush plant scenery, four live painters and biblical fragrances like frankincense, myrrh, milk and honey. "We're really wanting to effect an atmosphere," Wynn says. To which Lee replies, "My excitement about playing out is that we have the opportunity to just envelop these people in all their senses."

Visually, the stage will mirror the earthy, naturalistic sensibility depicted on their album cover, where wife and husband stand nobly amid a kudzu-draped Florida woodland scene. But the uplifting intent behind these mood-setting gestures is the thing that reveals the foundational fabric that defines the two as artists, spouses and people.

On its most fundamental level, Lee says, "I want my music to heal and to help and to bring insight."