Logan, raw and rageful, is the best X-Men movie yet 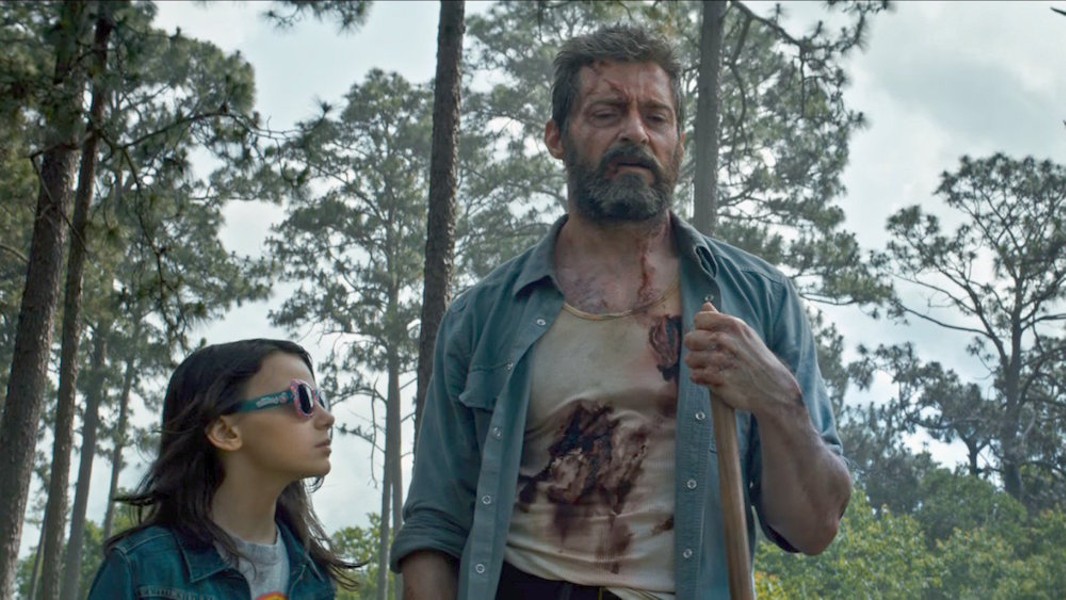 The X-Men stories have always been perhaps the most grounded of the superhero universes, with their exploration of what it means to be “super” in a world where “super” is feared and hated. The mutants of X-Men are just ordinary people trying to come to terms with their unusual talents.

But even this series has never seen a film like Logan before: raw, rageful, tormented, human. There’s almost no FX here – lots of practical car chases and stuntwork, yes, but none of the sci-fi whiz-bang we’ve come to expect from the genre. Hell, there’s barely much color, even: Director James Mangold and cinematographer John Mathieson’s muted palette of desert browns and industrial grays mirrors the grim mindset of down-on-his-luck Logan and the emotional and physical depletion he’s running on these days.

“These days” is 2029, and Logan (Hugh Jackman) is hiding out along the Mexican border with 90-something Charles Xavier (Patrick Stewart), keeping the elderly mutant mostly doped up because he’s having telepathic seizures that conk out everyone in the vicinity. Something is very wrong with Logan, too: He’s covered in scars and walks with a limp; his mutant superhealing isn’t working. He looks like hell.

Something is wrong in the larger world as well: No new mutants have been born for 25 years. Except out of nowhere little Laura (Dafne Keen) appears; she’s around 8 years old, she has mutant powers like Logan’s, and she needs to get somewhere safe, away from the mysterious and menacing Pierce (Boyd Holbrook), who is pursuing her for reasons that will later become clear. Will Logan please drive her to a place in North Dakota called Eden, allegedly a refuge for young mutants (others also exist!)? Logan doubts such a place is real, but his reluctant heroism has been engaged …

Everything that is shocking and dark and upsetting and surprising here – of which there is much – is all the more so because Logan is not an action flick but a personal drama set in a parallel reality where mutants exist. Jackman has always given Logan an appealing emotional vulnerability under a gruff exterior, but here that engages new depths of empathy on our part. The fantasy of superpowers and the blow their deterioration must mean to a man like Logan takes on a new poignancy when we consider that playing a character who has not, previously, seeming been subject to aging simply is not possible for a nonmutant man like Jackman to keep up forever. He’s been Wolverine for 15 years now, since 2000’s X-Men, and while he is still extremely robust – the most dramatic FX here may be the hair-and-makeup job that makes Logan look way more beat-up than Jackman actually is – he is nearly 50. He wasn’t going to be able to play an ageless badass like Wolverine for much longer. (In fact Jackman has said this will be his last outing in the role.)

There is action here, though it’s more like a one-last-stand sort of Western such as Unforgiven than typical comic-book battles. The violence – of which there is plenty – is gory and pulpy and fleshy, which is surely what it would really be like in a world in which superhumans regularly beat the shit out of one another, and out of mere mortals. Logan is not bloodlessly cartoonish in the way that even really great comic-book movies have been, wherein entire city neighborhoods can be razed without a hint of the human carnage that would naturally accompany such a nightmare. The scale is small here, but the human toll is tremendous in the way that a single death can be depicted as far more terrible than mass destruction.

This third film in the Wolverine trilogy – after 2013’s The Wolverine and 2009’s X-Men Origins: Wolverine – is by far the best of the bunch, and probably the best X-Men movie yet. Except that Logan exists on its own plane of darkness, of willingness to be bold and definitive, of commitment to the human authenticity of its characters. I hope I’m wrong about this, but I suspect we shall not see its like again. It’s almost too legitimately harsh to be escapist. I felt nearly as worn out as Logan by the end.