‘Lone Survivor’ focuses too much on action, not enough on character

Americans love their heroes, and this movie about the mission of Operation Red Wings is no exception 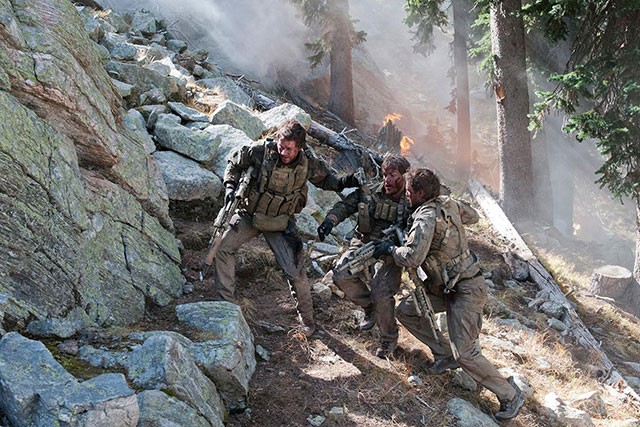 The fetishization of warriors is nothing new in American cinema. We like our heroes super-sized, bursting with uncommon bravery and patriotic pride. Movies like Saving Private Ryan, The Kingdom, the GI Joe franchise and Pearl Harbor (which made $200 million) feed our reductive need for super-human and unambiguous heroism. Gone is the bleeding-heart emotional hand-wringing of Coming Home and The Deer Hunter; instead we get movies that embrace a jingoistic “protecting our freedoms” philosophy that never articulates what that phrase really means or who the men and women of the U.S. military actually are.

And who can blame them? Even a Best Film Oscar couldn’t convince American audiences to watch The Hurt Locker, with its complicated view of American courage. It’s that same lack of interest in nuance that fed the Pat Tillman fable – his tragic death by “friendly fire” was heavily marketed by the Bush administration as a blaze-of-glory act of U.S. heroism.

Chronicling the ill-fated 2005 Operation Red Wings mission, Berg follows the four members of SEAL Team 10 – Marcus Luttrell (Mark Wahlberg), Michael Murphy (Taylor Kitsch), Danny Dietz (Emile Hirsch) and Matthew Axelson (Ben Foster) – who were instructed to gather intel on Taliban leader Ahmad Shah and accidentally stumbled into a family of goatherders. This encounter led to a mountaintop ambush by a small army of Afghans. The title of the movie pretty much tells you how things turn out.

Things kick off with a remarkable title sequence that uses real footage of SEAL recruit training. It’s brutal and uncompromising, underlining the incredible physical and mental strain these dedicated men are subjected to in their preparation for duty. What follows, however, is 20 minutes of paint-by-number character morsels before the bullets, blood and bone fragments start to fly.

While it’s obvious he means well – Berg clearly reveres these soldiers – he doesn’t seem all that interested in depicting who they were as men. Heck, Die Hard’s John McClane was a more fully sketched character than any of these real-life action heroes.

The actors are all top-notch – with Kitsch finally getting to display some big-screen charm, as his character frets over the cost of a horse his wife wants to purchase – but except for a morally heated argument about what they should do with the goatherders, the SEALS’ dialogue mostly consist of F-bombs, military jargon and manly declarations of brotherhood.

For the next hour, Luttrell and company engage in a long and savage battle over unforgiving terrain. It’s gripping and, frankly, lurid stuff. Like a patriotic snuff film, Berg provides plenty of gratuitous kill shots and gorgeously edited you-are-there suffering, with a sound design that’s Oscar-worthy for its vividness. You’ve haven’t experienced the full Dolby-accentuated wonder of a lung filling with blood until you’ve witnessed Lone Survivor.

The action scenes are viscerally charged and often wince-inducing, particularly several skull-shattering tumbles. Berg wants us to physically experience every gunshot and body blow – all while reassuring us that these men died without regret, fearlessly fighting to their last breath and bullet.

Lone Survivor glorifies these fighters, much as Zach Snyder canonized the Spartans in 300, as cartoon-symbols of American heroism. Thankfully, Berg doesn’t go full-Rambo in his depictions, making it clear that these men, despite their elite training, were very mortal. But that doesn’t stop him from pitting the four soldiers against the 200 Taliban fighters ghostwriter Patrick Robinson claims in Luttrell’s memoir, and not the 20 or so that most other accounts report. After all, the higher the body count, the more badass their courage plays.

It’s a far-cry from the modest ambiguity Steven Spielberg offered up in Saving Private Ryan. While many cite the blood-soaked invasion of Omaha Beach as the film’s signature moment, I found that Private Mellish (Adam Goldberg) begging a German soldier to “wait, wait wait...” before being stabbed was the perfect deconstruction of war: the terrifying realization that a man who neither knows nor can understand you is about to take your life. The scene still haunts me to this day.

It’s understandable why Berg, the son of a Marine, would want to honor the brave men of SEAL Team 10. But Lone Survivor ultimately celebrates the cult of the self-sacrificing warrior rather than the cause they fought for. It could easily play as a recruitment film for young men eager to fight – not for any reason the U.S. military can convincingly articulate, but the glory of dying beside an equally duped brother-in-arms.

In fact, the teams’ biggest complaint in Lone Survivor, is the faulty equipment and support they received during their mission. Which tragically aligns with Donald Rumsfeld’s callous reply to a questioning soldier that “you go to war with the army you have, not the army you might want or wish to have at a later time.” I’m still waiting for the film that confronts what it truly means to “support our troops.”