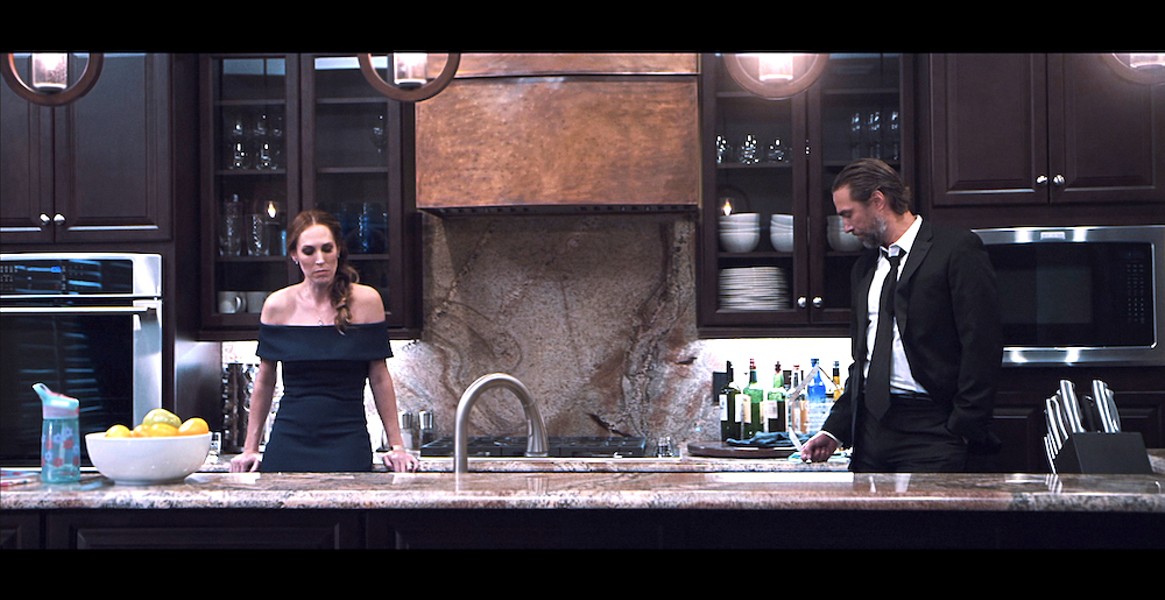 The movies at Sanford's Love Your Shorts Film Festival may last less than 30 minutes, but the friendships forged at the event endure long after the projector flickers dark. Case in point: Orlando's Erin Laine, whose acceptance into the 2019 festival – held at the Wayne Densch Performing Arts Center Thursday-Friday, Feb. 7-10 – is partly due to a fortuitous meeting at last year's event.

"This particular festival is where I met my co-star Lukas Hassel and we decided we wanted to work together," says Laine. "I sent him the script [for I Just Want You to Be Happy, about a singer-songwriter wrestling with her ambitions], and he really helped me get [it] off the ground. So [it's a] very full-circle moment to reunite at Love Your Shorts."

Hassel, a Danish filmmaker now residing in New York City, is best remembered by Sanford audiences as the director and star of Into the Dark and The Son, the Father, which played past festivals to critical acclaim.

"The people involved with I Just Want You to Be Happy were essentially connected by LYSFF, having seen each other's works in the theater and then chatting about filmmaking in the glow of a heat lamp on the sidewalk with a drink in hand afterwards," says Hassel. "[Writer-director] Erin Laine and [co-director] Fred Zara mentioned a project to me then, and now a year later, we are screening the product in LYSFF. Wonderful how this came to be."

Despite its emphasis on global networking and penchant for films from all around the world, the festival is particularly friendly to local filmmakers, one of whom is the first director to screen three films in a single festival.

"Love Your Shorts Film Festival is such a wonderful festival for filmmakers and moviegoers alike," says Orlando's Dale Metz, whose Ride, Genesis and Jenny and Elle are all playing the 2019 event. "I sometimes submit multiple films, hoping at least one will resonate with the selection committee. This year I submitted three and was honestly floored to find that all three were accepted! These films are made in collaboration with other [local] filmmakers like TL Westgate and Ted Souppa, so having multiple films screen at the festival means we get to showcase talent from more folks, and that, too, is rewarding."

Though the format stays almost the same every year – discussion panels, parties and 10 blocks of movies (77 total, not counting UCF student films) spread across four days – each festival's energy is unique.

"It's always fun to see how each year's festival develops its own distinct personality for the weekend," says Gene Kruckemyer, festival president and co-founder. "Each year we welcome new and some returning filmmakers to Sanford from around the country and abroad. Many of them stay during the whole festival, meet each other and develop some new projects together. Our board is always so thankful for all our community sponsors, volunteers and friends who have helped create this event and the impromptu community that gathers downtown to experience the films and filmmakers. It's just a fun weekend for everyone involved."

Hassel agrees, and though he has more than 30 films and TV shows to his credit, including Law & Order and Blue Bloods, he enjoys returning to Sanford. "Being out on the film-festival circuit has several functions for me: to share my work with a wide audience, to network and meet inspiring filmmakers and potential future collaborators [and] to experience people and parts of the United States that I might not otherwise have come across. LYSFF is one of those rare festivals where all of the above applies."