Expanding and evolving novel doesn't quite take off 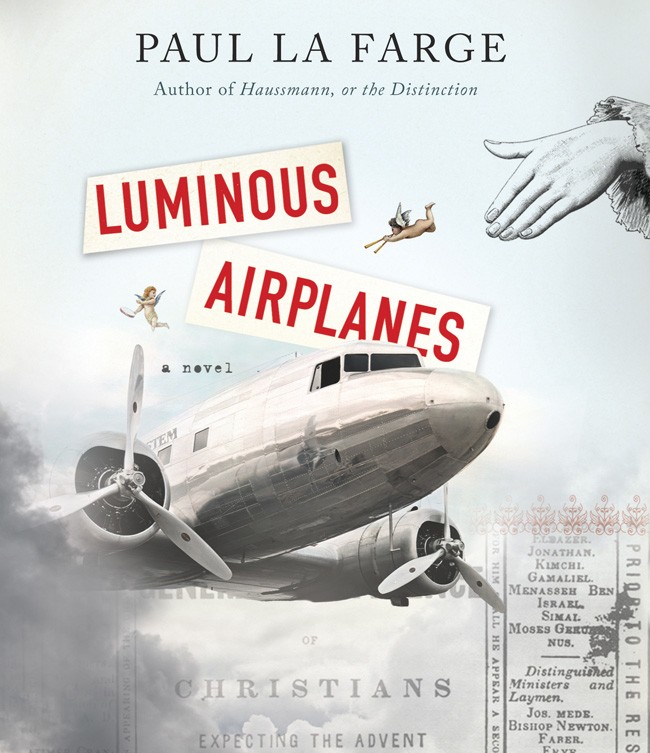 Paul La Farge has taken on an ambitious project. Not only does his new novel, Luminous Airplanes, span a lifetime, but like a life, it has continued to evolve. The book is accompanied by an online “immersive text,” at luminousairplanes.com, which continues the story in the book with components that can be read in any order. You can even choose by topic, i.e., “Agoraphobia” or “Julio Cortazar.” (It’s gratifying to find the latter reference, in which La Farge admits that his trope isn’t entirely new; Cortazar’s 1963 book Hopscotch gave the reader choices in terms of which chapters were read first.)

All of this is experimental and interesting and frustrating. It would be a real feat to actually finish the book since it is continually expanding, and that’s bound to leave those who are uncomfortable with loose ends fretful. But that would scarcely matter if one were more compelled to continue exploring Luminous Airplanes after putting down the book.

To be fair, it’s an extremely well-written, often engaging read. The first-person narrator takes the reader to odd corners of the world – particularly Thebes, N.Y., a small town with unexpected characters such as the Regenzeits, a Turkish-American family that courts trouble by bringing a ski area to town. The narrator is an aimless computer programmer from an unconventional family in New York City who now lives in San Francisco and returns to Thebes to clean out his dead grandparents’ home. His central quest is learning about his deceased father, who abandoned his mother when she was a pregnant teenager. Along the way, he sorta falls in love with a childhood friend – a Regenzeit – who has grown up to be a poet and a nymphomaniac. But despite these creative twists and the connections that slowly build between past and present, the tale feels oddly thin at the end. Maybe it’s all those gears visibly grinding, the “immersive text” taking shape on paper – chapter headings like “The Richard Ente Period” repeat throughout the book – before the story has taken emotional root.

It’s perhaps ungenerous to criticize a project that clearly represents a great deal of work and thought, and one that is trying to do something new. Luminous Airplanes deserves recognition; it touches on a lot of interesting topics – the flying machines that failed and thus disappeared from history, the fate of a group of radical Protestants who believed the world would end in 1843, how chickens indicate that maybe the Chinese discovered America – and the website probably goes even further, were one willing to devote oneself to the labyrinth therein. But all the hyperlinks on the Internet won’t give depth to a story that isn’t moving all by its analog self.