Magrudergrind brings their wild ire to the Beacham

Turning up the volume with the exceptionally-explosive grindcore vets 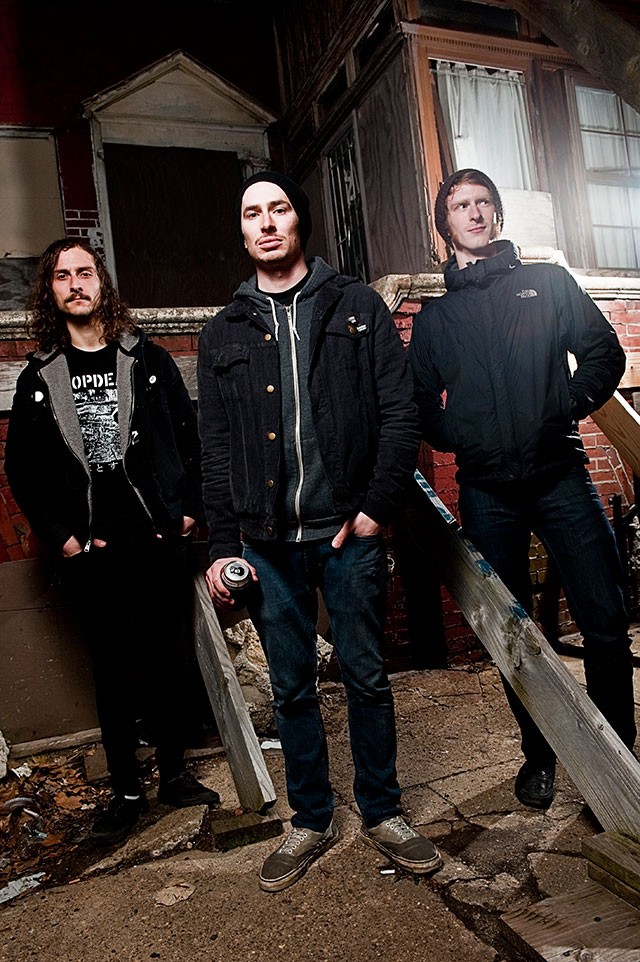 When Washington, D.C., sons Magrudergrind played a successful (and belated) 10th anniversary show on home turf this January, vocalist Avi Kulawy must have felt a serious sense of vindication. The band has repeatedly discussed coming up in a scene whose interest in heavy music leaned toward screamo and metalcore, and far away from Magrudergrind’s high-speed, high-anxiety grindcore.

“We were playing grindcore, and people were kind of like, ‘Uh, who the fuck are these kids? They kind of suck.’ We’d play local shows and it’d be a weird, awkward thing. I’d hit up promoters that wouldn’t even give me the time of day, and then, let’s say 10 years [later], they’d be like, ‘Oh, can you please play that?’ It reminds me of that one jam,” says Kulawy, before paraphrasing Mike Jones’ “Back Then”: “Back then, hoes didn’t want me. Now I’m hot, they all up on it.”

A decade ago, the frontman says, he couldn’t have imagined that this project would go on for this long and evolve to this scale. Kulawy, guitarist R.J. Ober and drummer Chris Moore launched Magrudergrind as a grindcore/hardcore/punk outfit who put out songs with jokey premises like “Gangrene on Your Feet” and “Hitler Had Only One Testicle.” (The latter had two parts.)

But even in the earlier days, they dedicated a significant chunk of songs to covering sociopolitical topics and have since totally shed the goofy subjects. On 2009’s Magrudergrind, their second album, they fired screeds and protests at religion, military recruitment, greed and punk rock politics. Their championing of DIY and left-wing punk ideals became a staple of the band’s aesthetic, which created some fuss too.

When Scion AV, a record label and arts/entertainment brand owned by the car company, released a Magrudergrind EP called Crusher in 2010, Kulawy pre-emptively defended his band from criticism by posting a seven-point manifesto on why this move didn’t compromise the group’s ethics or credibility.

He even left the band’s email address at the bottom in case anybody wanted to talk about it. Magrudergrind lives for turning up the volume: on the messages they put out, on the fast and brash music they make and on the sonic blasts they create onstage.

Kulawy speaks optimistically and happily about how far the band has come, even as he acknowledges that they have been slowing down their recording and touring. Everyone still has a different day job. Ober is employed at a brewery, Moore works with pets and Kulawy is in digital media.

“It’s a big mindfuck when you go from being on tour, playing a festival in front of like 2,000 people in Europe and hanging out and partying [to heading] back to your day job, and you’re just like, ‘Oh, whatever,’ and [have] a manager who you have to talk to, and blah blah blah. It’s a really interesting dynamic to experience within the difference of 24 hours,” he says.

But no matter what’s in store for Magrudergrind, Kulawy insists that he’ll always do music, as long as his body allows. “It gives me my life’s blood. If I didn’t have it, I’d probably go crazy.”