Republican rout sends Democrats packing and wondering about the future 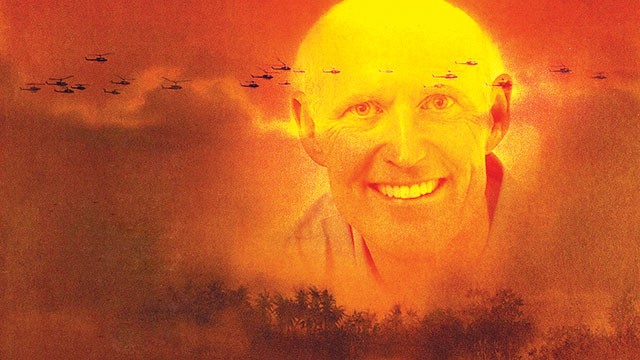 “You know, when you control the House, the Senate and the governor’s mansion, you pretty much get what you want. But it also means that the Republicans have complete ownership of what happens in Florida.”

If we could fit all of the miser-able metaphors of political disappointment into one atom of thankless existence, and then, following that, we could all sit back and watch the chemistry and physics of Florida and apathy collide, creating an explosion so powerful as to remove even the faintest glimmers of hope from the eyes of small children and cute puppies – then perhaps we might better understand the travesty that was the Nov. 4 midterm election in Florida.

Instead, we’re stuck here with a political horse-race hangover (and all of the punditry noise that implies) as the only headache soundtrack remaining for this winded emptiness that fills our collective sighing chest. Or, wait, is that just us?

Seriously speaking, the Republican victories across the country on both state and national levels have to be making some people happy – surely someone is doing a festive line of Koch – and given that the Floridian gubernatorial stakes came with confusion already built in (our Democrat was rather recently a Republican, confusingly enough), we really shouldn’t be all that surprised. Malfunctioning tanning bed Charlie Crist, despite some polling that hinted he might pull it off, ended up losing by about 66,000 votes when all was said and done.

“I wish I had a bigger bank account,” Crist told the Tampa Bay Times in the wake of his loss.

Fair enough. Most of the postgame analysis is giving the victory more to Gov. Rick Scott’s war chest (and the television advertising buys it bought) than to the rather unpopular governor himself. On top of the $100 million Scott’s campaign sunk into ruining your favorite broadcast television programming, Scott threw in $13 million from his own back pocket at the last minute, once again assuring everyone that you can indeed buy a governorship. Moreover, the barrage of negative ads is being (perhaps gratuitously) blamed for dismal turnout in South Florida, where only 40 percent of voters showed up.

“It’s not just about persuading voters who to vote for, it’s about people wanting to vote,” Crist campaign manager Omar Khan told the Times. “When you dump that much money, like they did in Miami, that can affect turnout. The question is how does all that negative advertising affect someone who might or might not vote.”

Closer to home, the down-ticket sting was seemingly without so clear an explanation. Minus a few expected victories – Congressman Alan Grayson’s re-election, Tiffany Moore Russell winning for Orange County Clerk of Courts, State Sen. Geraldine Thompson, D-Orlando, holding her seat, Eric Rollings winning the unpaid duty of manning a Soil and Water District – nearly everybody and everything else lost. At a Democratic election-results watching party at the Abbey last Tuesday night, the champagne bubbles turned into sleeping pills as everybody in attendance began to lock eyes across the room in dismay. All the county charter questions went to Republicans, medical marijuana failed, faces slid down necks and into empty cocktail glasses. We left the party before the bomb could completely drop.

In the ensuing days, the completely dismantled Democratic Florida House delegation began to dust off its pants a bit and realize that the sun still rises and sets. State Rep. Joe Saunders, D-Orlando, was stunned but not wholly surprised by his loss, he told us, considering the amount of effort the Republican Party of Florida put into juxtaposing his name with the phrase “sex offenders” in TV attack ads. State Rep. Karen Castor Dentel, D-Orlando, issued a statement that she would “continue to champion the important role of a strong and well-funded public education system as it is fundamental to everything else we care about.” State Rep. Linda Stewart, D-Orlando, called us to let us know that she was just fine and that she’d be going at it again in 2016.

“They sweep you out in the midterms, we sweep right back in the presidential years,” she said, sagely.