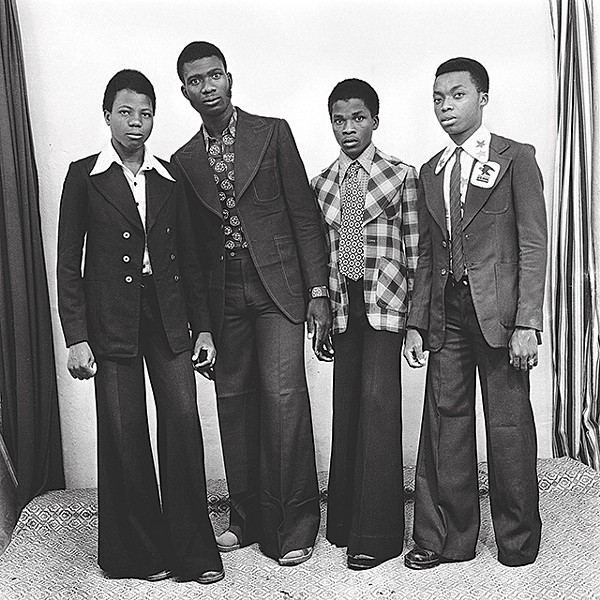 The timeline of revolution is almost always twinned: While politicians pursue military strategies to build a new government, the people find their own ways to reshape society. In the spaces left open by upended societal norms, youth culture usually flourishes, leading the way to individual liberation through the signifiers of music, dancing and fashion.

Mali’s independence was no different. As the newly formed African country shook off French colonial rule in 1960 and began the process of finding its own identity, no longer simply a source of raw material and labor for Europe, Malian youth seized the opportunity for new cultural freedoms and jumped headlong into the 1960s international youth culture. And photographer Malick Sidibé was there to document the whole thing, as shown in the traveling exhibition Studio Malick currently on display at Rollins College’s Cornell Fine Arts Museum.

While still in his 20s, Sidibé opened a photography studio in Bamako and became a ubiquitous presence on the social scene. He shot pictures of his fellow party-goers, often hitting four or five gatherings a night, and raced back to the darkroom to make prints all night, in time to be sold the next morning. (To the Instagram-happy present generation, this may sound onerous, but the freedom afforded by the 35mm camera was revolutionary in its time.) His party snaps document delirious nights full of dizzy grins, minidresses and the Twist; hugging couples pose and groups of men or women preen, displaying new outfits or dance steps. These images set in parking lots or around kitchen tables (wherever Sidibé could find available light) are a bit faded now, but they capture an electrifying moment in history, telling the story of independence person by person, face by face.

But it was in his studio that Sidibé became an artist. While the party pictures can be appreciated for the joy that shines forth from the subjects’ faces and for their historical value, in Sidibé’s studio portraits you can trace the development of a masterly eye. The studio gave Sidibé a grounded space in which he and his sitters could work out concepts of self-presentation.

Posed on a motorbike, grouped around a boom box, appropriating Bondian cool in a trench coat and shades, Sidibé’s subjects used the props he provided to show the world who they were, or who they wanted to be. Although the transformation may seem minimal – “I want to be the kind of person who owns a motorcycle” – the use of image and object to create self is profound. And the images themselves! Instead of an undifferentiated mass of party people, buzzed and happy, individual personalities blaze forth from these portraits, newly enlarged and printed in rich B&W from Sidibé’s old negatives.

“Flexing His Muscles” shows a man stripped down to jockey shorts, doing just that; his stance is strong, but his facial expression is tentative. Did Sidibé intend what we now read as a symbolic representation of Mali’s ambivalence toward its newfound independence?

Does it matter whether he did? Sidibé’s work serves many purposes. Foremost, his pictures are documentary: For historians, they track the sea change in Mali’s social conventions; for their subjects, they documented a noteworthy moment or purchase: a new piece of jewelry, an engagement or birthday.

But for a gallery viewer, these portraits chart the evolution of self-definition.