Manchester Orchestra are in search of honest, emotional indie rock

Life in a Northern town 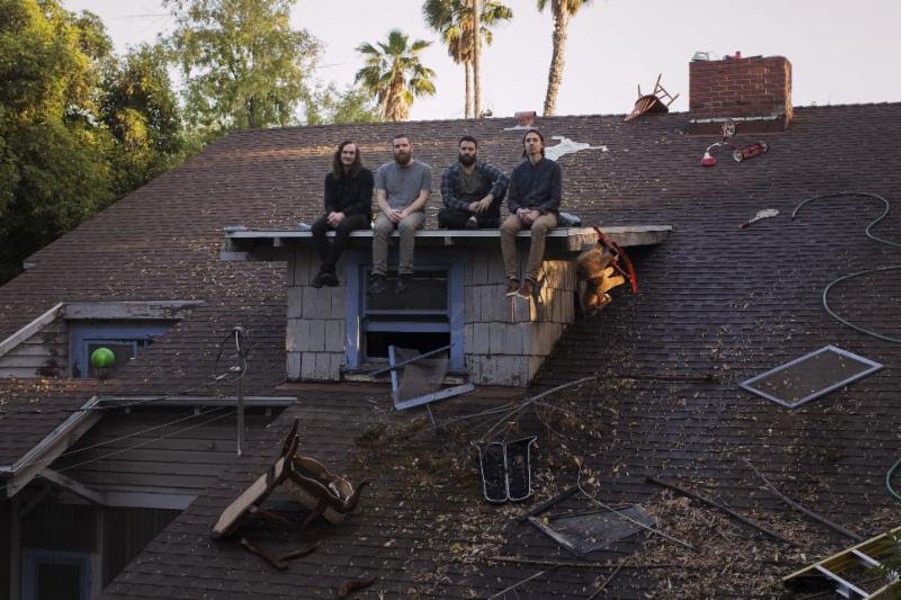 Although they emerged from the same rootsy, raw Southern rock scene as Band of Horses, Black Lips and Dead Confederate in the mid-2000s, Atlanta's Manchester Orchestra has evolved faster and with far less concern for their roots than those other bands.

Lead singer Andy Hull originally formed the band during his junior year of high school, trafficking in downcast, eccentric folk-rock à la Bright Eyes and Neutral Milk Hotel. But across the course of five full-length albums, Manchester Orchestra has ping-ponged between Weezer-esque emo rock, soaring arena-Americana and radio-friendly art-rock that recalls both the heyday of Smashing Pumpkins and Pearl Jam and even 3 Doors Down and Collective Soul.

Although Hull and co-songwriter Robert McDowell promised a more stripped-down version of Manchester Orchestra before releasing this year's A Black Mile to the Surface, the album soars and glides on the strength of its towering production. Maybe that was a lesson learned from the propulsive pummeling of 2014's Cope, an album so loud that the band reconfigured it as Hope, a song-for-song acoustic re-recording, just months later.

Hull and McDowell both attribute such a balanced sensibility to their soundtrack work on the strange Daniel Radcliffe movie Swiss Army Man, in which the actor forever known as Harry Potter famously farts his way back from the dead. Swiss Army Man's 24 tracks were written and recorded entirely a cappella, a process that allowed Manchester Orchestra to introduce long swaths of pensive quiet on A Black Mile to the Surface. The album's second-longest song, "The Alien," feels like it's going to explode into kaleidoscopic dissonance at any moment of its five-minute run time – but it doesn't, Hull holding his famous howl back while finger-picked guitars and gentle strings swell and subside. Meanwhile, variations on the line "There's nothing I've got when I die that I keep" drift throughout A Black Mile's 11 songs.

"Swiss Army Man flipped the reset switch for us," McDowell told DIY Mag last month. "All of a sudden, it allowed us to look at music as a blank canvas." In the same interview, Hull added, "We realized you could make an emotional, powerful song that's 25 seconds long. With [A Black Mile], we thought: Let's make every little second interesting." Producer Catherine Marks helped to facilitate that, even recording Hull's devastating falsetto for "The Parts" – a song about Hull's wife giving birth to their daughter Mayzie – in a bathtub since his hangover hindered any further movement.

The best part of Manchester Orchestra is that, in the live setting, such moments of raw intensity meld seamlessly with the band's louder, heavier history. Hull and McDowell are famous for leaving it all on the stage – check the evidence for yourself on their 2010 Record Store Day exclusive Live At Park Ave. album, recorded at the local record store – crashing and crescendoing through highlights from all five Manchester Orchestra albums.

"I feel so fortunate that [all] the albums have been written from a very honest place," Hull says.

Orlando music year in review: 20 things we loved in an unlovable 2020