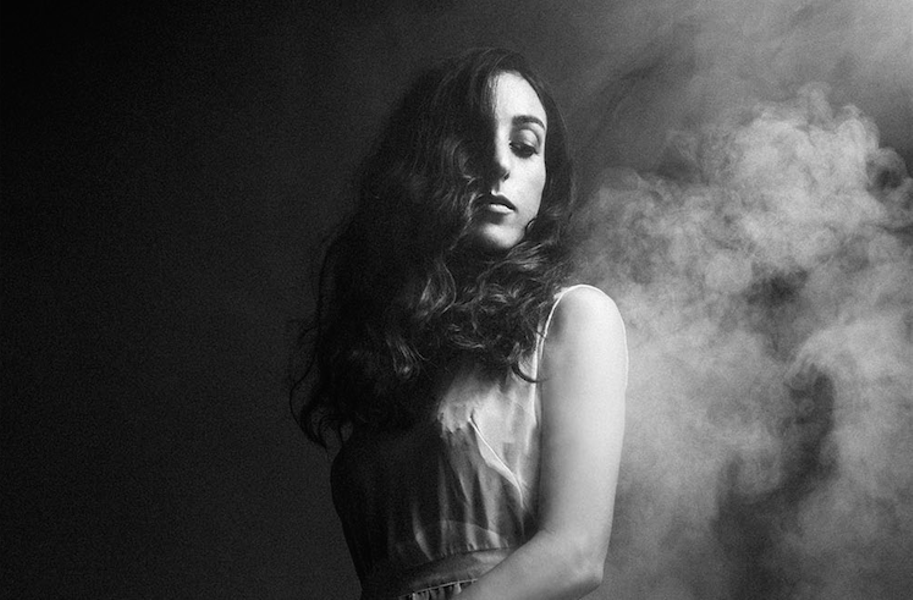 For more than a decade, New England-based singer-songwriter Marissa Nadler has crafted delicate folk songs that balance her hypnotic voice with carefully plucked guitar lines to create a sound all her own. With the release of her seventh and most recent studio album, Strangers, Nadler shifts further from the country roots of her earlier material toward a bleaker, more expansive atmosphere that builds upon the framework laid in her previous full-length, July. Both of these albums were released on Brooklyn-based indie label Sacred Bones, a punk-minded staple of the psychedelic rock revival, and Bella Union, an independent British label founded by members of dreampop luminaries Cocteau Twins.

From the opening notes of Strangers, soft piano keys announce the beginning of a new chapter in Nadler's career. Not so much a departure from earlier material as a bridge to new territory, this album expands on her previous work with the help of a backing band to flesh out the bones of her creations. Intertwined with Nadler's haunting vocal melodies, delicately fingerpicked guitars, tastefully integrated string accompaniments, and occasional pianos and percussion come together to lay the foundation for the stark minimalism that has defined her distinctively elegant and ethereal sound.

Regarding this "deliberate" shift in musical style, Nadler notes that she has "recently started to play more lead guitar, which began when I recorded my cover of Black Sabbath's 'Solitude.'" She also explains that she wanted to expand her sound and challenge herself with this new album, adding that "July was the pinnacle of a certain type of songwriting" for her. "With this album, the sound shifted, but my subject matter did, as well." Working alongside producer Randall Dunn (who has recorded and mixed albums for drone metal heavyweights Boris, Sunn O))) and Earth, among others) on both July and Strangers, "has been wonderful ... in terms of challenging me to expand."

With more than a dozen albums already under her belt, as well as various singles, EPs and compilation tracks, Nadler's expansive catalogue features a broad range of intimate sonic explorations that highlight her vocal prowess and mastery of song structure. In addition to her solo work, which has paved the way for numerous international tours, she has collaborated with a number of noteworthy artists, including fellow folk powerhouses Angel Olsen and Father John Misty. While her musical style is definitively grounded in folk and country, the lingering melancholy of her voice transcends genre boundaries, resonating with even the heaviest end of the rock spectrum. This versatility was perhaps most apparent in her contribution to one-man black metal project Xasthur on his aptly named album, Portal of Sorrow, to which Nadler lent her vocal talents on multiple tracks.

When asked about the commonalities between such seemingly disparate styles of music, she says, "I believe that atmosphere and darkness unify [these] bands ... and tie them to my musical thread quite naturally. I've always been attracted to creating lush, dreamlike worlds for my songs to exist in. A lot of the subject matter of my songwriting has revolved around loss, wanderlust, romance, and death – to name a few." Channeling this shared vision of the world that "embrace[s] the dark undercurrents of humanity" also prepared her to perform alongside theatrical cult rockers Ghost, for whom she is currently opening on a nationwide tour that stops in Orlando at Hard Rock Live this Wednesday.