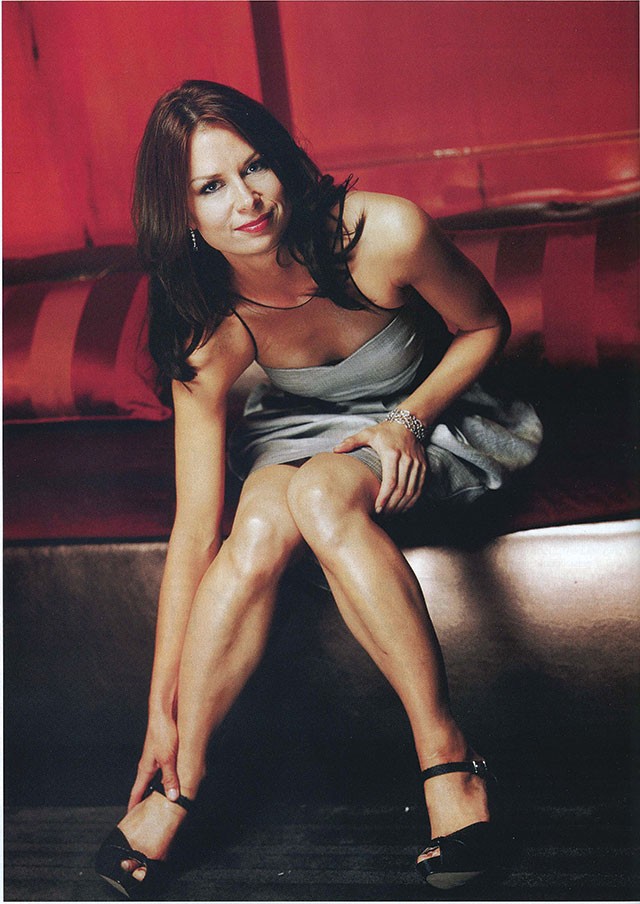 Even if you don’t know Mary Lynn Rajskub’s name, you probably know her face. The 43-year-old actress has been popping up in the film and TV world for years, in everything from Mr. Show to Punch-Drunk Love to It’s Always Sunny in Philadelphia, but she’s best known for portraying Jack Bauer’s dependable techie sidekick, Chloe O’Brian, on Fox’s 24 for seven seasons. What many people don’t know, however, is that Rajskub is also a very funny – and cheerful – comedian. This weekend, she’ll showcase that talent in three shows at the Improv.

Rajskub tells us that she first got into comedy almost by accident. “I was in art school, going to school for painting, and I started doing performance art … where you just use concepts and not really your actual art material, which mostly just turns into people using their genitals. So I was doing that and I was doing it in bars … and I started getting laughs but I wasn’t really setting up laughs, so I decided to go in the direction of comedy.” Getting laughs while not really trying to get laughs has become a hallmark of Rajskub’s acting career, which often has her playing straight-faced, slightly awkward characters.

Rajskub eventually moved to Los Angeles to pursue an entertainment career and soon found herself involved in the burgeoning alt-comedy scene of the mid-’90s. “I was in L.A. doing a lot of live performances in theaters and bookstores, sort of nontraditional performance stuff. And there was this group of people that I was hanging out with in the ’90s which became a lot of the people from the alternative comedy scene who went on to do very well.”

Rajskub is referring to L.A.’s now-legendary Largo scene. When Fairfax Avenue stalwart Café Largo changed hands in 1992, the new owners became hosts to a crowd of musicians, comedians and filmmakers who were drawn to Jon Brion’s cabaret-esque Friday night residency. Guest musicians like Fiona Apple, Aimee Mann and Jackson Browne would drop in to perform with Brion, while comedians like Rajskub, Zach Galifianakis or Patton Oswalt sometimes took the stage to perform sketches or stand-up. It’s fitting that the most successful project to come out of the Largo scene was Jack Black and Kyle Gass’ Tenacious D.

Even with that kind of comedy pedigree, Rajskub admits that most people who come to her shows only know her as the stern-faced Chloe from her seven-year stint on 24. “I would say one-tenth of the audience knows me from Mr. Show and Always Sunny and they’re always really, really excited about that, but the rest of the audience, by and large, knows me from 24,” she admits. “It always makes it interesting because 24 isn’t really a funny show. So they don’t know what to expect and maybe they’re people who wouldn’t necessarily come out to a comedy club. So it’s always a fun intersection of people.”

As far as how she gets those people to divorce her 24 character from her comedy persona, Rajskub says, “I just take my time and walk them through the fact that I am in fact not really a computer genius in real life … I feel like maybe [men in the audience] think they’re Jack Bauer in their real life and I want to kind of either coach them through that or maybe give them some credit for being the Jack Bauer in their own life.

“So I usually just talk people through it and at that point I can move on to my actual comedy material, which is a lot about my life, very personal stuff … meeting my now-husband and accidentally getting pregnant three months into the relationship and everything that went along with that.” We’re pretty sure even Chloe O’Brian couldn’t Google-map her way out of that one.