Members of the club 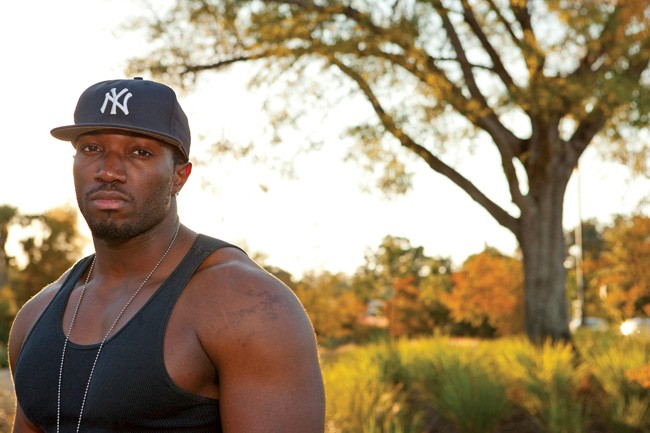 Plans to cajole flabby-bellied crack rap fantasist Rick Ross into the studio with lithe fashionista popstress Lady Gaga are afoot. “Getting them both together to record a song would be amazing. It would definitely be an unconventional pairing, but I would love to see what would happen; get to see how they would interact person-to-person, and how we’d get to create a crazy song.”

That’s according to Alex “Ave” Cartanya, who makes up one-third of hip-hop production outfit Tha Hydrox, along with Orlando-based Tre Holla and Tampa’s Mike Jaxx. Tha Hydrox have aimed loftily for a fantasy collaboration pairing. But the team might be closer to their dream than many upcoming production outfits after notching a career milestone when they were chosen to produce the lead single for Southern star Yelawolf’s much-anticipated album, Radioactive, to be released in November on Eminem’s Shady Records.

Titled “Hard White (Up in the Club),” the song, which also features the animated yelps of crunk bastion Lil Jon, was released this summer. The beat, which pairs hard, nearly industrial-sounding drum stabs with a nagging, Middle Eastern vocal refrain woven in and out of the mix, was met with positive critical reaction. (It’s not too ambitious a jump to imagine Em’s quick-spit syllables layered over the track.) “Hard White” didn’t just boost the profile of Tha Hydrox – it created it.

Holla describes the big break as “incredible.” He says Tha Hydrox, which officially formed a year ago, had been in back-and-forth contact with Yelawolf’s management for a number of months before being formally asked to submit production samples for the introduction to the rapper’s album.

“We started shipping them beats, but they kept saying this one wasn’t quite right, or they didn’t feel the vibe of that one,” Holla says. “Then, just at the point where it looked like we’d lost the opportunity, they opened up one of our older beat catalogues. There was a track in there that Alex had originated, and after sitting on it for months and months, they came back and said, ‘Yeah, this is exactly what we’ve been looking for.’”

The decision admittedly took Tha Hydrox by surprise. “As a producer, you always think your new stuff is the best,” Jaxx says. (Rap lore is filled with rumors of rappers turning down beats producers believe are a fine fit for them. The Just Blaze production Joe Budden used for his 2003 hit “Pump It Up” is alleged to have been passed on by Jay-Z; Orlando-based team the Runners have said that the song that became Rick Ross’ “Hustlin’” was turned down by T.I. and Young Jeezy first.) Holla says that if they don’t get to provide anything else on the project, he’ll be happy with having added that plaudit to Tha Hydrox’s name.

The industry science behind an unknown producer getting this sort of breakthrough is a combination of tailoring pitches and standing out from the competition. Tha Hydrox have recently submitted a portfolio of beats to both 50 Cent and B.o.B. It’s a process that, Holla says, begins somewhat selectively. But, as Tha Hydrox discovered, you can never really guess what sort of beat an artist will find himself attracted to. So, with a degree of overlap involved in sending out speculative beats, he says, “Sometimes people get the same beat, and whoever gets back first can be in a bidding war.”

Holla adds that for “Hard White,” Tha Hydrox “beat out Just Blaze, I think, and Drumma Boy and the Runners. It was a very highly anticipated record, and it just so happened to fall into our hands.”

Tha Hydrox may give the impression that serendipity plays a role in getting that first hit single under your belt, but the transparency of the Internet has also given aspiring producers a benefit their pre-Net predecessors lacked. Referring to fellow producers the JUSTICE League and the Runners, Jaxx mentions that he’s “even watched some of them in the studio,” via YouTube, where, as he puts it, “you can learn from Kanye West, learn from Timbaland, watch how they work with other people, then apply that to your own team.”

“We seen Lex Luger work,” adds Holla, about the man who’s forged hits for West and Jay-Z, as well as the ubiquitous Ross. “His process is just completely different from ours. It’s humorous, in some aspects, that some people can approach it from an angle that we might think is totally inefficient and just bang out these hits. But then there’s others that we see, and we’re left like, ‘How are they doing it?’”

Cartanya adds, “We got mad respect for Lex. He basically shaped a sound; took hip-hop to that next level it needed to be at. That’s our inspiration; we want to get to leave that sort of mark.”