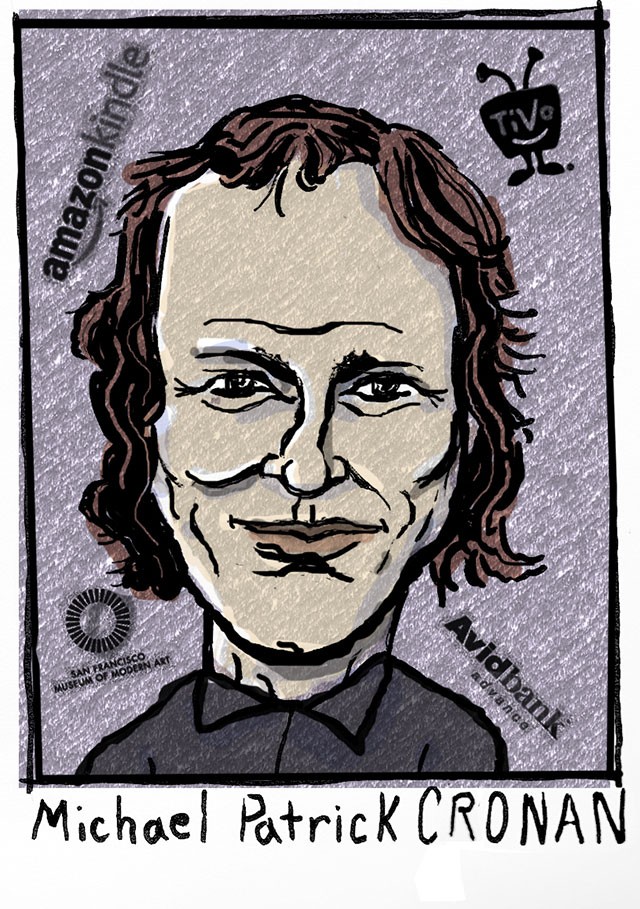 Blame Michael Patrick Cronan for introducing some of those names to our modern lexicon. Cronan, a graphic designer from San Francisco, was first asked in 1997 to come up with a name for a new device that would give people a way to record TV shows digitally – that device, which is now practically ubiquitous in most households with cable TV, was a digital video recorder (DVR), but at the time it was a foreign concept and needed a name that was “as close as possible to what people would find familiar,” Cronan later said. He came up with TiVo, a combination of “TV” and the Latin word “vo,” which means voice. He also came up with the adorable TiVo mascot, a little smiling TV with floppy antenna ears and big feet. According to an obituary in the New York Times, Cronan had hoped the mascot would be as recognizable as a Disney character, and it arguably is.

Cronan was also the guy charged with coming up with a name for Amazon’s revolutionary digital reading device. His wife, Karin Hibma, says he found it important to place some kind of cultural context on the names he created for objects, and when he was pondering the reading device, she told the Times, he wanted to find something “small, humble, with no braggadocio.” He eventually came up with the name Kindle when he considered the potential of the new e-reader as something that could catch on and perhaps even start a fire. And whether you love or hate the Kindle as a concept, the name turned out to be prescient, as that’s exactly what it has done.

Cronan, who was also a founding member of the American Institute of Graphic Art, died on New Year’s Day after a bout with colon cancer.