Album review: Moonmen From Mars’ ‘The Horrors of Dr. Jones’ 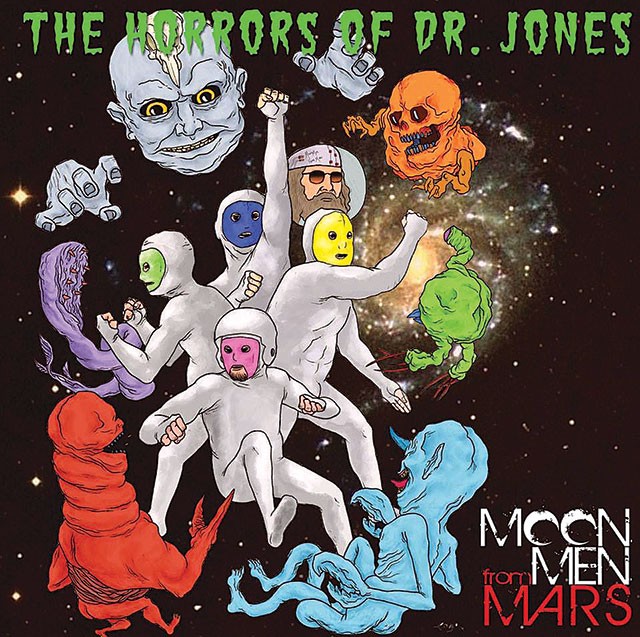 Moonmen From Mars
The Horrors of Dr. Jones
Post Records
★★★ (out of 5 stars)

Indie-pop made him locally famous but Orlando’s Jeff Ilgenfritz is no stranger to punk rock. You probably remember his band Mumpsy, but only deep fans will recall that they released an entire album of Misfits covers, and it was very good. With original material, silver space suits, a lighthearted horror theme and multimedia shows, this galactically confused band is much more immersive. Moreover, Ilgenfritz’s natural, intuitive songwriting guarantees anthems.
This debut is the first of a salvo of digital EPs to be released in the next year. The bopping blitz of “Dr. Jones” recalls Mumpsy’s Misfits phase. The diving, chanting hardcore of “They Live” comes in two versions: a charging studio take and a nice, raw live recording that immortalizes a rousing opening set they did for Agent Orange. Add in the dark-rocking swagger of “Red Night,” and you have a punchy first glimpse of a band that merges concept, levity and punk rock into a fun, cogent force.