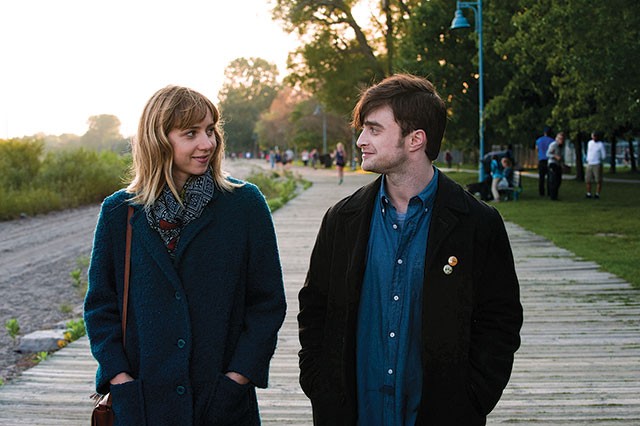 The Expendables 3 You know exactly what sort of demographic a movie is going for when it augments its regular cast of geriatric mercs with a “new generation of badasses” that includes Harrison Ford, Mel Gibson, Kelsey Grammer, Wesley Snipes and Antonio Banderas. Hey, some of those guys didn’t even have their AARP card when Clinton was president! Not that they’d want to remember those years anyway, since the Expendables franchise continues to exist mostly to provide steady employment for the right-wing pariahs who can’t get work anywhere else in Hollywood – if you believe Gary Oldman. (Do not believe Gary Oldman – Ed.) Come to think of it, Oldman would make a great addition to the cast next time, along with Gary Sinise, John Malkovich, and every other poor, persecuted Republithug you hear from regularly, mostly in interviews where they’re complaining that you never hear from them. Expendables 4: War on Christmas, arriving just in time for Ramadan. (PG-13) – Steve Schneider

The Giver And here’s one to dither over on Throwback Thursday: Plans to turn the dystopian YA hit The Giver into a movie were first hatched all the way back in 1994. Not only did half the Expendables still have a sperm count back then, but Richard Linklater had just begun to grow Ellar Coltrane in a petri dish! Now the wait is over, and we can see what kind of work Walden Media has done in adapting Lois Lowry’s oh-so-subtle tale of a conformist society living under the edict of “The Sameness.” Personally, I thought the kids in The Wackness seemed to be having a better time, but I question how committed to “youth concerns” this movie is anyway, since lead character Jonas was 12 in the book but is played on screen by 25-year-old Brenton Thwaites. Then again, everybody in the source novel of Logan’s Run died at 21 instead of 30, and Michael York gotta eat. So plus ça hopey changey, I guess. (PG-13) – SS

What If The presence of Ol’ Ruby Sparks herself, Zoe Kazan, as the female lead is the hipster talking point here, and having her play opposite Daniel Radcliffe (aka the Ever-Expanding Wand of Harry Potter) is good for some mainstream ink. But the truly clued-in will be most enticed by the source material: Toothpaste and Cigars, a play co-written by mighty Fringe-circuit monologist TJ Dawe. While the play has toured Canada, it was never brought to Florida, which means that Dawe’s Sunshine State acolytes essentially have a whole new work to dig into during the theatrical off-season. Seriously, it’s like Christmas for kids who get beat up a lot. (PG-13) – SS