Mr. Rogers to the rescue: 'It’s a Beautiful Day' opens in Orlando 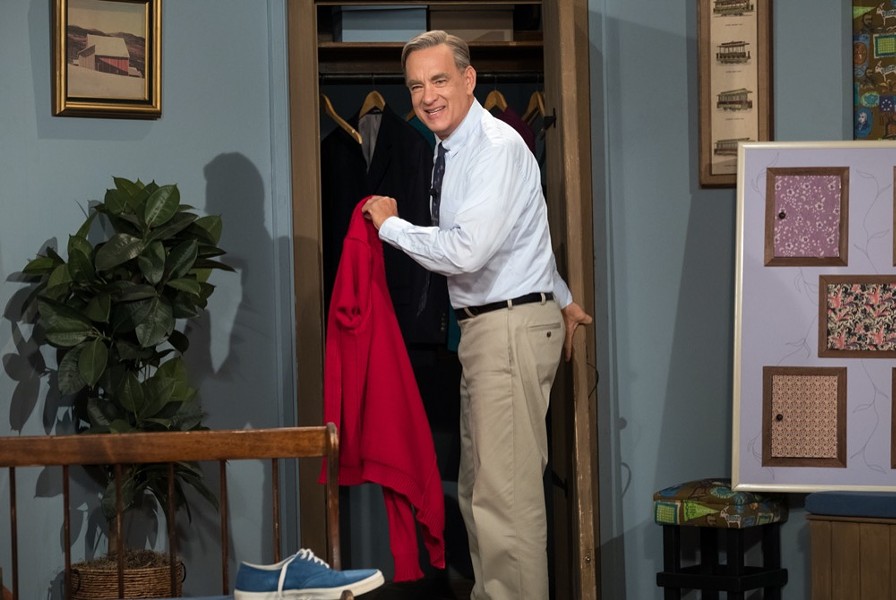 In 1998, Esquire asked journalist Tom Junod to write a profile of Fred Rogers. But instead of the article changing the subject's life, as magazine articles often do, it changed Junod's.

"Once upon a time, a little boy loved a stuffed animal whose name was Old Rabbit," the article began. "The little boy didn't know why he loved Old Rabbit; he just did."

That little boy was Junod himself, but before meeting Mr. Rogers (who introduced him to his Daniel Tiger puppet), the serious investigative journalist had mostly forgotten about his old toy. "You were once a child too," Rogers reminded him, and Junod's early memories came flooding back, inspiring him to focus the article just as much on himself as his subject.

That article serves as inspiration for A Beautiful Day in the Neighborhood, the new film by director Marielle Heller (Can You Ever Forgive Me?). But because writers Micah Fitzerman-Blue and Noah Harpster wanted to take Junod and Rogers' relationship in a fictional direction, the journalist is renamed Lloyd Vogel. And the story is better served by that choice, partially because it allows Heller to adopt a dreamlike, occasionally surreal style, complete with lovely artistic flourishes, charmingly kitschy production design and aspect-ratio experimentation.

Tom Hanks plays Mr. Rogers. Though the legendary actor has previously pulled off impersonations of Walt Disney, Ben Bradlee, Chesley Sullenberger and Jim Lovell, I was genuinely concerned about this one. Was a re-creation of Rogers really doable, or even necessary so close on the heels of one of the most impactful documentaries of last year, Won't You Be My Neighbor? The quick answers are yes and yes, and preview audiences apparently agree, as everyone at the screening I attended sat in quiet, contemplative attention for almost all of Hanks' equally quiet, contemplative performance.

If it's Hanks' goal, as The Onion recently joked, to play every American, it's Matthew Rhys' job, at least in this film, to play the everyman. Though his character is a successful writer, he's also like a lot of us: broken, stressed, struggling to make sense of life and needing solace from someone like Mr. Rogers. And the Welsh actor, known for playing Philip Jennings in The Americans and Daniel Ellsberg in The Post, is up to the task, holding his own with Hanks. The same goes for Chris Cooper, who brings authenticity and emotional power to the role of the writer's alcoholic father.

Though this film bookends nicely with the aforementioned documentary, I was struck by a more interesting companion from earlier this year: Joker. To compare the two films and the vastly different yet equally powerful societal and personal visions they offer, one might turn to arguably the greatest American political speech: Robert Kennedy's announcement of Martin Luther King Jr.'s assassination in 1968:

"You can be filled with bitterness and with hatred and a desire for revenge. We can move in that direction as a country, in greater polarization ... filled with hatred toward one another. Or we can make an effort ... to understand and to comprehend and replace that violence, that stain of bloodshed that has spread across our land, with an effort to understand, with compassion and love."

The latter was Mr. Rogers' message. And this film encapsulates it extraordinarily.