‘Much Ado About Nothing’ is clever but lacking in life

Joss Whedon’s take on the bard is disappointingly dull 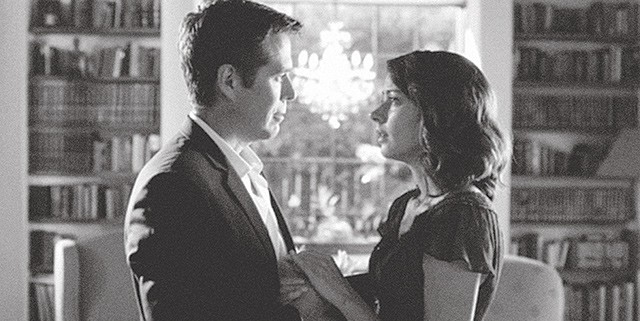 Much Ado About Nothing
★★★

Ah, to have the luxury of making a film while making another film. Such is the life of Joss Whedon, who directed and wrote the screenplay for a modern adaptation of Much Ado About Nothing while working on The Avengers. Though the results make for an interesting experiment and prove that Shakespeare is mesmerizing in almost any form, Whedon’s work is a bagatelle not quite worthy of the Bard.

Benedick (Alexis Denisof) and Beatrice (Amy Acker) are sharp-tongued potential lovers desperate to deny their mutual attraction. “I’d rather hear my dog bark at a crow than a man swear he loves me,” Beatrice claims. Their opposites are Claudio (Fran Kranz) and Hero (Jillian Morgese), gushing with love and awaiting their wedding, which is cruelly sabotaged by Don John (Sean Maher). These alternatingly humorous and dramatic shenanigans take place at the home of Leonato (Clark Gregg), Hero’s father, during a visit by the revered Don Pedro (Reed Diamond), brother of Don John.

The play is well-suited to a modern take because of its heavy use of prose instead of verse. While this allows it to sound contemporary in form, it is still married to the 17th century in content and grammar. This makes Whedon’s version fascinating at times but also awkward (unlike Ralph Fienne’s Coriolanus, which worked better in an updated setting). Events seem rushed, though this version is just four minutes shorter than the superior Kenneth Branagh one from 1993.

More striking is the fact that we never really grasp why Don John is sabotaging the wedding. Admittedly, Shakespeare’s text provides little motivation except for a bastard-brother rivalry and an innate evil lurking in John, who is a sort of Iago-lite. “I cannot hide what I am,” he proclaims. “I am a plain-dealing villain.”

In the Branagh version, that explanation seemed adequate, maybe because we were just happy to see Keanu Reaves get the hell off the screen. Yet in a modern context, it feels forced – far from the sort of vaudeville villainy one might have seen in the 1600s.

The saving grace of Whedon’s work is Nathan Fillion as Dogberry, portrayed here as a buffoonish policeman investigating the trickery of Don John. Whereas Michael Keaton’s Dogberry almost derailed the Branagh version with unintelligible, misguided farce, Fillion comes close to rescuing this one with smart – and very funny – subtlety. Gregg, as Leonato, is also strong, but everyone else just seems present, without enough life, joy or humor, especially Denisof, who is a pathetic substitute for Branagh’s Benedick. He’s too dour, his wordplay lacks life, and he sucks at slapstick. He also has no chemistry with Acker, who, as Beatrice, at least tries to project some of the charm that Emma Thompson brought to the role.

Whedon shot Much Ado in 12 days, at his home, in black and white, perhaps to strip the production to its core and focus solely on the story. It’s a noble notion and worthy of watching in a college course, but there’s too little vim and vigor for the big screen.