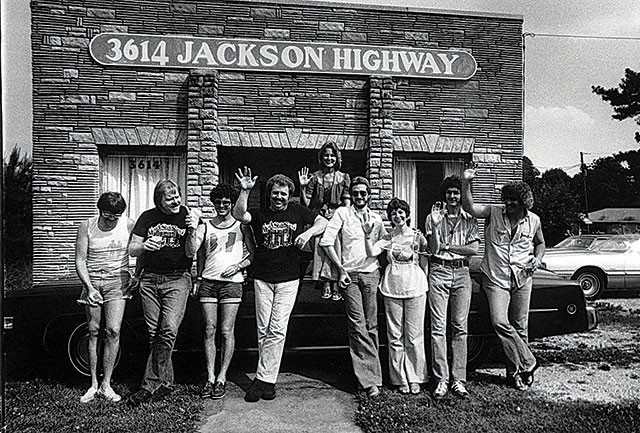 Now Muscle Shoals has got the Swampers, and they’ve been known to pick a song or two. Lord, they get me off so much. They pick me up when I’m feeling blue – now how ‘bout you?” If those lyrics from Lynyrd Skynyrd’s “Sweet Home Alabama” ever confused you, the documentary Muscle Shoals will explain them and so much more about the little Alabama town that launched an unforgettable musical sound in the 1960s and ’70s.

“People now still ask me, what is it about Muscle Shoals? It’s just a little village [in] Alabama. … Why does that music come out of there? It’s an enigma.” So says Steve Winwood, echoing comments from dozens of other iconic artists interviewed for this musical film feast. There’s Mick Jagger, Aretha Franklin, Percy Sledge, Alicia Keys and too many others to mention. But perhaps the greatest contributions come from the very guys who made the town the South’s answer to Abbey Road: Rick Hall (the legendary producer, engineer and founder of FAME Studios) and the aforementioned Swampers (the innovative, funky back-up band that Hall brought together, before they left to form a rival
studio just a stone’s throw away, with the help of Atlantic Records producer Jerry Wexler.)

“Rick Hall was actually the first white man that I’d seen that had that kind of soul that was an engineer,” says Etta James. A protégé of the great Sam Phillips, Hall was the original driving force of Muscle Shoals. He is the heart of the documentary too, his odd and moving tales interspersed with countless classic songs, not to mention stories of recording sessions that produced masterpieces such as “When a Man Loves a Woman” and “Respect.” And Muscle Shoals didn’t just produce “Respect,” it gained it too, drawing revered musicians from around the world to the shores of the Tennessee River.

“We started to hear this sound coming out,” says Keith Richards. “Then after a while, this word ‘Muscle Shoals’ comes into the picture. And that was when I said
[the Rolling Stones have] got to go down there.”

Directed by Greg “Freddy” Camalier, Muscle Shoals also address racial tensions and the town’s ability to bring people together. As U2’s Bono recounts, “Here are vinyl records that prove that not only can [blacks and whites] live together, you might not know who’s black and who’s white.” Yet trying to juggle so much history often reduces the film to a jumbled, unfocused string of stories. Emotionally moving but messy, it survives thanks to its superb songs, great cinematography and insightful anecdotes – in spite of its lack of a satisfactory conclusion.

Both a spiritual contemplation of the true meaning of music and a powerful, personal examination of Hall’s demons, Muscle Shoals is simultaneously the most entertaining and frustrating music documentary of the year. So to totally get its groove, try to forget its flaws and simply revel in its rhythm.