The latest songs from local lo-fi psych adventurers ARK demonstrate how redemptive trusting your gut can be. Begun as a three-piece called Like Diamonds in 2013, the band's namesake and multi-instrumentalist Ark Calkins decided to incubate and reinvigorate his songs through solo explorations that really benefited from the songwriter's thoughtful tinkering. Now a five-piece band, ARK has evolved and is more expressive than ever, with pensive lyrics over rich psych songs that borrow from the best of the world's imaginative folk records to create music that makes you train the ear to lean in. After this year's debut EP Songs in the Key of I and on the cusp of a new release promised by the year's end, we sent the band to North Avenue Studios to lay down a preview of what's to come from these excitingly mindful spirits. Watch "Queen Be" below then go here to see another video of ARK performing "Wren," plus read a full profile on the band.

The fall version of the Orlando Record and CD Show at the Central Florida Fairgrounds has a date set for Sunday, Oct. 18. If you're not hip to this humongous vinyl-lovers affair, the Record and CD Show features a monstrous mash of records, with thousands of discs, out-of-town vendors, rare and out-of-print vinyl, imports, plus the necessities you need to fill out your collection. It is a sincere wonder if turntables turn your world. Admission is $3 to get in from 10 a.m. to 4 p.m. and peruse the offerings, but if you show up early, the early bird admission is $10 and gets you in at 7:30 a.m. – two and a half hours before the rest of the collectors. Don't be late or we won't believe that's just dust in your eyes. 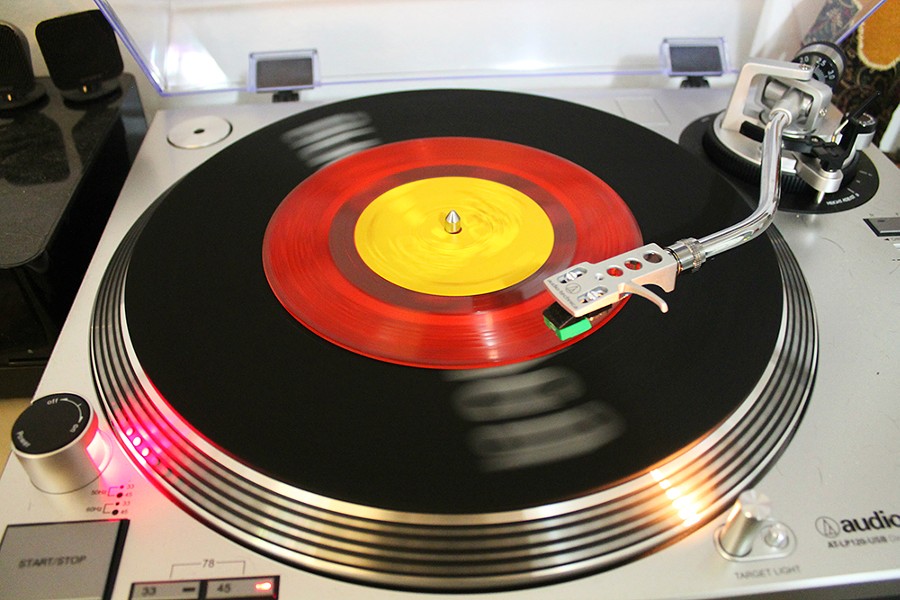 While it's a hike to get to Miami, III Points Festival (Oct. 9-11) entices with banner acts like Run the Jewels, Unknown Mortal Orchestra (as if anyone isn't digging on their 2015 release Multi-Love?), Panda Bear, Toro y Moi, Ghostface Killah + Doom, King Krule, Warpaint, Surfer Blood, XXYYXX – it's three days of powerhouse attractions that has our hearts going haywire. We'll be kicking around down in Wynwood for the DJ sets (Nicolas Jaar!, Bonobo! YNOT!) and concerts all weekend. See you there?

Speaking of music festivals happening south of here, Okeechobee Music & Arts Festival was announced in September and is set to take place March 4-6, 2016. It's a camping festival that boasts a massive lineup (more than 80 bands) with quality of headliners akin to major festivals like Bonnaroo, plus unique performances and collaborations specifically for this event. As of now, no bands have been announced, but we will be watching closely to report when they do. You can also sign up for updates at okeechobeefest.com