Trained as a drummer but evolved into a one-man band, local songwriter Mike Furlong went solo as Mic the Prophet after struggling to find a band that could invest the same energy he had to put into a collaborative effort. That was until most recently when the DeLand native was propped up by a successful Kickstarter campaign, and he recorded his debut self-titled LP (due out April 7) with a new supporting cast, the Bear Necessities. The official release happens on Saturday, April 18, at West End Trading Co. in Sanford, but before that, you can watch Mic the Prophet and his new band perform two new songs, "Dry Bones" and "Perennials," in this month's featured Off the Avenue session at DeLand's North Avenue Studios. Watch both videos online now and read more about Mic the Prophet to find out why his guitar is the center of his sound, how he built his own kick-drum from thrift store finds and why he considers the Decemberists heroes.

Fresh back from their vinyl quest in California, the good guys at Uncle Tony's Donut Shoppe are back in town and hard at work building out their first official Orlando store at 703 N. Orange Ave., close to the intersection at Colonial Drive. They plan to open up by Wednesday, April 1, sharing the knowledge and music they found on that whimsical adventure that record-digging takes you on, exploring famous West Coast shops as well as going off-roading to pick through random personal collections. Check out their Instagram, @donutshoppe, and facebook.com/donutshoppe to see photos of the space, because even unfinished, it already smacks with the quality vibes of the rare, often obscure records they stock. 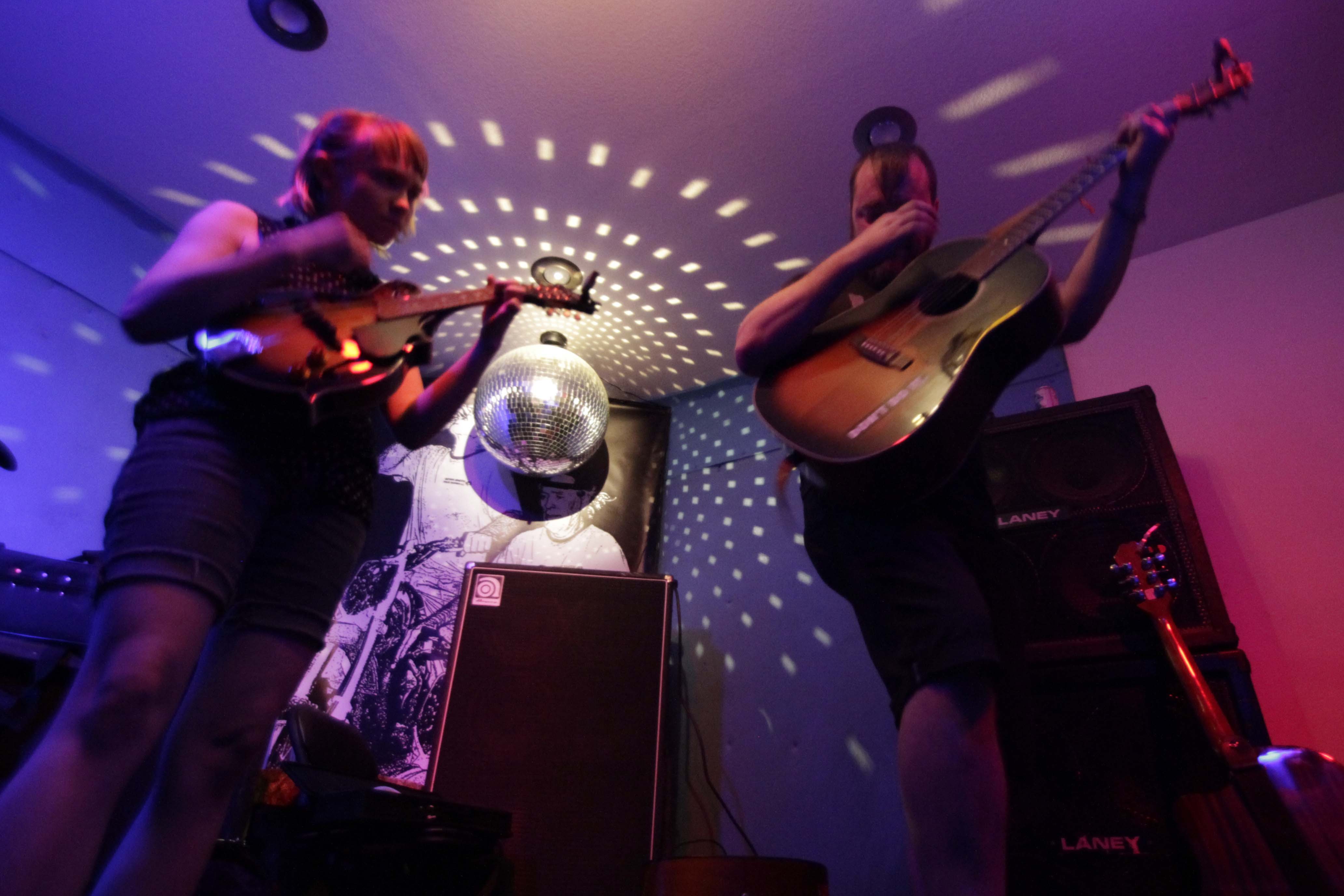 Things have picked up since the Space Station announced themselves on the scene with Space Station Fest last November. The thriving community workspace that occupies a College Park warehouse (2539 Coolidge Ave.) serves by day as a creative work zone for local screen-printer and artist Aaron Sarkisian and local artist and musician Maxwell Hartley. But by night, the Space Station frequently gets invaded by underground talents looking for a relaxed space where restless bands can go nuts in peace. This week, there are two shows tearing into the Space Station: Great Results, Harsh Radish and Crit at 7 p.m. Sunday, March 29, and KnifeHits, Dzoavits and Neat Freak at 3 p.m. Monday, March 30. Respectful of the residential stretch directly behind the Space Station, all shows end by 10 p.m. in accordance with the noise ordinance. As for the place itself – as the name suggests, it's beyond cool, and upon entering, you sense the creative buzz of the day's workload still humming throughout the spacious layout, which features separate work stations for Hartley and Sarkisian, as well as a generous band room and a neat kitchen/den where you can spin records. Read more about the Space Station and see additional photos.