Netflix's 'Atypical' reminds us we're all bound to screw up 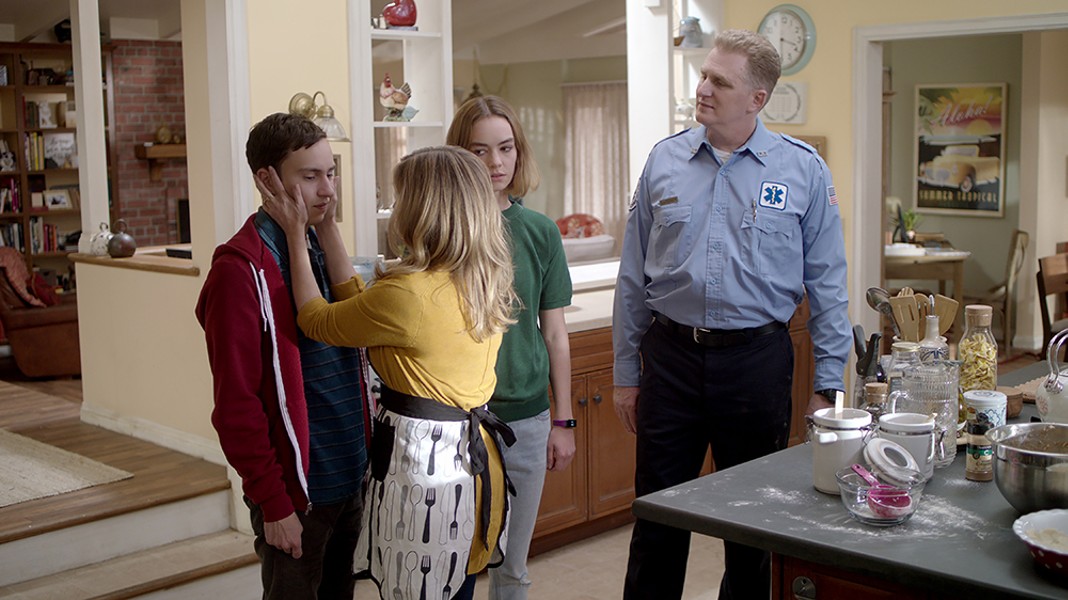 Atypical, All episodes streaming on Netflix Friday, Aug. 11, 4 out of 5 stars

The new Netflix series Atypical, by Robia Rashid (former producer and writer for How I Met Your Mother), is a drama-comedy hybrid about a family whose eldest son has autism. Filmed in Santa Clarita, California (like Drew Barrymore's recent series The Santa Clarita Diet), the suburban setting makes it clear that autism is an EveryFamily kind of problem, but also one that is subject to the contemporary trend of having its own distinct lexicon and social norms. Crackling with witty but realistic dialogue and plausible scenarios of teen angst, the show's first four episodes are engaging and intelligent.

Eighteen-year-old Sam, played by the excellent Keir Gilchrist (The United States of Tara), has only one friend: his co-worker at the computer store, Zahid (hilariously played by Nik Dodani). His lack of social grace is something he's painfully aware of, more so since he has decided he'd like to start dating girls. Zahid's self-professed prowess in this area inspires him to give Sam bold advice that proves disastrous again and again. Sam's younger sister, Casey (Brigette Lundy-Paine), is also something of a loner whose star athletic ability has her running track with seniors two years older than she is. Casey picks on Sam affectionately, if harshly, and staunchly defends him against bullies, yet feels frustrated that Sam's needs and issues often eclipse her own need for occasional support and attention from her parents. When Casey stands up against a school bully picking on a female classmate, the classmate's older brother (a handsome but possibly delinquent tech school student) is attracted to her courage and integrity.

Jennifer Jason Leigh is Elsa, Sam's mom, and this seasoned actress' portrayal does a great deal with what sometimes feels like a thinly written role. Elsa is constantly worried about Sam and terrified for his well-being, even as she realizes he has to start being more independent. Her constant interaction with support groups gives her a whole different approach to the situation than husband Doug (Michael Rapaport, a bland actor whose performance here is as devoid of range and subtlety as usual), whose laid-back style of parenting is portrayed as an effective foil to Elsa's attentiveness. The couple has had their challenges, and eventually the demands of coping with Sam's difficulties nonstop provokes Elsa, a compulsive list-maker whose color-coded activity calendar dominates the kitchen, to try and sow some wild oats. Her lucid self-awareness contrasted with her reckless behavior is fascinating to watch, and Leigh, no stranger to roles portraying women with complex urges, is compelling, an actress who's at the top of her game.

The younger performers in the cast are simply first-rate, inhabiting a range of emotions with nuance and authenticity. I particularly liked Jenna Boyd as Paige, the awkward student who shows an interest in Sam and has her own personality foibles to struggle with. The series does not shy away from portraying the tendency many young people and adults have of ridiculing anyone who doesn't quite know how to act "normal" without a detailed playbook. Obtaining and decoding that playbook feels tantalizingly out of reach for people like Sam and Paige, who try harder than most and yet fail when it seems to matter most; other misfits like Casey and Zahid just seem a bit less self-conscious about their anti-social behavior. The series portrays autism as a condition that never "gets better" and is subject to much misunderstanding. (The scene where Doug finally attends a support group and is chastised for not using the correct lingo is both funny and dark.) Yet Atypical also wants to remind us that, regardless of any formal diagnosis we may or may not receive, all of us have quirks and intentions that can cause us daily pain, embarrassment and despair. And try though we might to be understanding, patient and compassionate, we all occasionally screw up, even when we're trying to help others. Even when surrounded by family and helpmeets, we're often alone in our struggles.