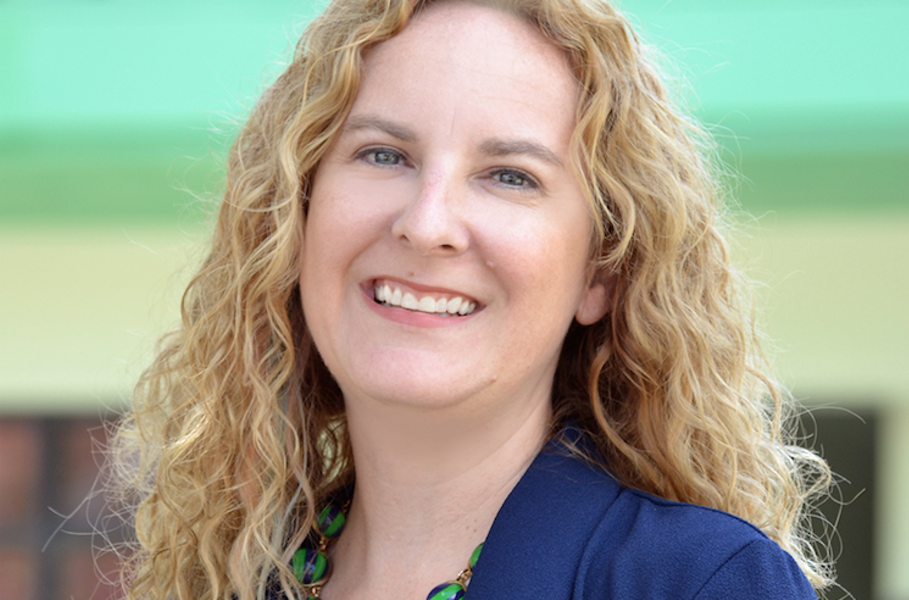 At the same time that outgoing Orlando Fringe Festival executive director George Wallace was being honored on the eve of his departure to Indianapolis with a going-away party at the Hammered Lamb, the organization announced that it had found a new leader. But the new face fronting the Fringe will be very familiar to longtime followers of the Fest, because although new executive director Alauna Friskics will take several months to transition into her new position, she's already been part of the festival for nearly 20 years.

'FRINGE HAS GROWN ON EVERY LEVEL'

"I first came to the Fringe for spring break my senior year of college," Friskics tells me in an exclusive interview about her new job. "My dad and stepmom had moved to Orlando and discovered this little theater festival they thought I would like. My dad was the original beer tent manager. That year, in 1998, I volunteered hundreds of hours. I was hooked."

In the years that followed, Friskics served as a volunteer coordinator, producer for Mission IMPROVable and other shows, and was financial manager/co-producer of the Fringe in 2002.

"One year, I volunteered to make the awards, so I ordered a lot of 100 used bowling trophies from eBay," Friskics recalls. "I took them all apart and reconstructed them with Barbie heads, doll clothes, glitter, pipe cleaners, etc. Each trophy was personalized to the category."

Friskics comes to the Fringe from the Garden Theatre, which she has guided since its renovation and reopening, and she says the choice to leave wasn't easy. "The Garden Theatre has been a part of my core identity for over a decade. Choosing to leave an organization that I built from the ground up is one of the hardest decisions I have ever had to make," she says.

Friskics leaves behind a now-thriving arts presence in Winter Garden, and an organization that she helped grow to a $1.4 million budget in less than nine years. "I am proud of taking artistic risks, and having a brave and capable board of directors who support and love this theater. I am proud that the Garden was the economic catalyst for the rebirth of this historic downtown."

As Friskics steps into departing Fringe executive director George Wallace's shoes, she has only praise for her predecessor: "As a friend and colleague, I have known for a long time that George Wallace is a talented and capable arts leader. I believe George has grown the organization in all the right places."

Likewise, she's looking forward to working alongside her friend (and former roommate), artistic director Mike Marinaccio, she says. "Mike and I have been great friends for a long time. Working with someone I know so well will allow us to jump right in. We already have a communication shorthand in place. We respect and know each other. It means we can hit the ground running and not have to waste time getting to know each others' nuances."

Looking to the future, Friskics has only excitement to share. "When I was involved in the past, Fringe was a completely different organization. It's grown on every level. That is what excites me," she says. "I have a lot of listening and learning to do from the board, staff, volunteers, audiences, and the community. I am sure a million new ideas will pop up. It's just a question of harnessing those ideas and creating a solid plan that is right for the organization."

When asked about her long-term objectives as Fringe executive director, Friskics observes, "There are many similarities in the Garden and Fringe. Both nonprofits have experienced tremendous and rapid growth, and are both positioned for continued success." But she says her first order of business will be strictly by-the-numbers: "For anyone who knows me, they know I am most excited to pore over the finances. Nerdy, but true."

It isn't often I'm able to see the same show twice, but I happily made a return visit to Theater on the Edge for Stephen Belber's Tape. In my online review, I praised director Pam Harbaugh and her cast for "presenting a tightly crafted take on the material that sheds new light on a trio of otherwise unlikable characters," and moderating the post-show discussion after my second viewing only deepened my appreciation of the production. Luckily, they've extended their sold-out run through March 26, so you have one last weekend to catch it; order tickets at theaterontheedge.org.

Orlando Shakespeare Theater announced that New York actress Caralyn Kozlowski will join Star Trek: The Next Generation star Michael Dorn in the title roles of Antony and Cleopatra, opening March 29. The former Klingon will headline "An Evening With Michael Dorn" at the Shakes on April 9; limited tickets are still available at orlandoshakes.org.