A few of our favorite –thinks 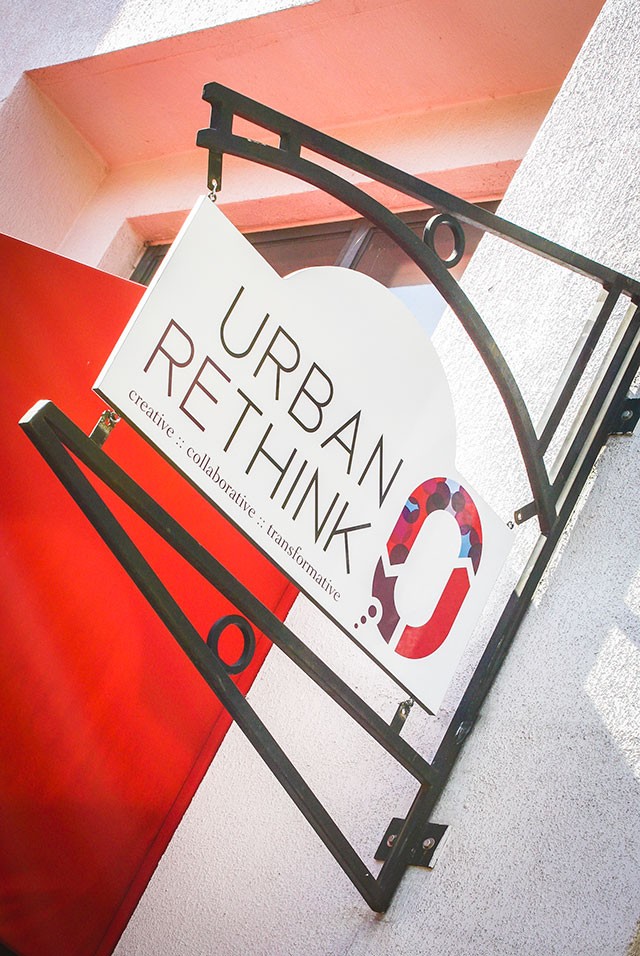 These were a few of our favorite -thinks: Nine notable moments in UR history

May 10, 2011: There Will Be Words
The first installment of the first prose reading series in Orlando features our own Billy Manes.

May 25, 2012: Big Nazo Puppets
Rambling the city before their Kids Fringe appearance, the troupe of foam-rubber freaks from another galaxy stopped in to bat their eyelashes and flail their tentacles at Urban ReThink. Grown-ups secretly cheered.

Oct. 19, 2012: Gloria Steinem
The feminist legend appeared at Urban ReThink prior to the presidential election to discuss the importance of voting. While on site, she tells a staffer that she wishes they had something like Urban ReThink in New York.

Oct. 23, 2012: Smell walks
Skyped in as a guest of the monthly Rethinking the City program, “smellscape” researcher Victoria Henshaw schools the crowd on a little-discussed part of the urban landscape.

March 16-23, 2013: Kennebec
In one of his last Orlando projects before he departed the city, Big Wheel food truck impresario Tony Adams creates a pop-up restaurant showcasing his skills on solid ground.

Aug. 14, 2013: The Artist’s Survival Guide
The first in a series of 12 talks meant to empower local artists with concrete instructions on skills and resources; a guidebook gathering all the seminars is planned for publication at the end of the series.