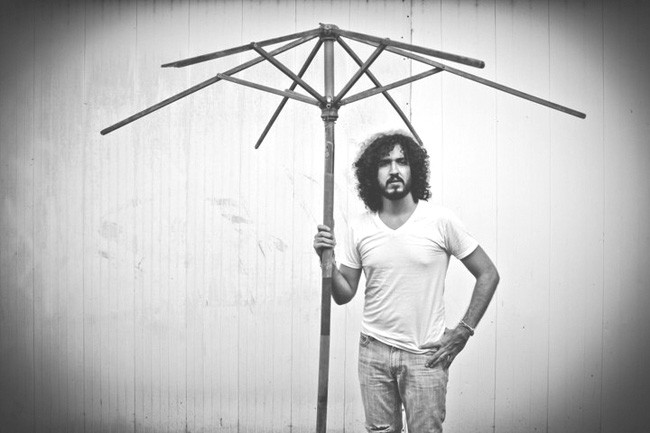 Not So Cold, Cave
(self-released)

During a psychedelic camping trip in the Florida panhandle, Orlando musician Gerald Perez “heard” music while gazing into the night sky. He’s been outwardly recreating that symphony ever since through his solo vehicle, Maximino. But unlike many such inspirations of temporary insanity, this one has been steadily and justifiably gaining traction among the area’s music cognoscenti.

The six-song EP is the first half of a two-part series kindled by that pivotal, ahem, trip, with the follow-up companion piece due this fall. The ethereal but thoughtfully crafted psych-pop here is proof that Perez has mastered the particulars of one-man loop construction to such a degree that its motion is fluid rather than rigidly orbital. Although it’s hinged on technological manipulation, his use of live guitar, cello, bells, keys and even purely textural vocals gives the tapestry an organic sensibility and human soul despite its altered (and altering) state. Moreover, the songs have proper arrangement and sonic narrative, and it all culminates in a sound that doesn’t just float – it spreads out, occupies your space and envelops you.

The soft but salient “Quitters” is a standout, as is the cinematic jaunt of “Stable Minds Awry,” the sleep-state swoon of “To St. George Island” and a title track that glides weightlessly between Moon Safari-era Air and Black Moth Super Rainbow. But the song that’s really making waves is his enchanted take on Sade’s riveting classic, “No Ordinary Love.”

Instead of the dubious fog that many other dream weavers get lost in, Maximino’s rippling field of color is layered with intent and order. His considered psych-pop devices are there to evoke, not hide behind. Besides, Perez is a proper songwriter and Not So Cold, Cave is sterling documentation of an artist beginning to hone his aesthetic.

The EP is available online for free or donation at the Bandcamp pages of Maximino (maximino.bandcamp.com) and Orlando-based Glowmobile Recording Company (glwmbl.bandcamp.com/releases).