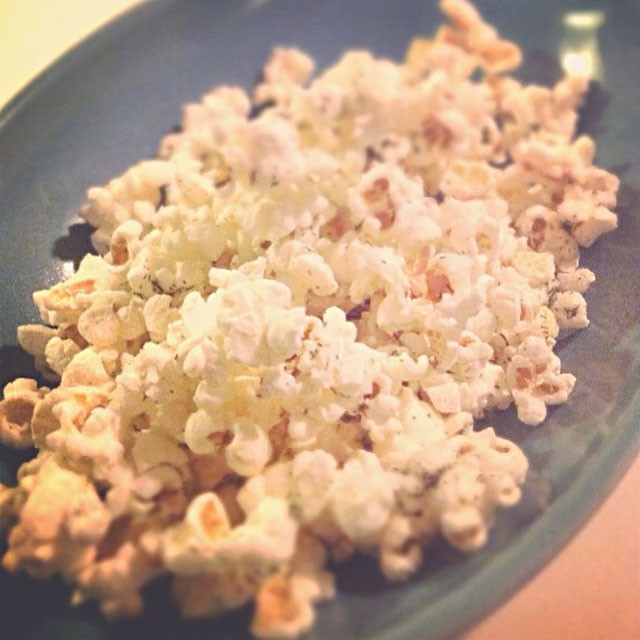 If you've ever lived in the Midwest, you know the allure of Garrett's popcorn. Huge tins of their Chicago mix (caramel corn tossed with bright-orange cheddar popcorn) are ubiquitous around the holidays. Something about our recent cool weather made me start craving the stuff, so I headed over to Kernel Encore thinking I might re-create my own cheddar-caramel nirvana, but I found so much more. Kernel Encore's menu lists more than 200 flavors (including beer, Buffalo bleu cheese wings, margarita, Chesapeake crab, eggnog, root-beer float and dozens of other more traditional choices) – though all of them aren't available every day, because the popcorn is mixed fresh each morning. I tried six or seven before I found my favorite: dill pickle. The fluffy air-popped kernels are intensely vinegar-sour, viciously salty and dusted with real dried dill – a classic salty-snack champion.