Once a decade, hundreds of riders come together to keep the traditions of Cracker culture alive

Till the cows come home

There's not a whole lot to see when you get to Kenansville, a tiny rural community about 40 miles southeast of Kissimmee. It's listed as a "semi ghost town," on ghosttowns.com, and when you get there you can see why – aside from a gas station (which also serves as a grocery and feed store) and a community center, there's not much else around. Webb's Heartbreak Hotel, which legend has it is the one that inspired Elvis Presley to write the song, stands watch over the empty stretch of Canoe Creek Road, which once led people into what in the 1800s was a typical Florida cattle town.

Related: View a complete gallery of photos of the drive here

There's not much reason for people to come to Kenansville anymore – even the closest ATM is about 15 miles away – but on a recent January morning, there's a long line of cars pulling up alongside a dusty dirt road that leads to the Silver Spurs arena, just off the main drag. They're here to watch the cows come home. 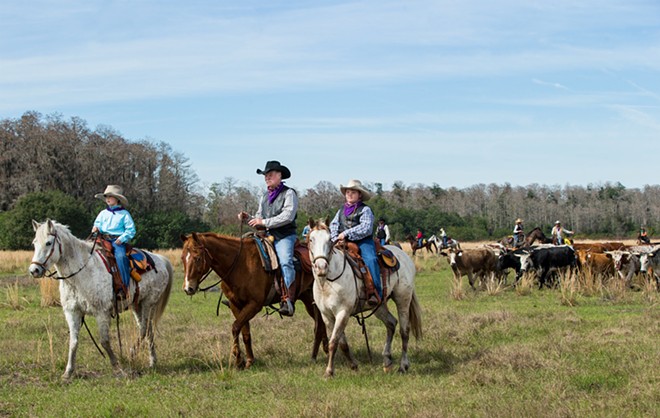 Every 10 years, hundreds of men, women and children take part in one of the most Floridian of living-history experiences, called the Great Florida Cattle Drive. They travel from near and far with their horses, trailers and gear to take part in the experience, during which they drive 500 head of Florida Cracker cattle – one of the oldest and rarest breeds of cattle in the country, directly related to livestock brought to Florida in the 1500s by Spanish conquistadors – 60 miles from St. Cloud to Kissimmee. They do it the old-school way – they ride horseback or in wagons the whole way, they camp in tents and they eat their meals around a campfire. Many bring their kids along for the experience.

They don't do it for money (in fact, people pay to take part in the drive) or for competition – they do it only for the experience and to keep the traditions of Cracker culture alive.

"The educational piece to this is so the children of Florida can learn about this lifestyle, aside from reading about it in A Land Remembered," says Michelle Mayfield Turner, a volunteer who also acts as the media liaison for the event. "This is all about keeping our heritage, our culture, alive." 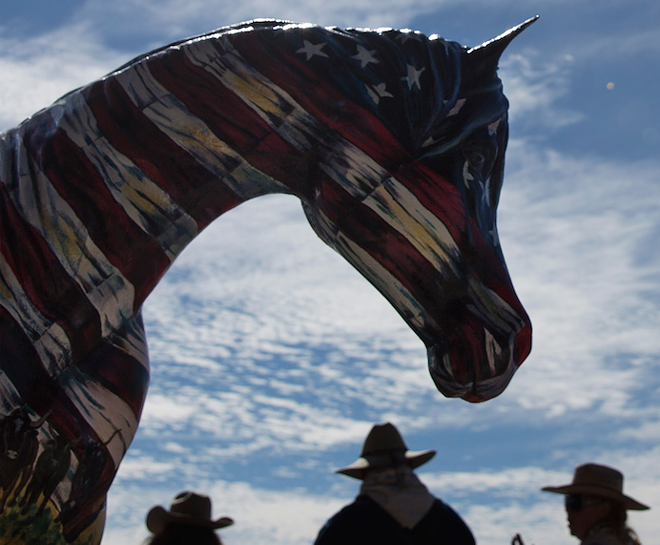 This year, more than 400 riders took part in the drive, and according to Turner, more women than men participated. "That's the first time that's ever happened," she says, adding that this is the third time the drive has taken place.

"The guys like to say the women have more free time and discretionary income," laughs Linda Ballantine Brown, an Osceola County rancher who has taken part in all of the drives thus far. "I say we are just tougher!" 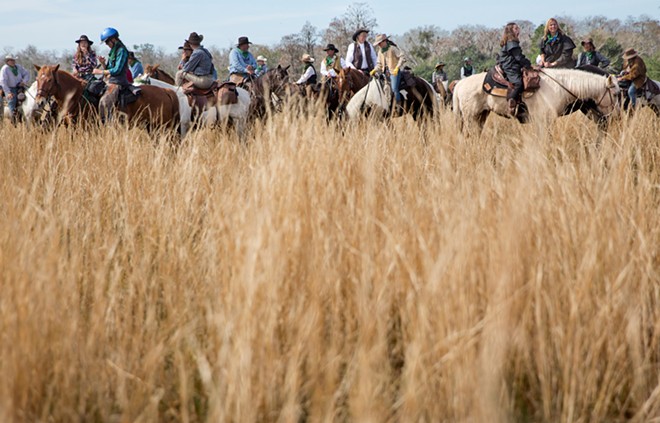 On Jan. 30, the riders drove the cows to Kenansville to mark the end of the drive, and riders, spectators and event organizers gathered in the scrubby fields to celebrate with barbecue, live music and storytelling.

"It was an adventure, and it was very wet," says Beverly Eckhardt, a sixth-generation Floridian who drove a covered wagon along the route. She says the experience, which was on her "bucket list," was more modern than she thought it would be, but it was truly authentic in that the unseasonably wet weather created actual obstacles that cow hunters of the past would have had no modern-day tools to overcome. "We were supposed to follow the cows all the way, but with all the rain, the creeks flooded, and we just couldn't get through," she says.

Outside the Silver Spurs arena, the riders sipped beer, fed their horses and wandered through some living-history displays set up in the field nearby. Two men, dressed in period Cracker cowboy costume, stood side by side next to a Ford F-150 pickup and held an iPhone out at arms' length. "Here," one of the men said to his friend. "Let's get a picture together."

It was, perhaps, the first selfie ever taken by authentic Cracker cowboys. – Erin Sullivan 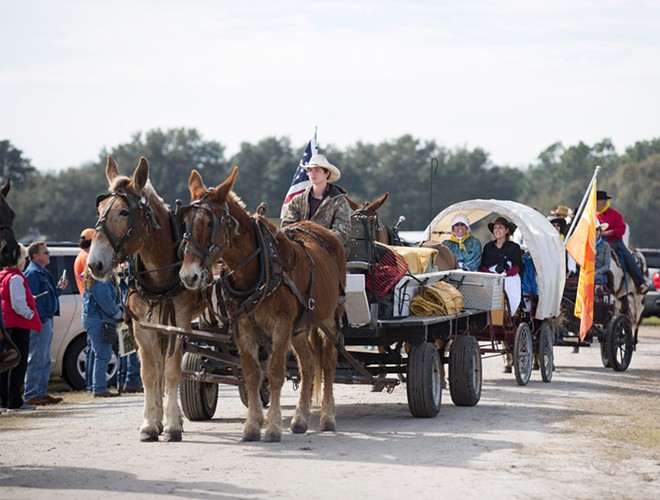 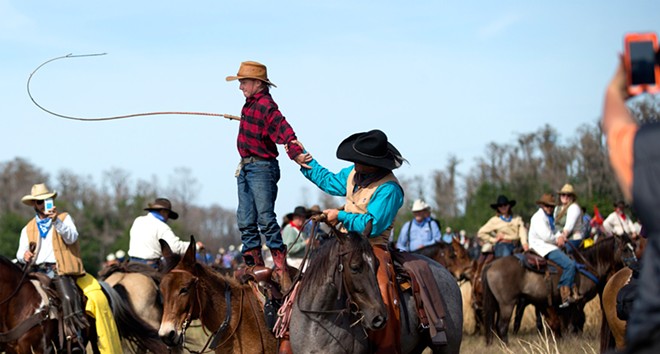 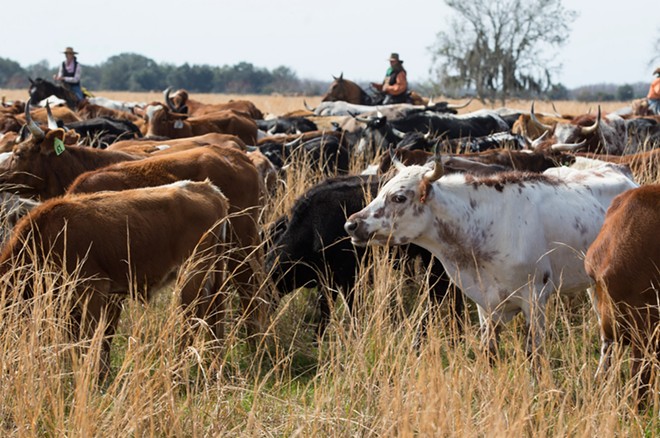