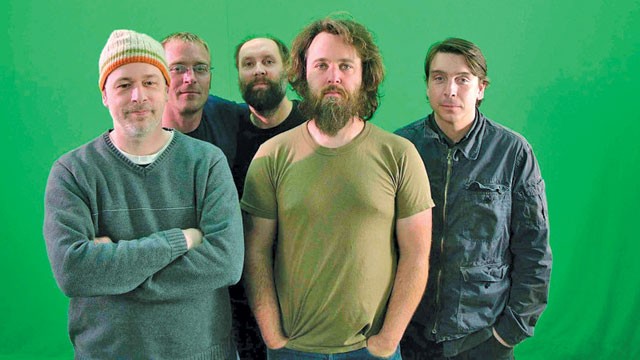 Touring can take a toll on anyone, but gearing up for the road proves especially difficult for family man Doug Martsch. Especially now. He's preparing to take his seminal indie rock outfit Built to Spill on yet another U.S. tour, which involves the kinds of errands many established bands would outsource, like picking up T-shirts and grabbing cash to pay a bus driver. As he gears up for the road this time around, those errands become something of a personal sacrifice for him. His son, Ben, is about to leave for college at Western Washington University, and this is the last day they'll spend together under the same roof. Martsch has no time to get sentimental about that fact as he prepares for another stint of the prolific touring that supports and defines his life's work.

"Our tours support our records, not the other way around," Martsch says from his home in Boise, Idaho. The band maintains a steady cult following built around albums like 1997's Perfect From Now On and 1999's Keep It Like a Secret.

"Our money comes from the tours," he says, "and we just do it so we can put out more records, really."

As anyone familiar with the band knows, even though they sometimes tour without a new album to support, live shows always include new sounds for die-hards to obsess over. Although Martsch describes Built to Spill as a rock band, extended jams showcase riffs that find their way into recorded material. Martsch says some of the songs on the new record are seven or eight years in the works. And as much time as he puts into tinkering with instrumentals, he says, writing lyrics is an even more painstaking process.

"I find that stuff interesting," he says of narrative songwriting. "I have a few songs that tell a story, but I don't really have a knack for it. I've stumbled across it only a few times in my life." Martsch says he's tried to tell stories with his music, particularly with his blues-inspired solo effort, but he tends to fall back on his method of playing with vowel sounds.

"I think a fun part of music is kind of coming up with weird ideas about what words mean," he says. "Even just bizarre sort of emotions that have nothing to do with what's being said." He often enlists his poet wife for help, but he says she's even more abstract with her writing style. He's had his signature red Stratocaster since he was 18 years old, and it's been used on almost everything he's ever worked on. For the past decade, though, it's been both a staple of the band's live act and a paean to his family.

"We played on Conan O'Brien maybe 10 years ago, and we were on tour so I wrote my wife and son's names on there just to say, 'Hi' to them. My arm rubbed off Karen's name, but Ben's is still on there," he says of the now-inscrutable silver drawings on the guitar's body.

Martsch will bring his band and guitar to four Florida cities in September. These out-of-the-way pit stops have become de rigueur in the past few years, which Martsch says is a recent development for the band.

"We played Florida a long time ago, and we didn't have a very good time," he says. "We were kind of Florida haters. We played a couple of clubs that were kind of shitty – the crowds weren't very good, and not a lot of people were there. Then later we did a week in Florida, and it ended up being the funnest week of the tour, and we met a lot of awesome people and played in some really cool clubs."

While the band's pretention and reluctance to heavily promote themselves might engender an aged fan base, Martsch isn't resigned to playing for the same converts.

"We still see kids come out to the shows," he says. "That's always nice."